Your Guide to Form 8606 as an Advisor 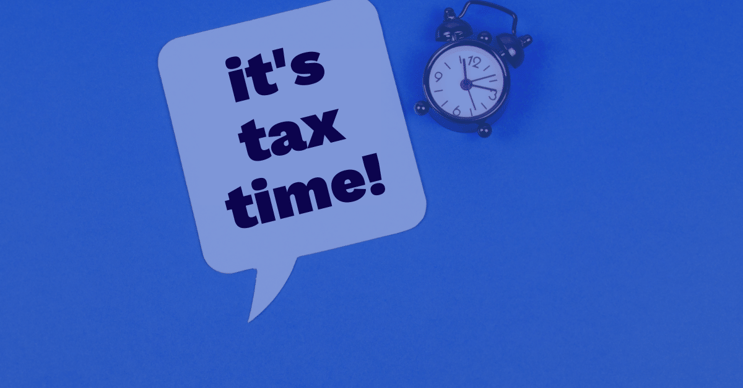 Occasionally illusive but equally as intriguing (you are hearing from a self-proclaimed tax nerd, after all), Form 8606, or a related topic, comes up often in conversations with advisors. Often, it surfaces in conversations related to Roth conversions, but the form plays other key roles in reporting individual retirement arrangement (IRA) activity. Let's take a deep dive into Form 8606 and get into all the details you need to know.

What is Form 8606 used for? Does your client need one?

We most frequently file Form 8606 for Roth conversions, but if your client is engaging in one or more of the following activities in a given year, then they can expect to file Form 8606:

Nondeductible contributions and distributions from traditional, SEP, and SIMPLE IRAs

If taxpayers (and their spouse) have earned income and are uncovered by employer-sponsored retirement plans, they are eligible to make a fully deductible maximum contribution of up to $6000 ($7000 for those over 50) in 2021 to their traditional IRAs. However, those with access to employer retirement plans are subject to limitations in deductibility determined by their modified adjusted gross income (MAGI). MAGI is the taxpayer’s adjusted gross income (before IRA deduction) plus foreign earned income, foreign housing exclusion/deduction, any excluded employer-provided adoption benefits (reported on Form 8839), excluded U.S. savings bond interest (Form 8815), student loan interest deduction, and tuition/fees deduction.

If your client has previously made nondeductible contributions to an IRA and they’re currently taking distributions, we’ll use Part I of Form 8606 to determine the taxability of their distribution. Why? When tax-advantaged accounts also hold after-tax funds, the taxability of distributions (even for Roth conversions, which we’ll address later) is determined by the pro-rata rule. When taking distributions, it’s not permissible for taxpayers to isolate pre-tax or after-tax funds. This means the taxable portion of the distribution is determined by the proportion of after-tax amount to the total amount in all traditional, SEP, and SIMPLE IRAs held by the taxpayer on December 31st of that year multiplied by the amount of the distribution (or conversion).

Example: Sarah is taking a $45,000 distribution from her IRA this year. She has made $30,000 of nondeductible contributions over her lifetime, which her CPA has carefully tracked on Form 8606. Her traditional, SEP, and SIMPLE IRAs total $270,000. Sarah’s percentage of after-tax contributions would be 11.11%, and $5,000 of her distribution would be non-taxable, with the remaining $40,000 would be subject to her ordinary income rate.

Conversions from traditional, SEP, or SIMPLE IRAs to Roths

Part II of Form 8606 accounts for the conversion of traditional, SEP, or SIMPLE IRAs to a Roth IRA via a rollover. Roth conversions are not subject to the MAGI limitations and phase-outs that direct Roth contributions are. This enables higher-earning taxpayers to access the future tax advantages of a Roth IRA. This loophole is often used two ways:

Example: Looping back to our previously mentioned friend, Sarah, let’s look at another scenario. Sarah is staring down a few years of lower than usual income, but she’s got plenty of cash and thinks there are brighter days ahead. Rather than take a distribution, let’s assume Sarah wants to convert $45,000 of her IRA to a Roth IRA. Her basis is $45,000, and her traditional, SEP, and SIMPLE IRAs total $450,000. When she converts 10% of the conversion, or $4500, would be tax-free, and the remaining $40,500 would be subject to ordinary income tax at her marginal tax rate.

Nerd Note: Failure to yield to and account for the pro-rata rule is a major contributor to poor execution of the backdoor Roth. It’s a topic for another day, but your client cannot execute a painless, nearly tax-free backdoor Roth if they’re sitting on an IRA balance at year-end.

“It looks like the former preparer didn’t include the 8606 in some years. Do we need to file for previous years? Should we?”

Form 8606 doesn’t need to be filed every year, which means that we have to be extra vigilant that the nondeductible basis isn’t lost when taking new clients. If you have a client that recently started working with us at XYTS and has EVER historically made nondeductible contributions (but not in the past two years, which is how many years of returns we review), let us know. We’ll collaborate to track down the most recent Form 8606 and ensure it gets carried forward. For thorough record-keeping and future verification of future non-taxable distributions, taxpayers should keep copies of the first page of Form 1040 in all years a nondeductible contribution is made to a traditional IRA AND the associated form 8606 plus any supporting documentation which may include forms 5498 and any associated 1099-Rs.

Occasionally, when reviewing new files and in conversations with advisors, we realize that taxpayers may have failed to file Form 8606 when previously required. We can remedy this by filing Form 8606 as a freestanding form with documentation of prior contributions and by providing evidence that no deduction was taken for contributions in that year. Often, taxpayers are concerned that they may not have long past returns on file, but transcripts of past filings can be accessed through the IRS. Without stated reasonable cause, there is a $50 penalty for failing to file and a $100 fine for overstatement of nondeductible contributions, but this is a small expense when considering the long-term taxable impact of not properly tracking the contribution basis. My advice: If there is basis at play in your client’s traditional IRA, let’s just file Form 8606 every year.

Have questions for the tax experts at XYTS? Or, better yet, want to have them in your corner this tax season? Learn more and get in touch with XYTS here. 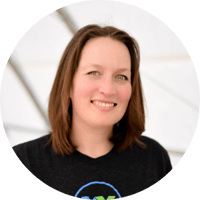 Rachel Black is a Tax Specialist on Team XYTS. She pulls from her depth of tax expertise as a CPA candidate with over a decade of experience in small business operations and client relationships to heroically handle all things taxes for XYTS clients. Rachel gets a thrill from working with clients to demystify data collection and taxation. When she's not proudly expressing herself as a tax nerd, Rachel loves coffee and tromping through the trees with her three girls.

8 Questions to Help You Choose Your Niche as a Fee-Only Advisor: