Roth Conversions: Everything You Need to Know as an Advisor 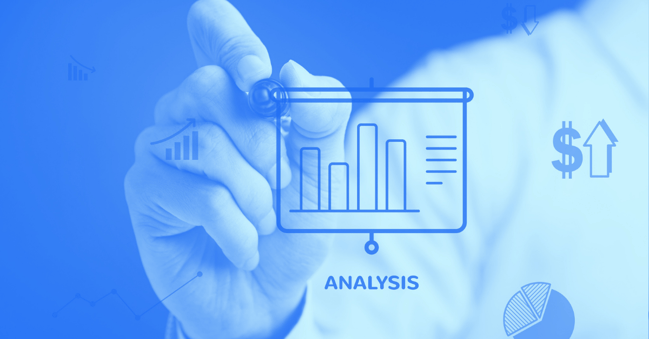 “Should I do a Roth conversion?” is a question financial advisors tend to get a lot from their clients. The short answer? It depends, and a lot of factors come into consideration, including current tax situation, current tax bracket, future tax situation, future projected tax bracket, financial goals, age, filing status, state of residence, estate planning wishes, projected tax rates due to possible future legislation, and the list goes on. Ultimately, an analysis would need to be done. Where do you start when doing a Roth conversion analysis? Let’s dive in and review the basics.

Traditional IRAs were established in 1974, and traditional 401(k)s were established in 1978. In general, these tax-advantaged retirement accounts allow taxpayers to contribute to them pre-tax (the amount contributed is not subject to income tax in the year of contribution), grow tax-free (capital gains, dividends, and interest are not taxed), and when the money is taken out later on, it is finally taxed as ordinary income. Note that there could possibly be after-tax contribution basis in traditional accounts (nondeductible contributions) which would affect the taxable ordinary income calculation (the pro-rata rule), which we’ll get into later. Traditional IRAs and 401(k)s are subject to Required Minimum Distributions (RMDs) once a taxpayer reaches 72 years of age.

Roth IRAs were established in 1997, and Roth 401(k)s were established in 2006 and work somewhat opposite of how traditional retirement accounts do; Roth accounts are after-tax, meaning the money has already been taxed, and there is no current-year tax deduction for making a Roth contribution. The money grows tax-free in a Roth account, and when the money is taken out later on, it will also be tax-free (as long as it is a qualified distribution). Roth 401(k)s are subject to RMDs, but Roth IRAs are not. However, the money in a Roth 401(k) can simply be rolled over into a Roth IRA to avoid RMDs.

What might this basic information about Traditional accounts and Roth accounts tell us? The IRS wants their taxes one way or the other—either at the end when the money is taken out (traditional accounts) or at the beginning before the money is put in (Roth accounts). Because of this, a general school of thought is that contributing to Roth accounts might make more sense when a taxpayer is younger, and income is lower. That way, the money is taxed when the taxpayer is in a lower tax bracket, and when they take the money out later in life, the Roth distributions will be tax-free when they are in a higher tax bracket. The tax is paid now, but eventually, the advantage will come later in life after a break-even point is reached, where the benefits of the tax-free growth and distributions outweigh the costs of paying the tax earlier in life.

On the other hand, contributions to traditional accounts might make more sense when a taxpayer is older and in a higher tax bracket. Pre-tax contributions to a retirement account would help reduce taxable income in the current year, and contributing to a Roth account might not make sense if the break-even point does not occur during the taxpayer’s lifetime.

What is a Roth conversion?

Ever since Roth IRAs were established, taxpayers have been allowed to convert money by moving some or all of it from their traditional IRA into a Roth IRA, with the conversion amount being classified as ordinary income in the year of conversion. Initially, only taxpayers with Adjusted Gross Incomes (AGI) under $100,000 were allowed to do Roth conversions, but since 2010, there has been no income limit. Therefore, anyone can do a Roth conversion regardless of income level.

Roth conversions might also make sense in a year or years that a taxpayer’s income is unusually lower than normal. For example, if earned income in a particular year is lower than normal (the taxpayer or spouse did not work due to a career change, layoff, sabbatical, or other reason, for example), a Roth conversion might make sense to take advantage of this lower tax rate.

Or, a taxpayer could be retired but won’t receive pensions, Social Security benefits, and RMDs until a future year. In this case, this retirement “sweet spot” could be a number of years where the taxpayer could take advantage of the lower income and do some Roth conversions.

Other circumstances may arise in which a Roth conversion may make sense. For example, because of the COVID-19 pandemic and the CARES Act that passed in 2020, RMDs were waived in 2020, allowing some taxpayers to take advantage of this lower income to do a Roth conversion. Situations like this could arise again in the future.

If a taxpayer absolutely does not want to take RMDs when they reach age 72, Roth conversions may be a solution to that. The taxpayer could take the tax hit now with a Roth conversion, but the taxpayer would not be taxed on money in a Roth IRA again and would never be required to distribute the money.

Also, there are many other factors to keep in mind before realizing additional income from a Roth conversion in a given year. For example, if a taxpayer is in retirement and is receiving Social Security benefits, but most or all of the benefits are non-taxable, a Roth conversion might not make sense because it would increase the taxpayer’s income, which in turn increases how much of the Social Security benefits would be taxable. If a taxpayer is on Medicare, increased income from a Roth conversion could flag an increase in future Medicare premiums.

Many other things are affected by the income of a taxpayer, such as deductible medical expenses, child tax credit, dependent care credit, education credits, and the list goes on. That is why it is essential to do a detailed tax projection to analyze all of the moving parts of a hypothetical Roth conversion in a given year.

The SECURE Act that was passed in late 2019 put an end to the Stretch IRA. This might also encourage taxpayers to do Roth conversions now rather than leave their retirement accounts in traditional IRAs for their beneficiaries to inherit. Previously, non-spousal beneficiaries of traditional IRAs were allowed to “stretch” RMDs from beneficiary IRAs over their own lifetimes. However, the SECURE Act now mandates that beneficiary IRAs be completely withdrawn by the end of the 10-year period after the death of the IRA owner. These beneficiary traditional IRA withdrawals over a short 10-year period could cause a significant tax hit for heirs. However, if the IRA owner does Roth conversions during their lifetime, their beneficiaries would inherit a Roth IRA instead. Beneficiary Roth IRAs are still subject to the 10-year rule, but withdrawals would be completely tax-free.

The Biden administration tax proposals could also have some effects if any of them are signed into law. A couple of proposals include increasing the top tax bracket from 37% to 39.6% and taxing capital gains at 37% for taxpayers with AGI over $1 million. For any high-income individuals in the top tax bracket who are worried about these proposals and are thinking about doing Roth conversions, perhaps doing one now would be preferable at 37% instead of 39.6% in a future year.

The pro-rata rule for Roth conversions

If a taxpayer’s income is too high to contribute directly to a Roth IRA, they could do what’s called a Backdoor Roth. They could contribute to a traditional IRA (which has no income limits to contribute to), which would be non-deductible because their income is too high. After the nondeductible contribution is made, they could immediately convert the amount to a Roth IRA with no tax consequences. Please note that this only works if the taxpayer does not have any pre-tax money in a traditional IRA as of December 31 of that year, or else the Roth conversion would be subject to income tax because of the pro-rata rule (see above). If the taxpayer has pre-tax money in a traditional IRA, they could roll all of it into their current employer’s 401(k) (if allowable) or a Solo 401(k) (if self-employed), and then they could do a Backdoor Roth successfully after that.

How is a Roth conversion analysis done? A financial or tax advisor would first take into consideration all of the factors mentioned above and more. If it might make sense for a client to do a Roth conversion in a given year, the advisor would generally use a tax planning software such as Planner CS or BNA Income Tax Planner. Different scenarios could be run in which the taxpayer could max out federal tax brackets (e.g., 12%, 22%, 24%, etc.). The tax implications would be analyzed and compared. A long-term projection using financial planning software might also make sense to see where the break-even point is and if it is worth it in the long run to do a Roth conversion in the current year.

So, there is no quick, easy answer to clients’ questions about Roth conversions. As we’ve discussed, many factors must be taken into account when deciding whether to do a Roth conversion or not. You’ll want to do a detailed tax projection when considering a Roth conversion to analyze the current year’s tax implications, and possibly a long-term projection to see where the break-even point is and if it makes sense to do a conversion.

Although there are many moving pieces to analyze, taking advantage of Roth conversions can be genuinely beneficial in some cases, and your clients will thank you for thoughtfully considering all options. Want the expert team at XYTS to run a current year Roth conversion tax projection for you or your client? No sweat—get in touch here. 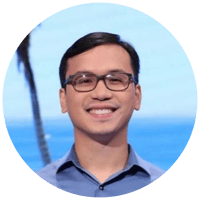 About the Author
Sam Nguyen, CFP®, EA, is Senior Tax Manager of XY Tax Solutions. He is passionate about helping advisors navigate the ins and outs of all things taxes. In his free time, Sam enjoys video and board games, anything in the Marvel Cinematic Universe, and going to the movies any chance he gets. Besides being a tax legend on Team XYTS, Sam's other claim to fame is being on The Wheel of Fortune and winning a trip to Belize.