Ep #21: The Career of Justin Rush - How a Failed Startup Attempt Led to Success 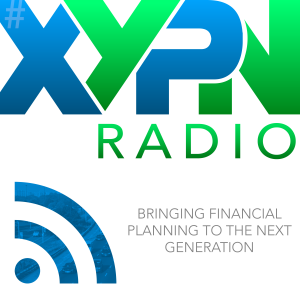 This week, I'm excited to welcome Justin Rush, founder of JGR Financial Solutions, to #XYPNRadio! I've known Justin for several years through our membership on the NAPFA Genesis Board, a segment of NAPFA for financial planners 33 years old and under.

I knew this interview would be great because Justin has such an awesome story. But it was even better than I had expected because there were a lot of things about Justin’s career that I wasn’t even aware of.

In our conversation, we cover Justin's discovery of the career of financial planning, how he learned what real financial planning was, and what ultimately led him to launch his first firm back in 2009. He then went on to launch his second firm (this year) and was able to bring roughly sixty client relations with him, which put him in a much better position this time around.

Justin's story shows how a practice owner can facilitate a junior advisor ultimately leaving to start their firm. Although you might prefer for them to stay on board at your firm, Justin has some interesting ideas on how and why you should help your up-and-coming advisors.

You will also want to hear what would have kept him at his old firm instead of leaving (and it includes a well-defined and signed succession plan). For the folks out there who are looking to start their own financial planning business, Justin is a great example of someone building a firm that supports the life that he wants to live.

What You'll Learn From This Episode:

This Episode Is Sponsored by:

Ep #103: From Zero to 38 Clients in 12 Months - How Shawn Tydlaska is Growing His New RIA
Ep #252: The Importance of the Monthly Retainer Model and How It Withstands Market Volatility
Ep #41: Convert Financial Planning Leads to Clients with Nancy Bleeke
Ep #268: Alternative Career Paths in the Financial Planning Industry: The Career of Emily Purdon
Ep #253: How to Communicate Authentically with Clients During a Time of Crisis