Ep #106: Leaving the Broker Dealer Behind - The Career of Bill Nelson

A key idea we hold here at XYPN is that it's usually a good idea to get experience in the financial services industry - or even another industry - before starting your own RIA. Our guest on this episode, Bill Nelson, had a career in compliance and then with a broker dealer before finally taking the plunge into true financial planning.

When Bill realized that working on Capitol Hill wasn't for him, he joined Price Waterhouse Cooper and became an expert on compliance. But when he and his future wife decided to move so she could attend medical school, Bill considered opening his own firm.

In this interview, Bill shares why he took the safe route when he first moved rather than start his own RIA. He talks about what he learned working for a big broker dealer, why working in the industry was so helpful before starting his own business, and what his business looks like today as he finally niches down. 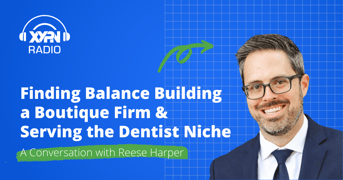 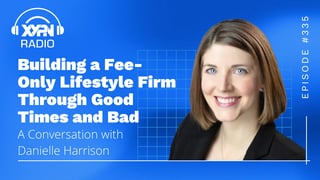 Ep #107: Moving Your Firm Across the Country - The Career of Nannette Kamien

Ep #323: XYPN’s 2021 Benchmarking Survey Results Review with Alan Moore and Michael Kitces
Ep #318: 60 Clients in the First 12 Months: A Conversation with Danika Waddell
Ep #328: An RIA Consultant’s Advice for Building Your Firm: A Conversation with Cameo Roberson
Ep #322: Serving Advisors Instead of Clients to Broaden Your Impact: A Conversation with Kathleen Boyd
Ep #41: Convert Financial Planning Leads to Clients with Nancy Bleeke