Will Good News in 2021 Be Bad News for the Market? 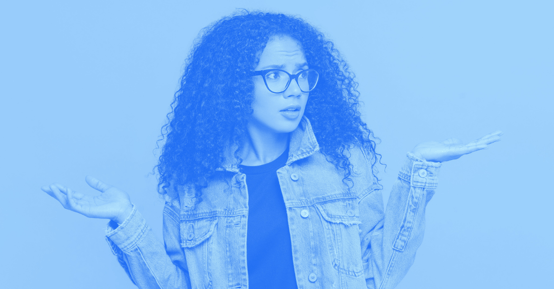 The risk of upside economic surprises in 2021 is building. The good news in 2021, COVID-19 vaccines are being rolled out quickly. This raises the prospect of the economy opening up soon. Meanwhile, Democrats won the final two Senate races of the 2020 election cycle. Therefore, increasing the chances of more aggressive fiscal spending to prop up the economy.

There’s an old Wall Street adage for the stock market that goes something like this: “Bad (economic) news is good news (for the market)”. We saw this dynamic play out in spades in 2020. Which gave us everything from a pandemic to dysfunctional elections to murder hornets. Despite these worries, the S&P 500 closed at an all-time high on December 31st!

While we would all like to hear some good news in 2021. This does bring up an interesting question for investors as we head into 2021: Will stronger economic numbers propel the stock market even higher? Or are we facing a risk that “good economic news is bad news” for the market?

Do Consumers Have Pent-up Demand to Spend?

At the end of 2020, Congress finally passed a stimulus bill that included another round of checks being sent to consumers. While they were half the size ($600) of what was sent last Spring, many people received this money by the end of the year.

When consumers received their $1,200 checks last April, many people used that money to pay off debt. Total credit card debt outstanding is $100 billion lower than it was pre-pandemic. This represents about 1/3 of the total stimulus money that was sent out. The rest was used to sustain living expenses for those that lost jobs, or to work on home projects for those fortunate enough to keep working.

Since then, the economy has stabilized and recouped about half of what it lost in the Spring. As fresh $600 checks hit bank accounts the last week of December, a quote from CEO Ray Blanchette of TGI Friday’s caught our eye:

“We’re actually doing much, much better for the last couple of days,” Blanchette said in an interview. He said the company noticed the increase “as soon as those stimulus checks hit — talk about pent-up demand.”

A chart we recently saw illustrates this pent-up demand nicely. It shows that consumption spending growth has lagged “spending potential” significantly in the last year.

Given COVID-19 vaccines are rolling out, the “risk” is for the economy to open up more quickly than what’s currently expected. As that happens, we may see a consumer spending surge. All due to how badly many people want to get back to normal.

How Will Democratic Control of the Senate Affect the Economy?

Two Senate seats were left undecided after the November elections, resulting in a run-off the first week of 2021. At stake: which party would control the Senate.

With President-elect Biden set to take office and the Democrats keeping control of the House, these races were big. Would Congress be split, resulting in more gridlock? Or would the Democrats take control, opening up the prospect of more spending?

With Democrats winning both seats in Georgia, we have one party in control of the White House and Congress. This historically means that big legislation gets passed. Here, Democrats have promised to send out yet another round of stimulus checks, this time $2,000 each.

To put the potential impact of these checks into perspective, the median family income in the United States is about $70,000, or $5,800 per month. If this new round of stimulus passes, a married couple with two young children would receive $8,000. Which is much more than they’d normally make in a month!

Given the long nine months everyone has been trapped in their homes, it wouldn’t surprise us to see a consumer spending surge if this new round of stimulus is passed. The combination of people emerging from hibernation and having a fistful of “free” money would likely lead to a surge of economic optimism.

Is Good News in 2021 going to be Bad News for the Market?

One of the hardest aspects of investing is that the stock market moves less on the news of *today* and more on what it expects the news to be in the next 6-12 months. Last April, we saw as the severity of the economic damage was becoming apparent. Several commentators said, “Why on earth is the stock market going up — the economy just declined by 33%?!?!”

It’s a perfect example of why making buy/sell decisions based on news you’re hearing today is rarely a good idea. The stock market already discounted that news weeks ago.

What drove the stock market to fresh highs in 2020 despite the economic turmoil? Answer: It was the promise and delivery of exceptionally easy monetary policy from the Federal Reserve.

As I’ve talked about in previous newsletters, the stock market is very sensitive to where Federal Reserve policy is going, not where it’s been.

In late 2018, the stock market declined by over 20% as investors worried the economy was in danger of overheating. Tax rates lowered for business and consumers alike, and the Fed was increasing the pace of short-term interest rate hikes.

Wayne Gretzky is famous for saying, “go to where the puck is going to be, not where it has been.” With that in mind, let’s imagine what mid-2021 might look like if COVID vaccines are rolled out aggressively. Small businesses will be allowed to reopen. Restaurants, live music events, and travel will be open for business for the first time in almost a year. Do you think consumers are going to be itching to get out and enjoy these things again? What if they have an extra $2,000 in their pockets for each family member? Heck yeah, we might see a feeding frenzy come Summer!

When Will the Federal Reserve Tighten?

If the economy gets “hot” in the summer, we have to think ahead to what the Fed might then be thinking. They’ve been clear for the last year that they expect rates to stay very low for several years. But if the economy surges, the prospect of higher inflation also rises.

Anyone that’s done a home project the last nine months knows construction materials and labor costs have increased. And for good reason; if we’re trapped at home, we might as well improve what we have to look at every day! Higher demand for something almost always results in higher inflation.

The Federal Reserve has been clear they want to see higher inflation. Which is why we expect them to keep short-term interest rates low throughout 2021. But frankly, they’re trying to achieve a Goldilocks situation where inflation goes up, but not by too much.

We believe the Fed overestimates their ability to fine-tune the economy with that much precision. As we learned in the 1970s and early 80s, inflation isn’t something that can be easily turned on and off. Given the massive potential pent-up spending impulse in the economy right now, we can envision a scenario where the mid-2021 economy is booming so much that investors worry about tightening Fed policy. And if that happens, history suggests the stock market could struggle as that new “risk” is priced into the market.

Separating the Real Economy from the Stock Market

Too often, I think the Fed and many investors view the health of the economy through the lens of what the stock market is doing. But we can’t ignore the fact that the Top 10% of all earners in the U.S. own 87% of the stock market wealth. There’s a significant percentage of society that could not care less what stocks are doing since they don’t own any stocks. Their concern is jobs and making ends meet every month.

While the Fed hasn’t admitted any part in driving wealth inequality, they have said that the Goldilocks level of unemployment – the point at which the labor market is so tight that drives wage inflation – is lower than what they previously believed.

This leads to one of two potential scenarios:

One, the Fed leaves the punch bowl out longer so it drives the unemployment rate to a very low level. This is great for workers, obviously, but also raises the prospect of inflation.

Alternatively, the Fed may go back to its old playbook of tightening monetary policy – either explicitly or implicitly – at the first sign that the economy is overheating, short circuiting jobs growth.

Regardless of which of these scenarios plays out, we see increased risk of a “good news is bad news” scenario playing out for the market in 2021. As always, we don’t make portfolio decisions based on our guess of where the market is going to go. But we think it’s important to “know where the puck is going” so we’re on alert for potential investment opportunities down the road. 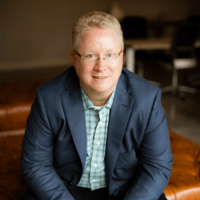 About the Author
Rob has over 20 years experience in the financial services industry. Prior to joining Financial Design Studio, he spent nearly 20 years as an investment analyst serving large institutional clients, such as pension funds and endowments. He had also started his own financial planning firm which was eventually merged into FDS.

Did you know XYPN advisors provide virtual services? They can work with clients in any state! View Robert's Find an Advisor profile.