Where Are You on the Financial Ladder? 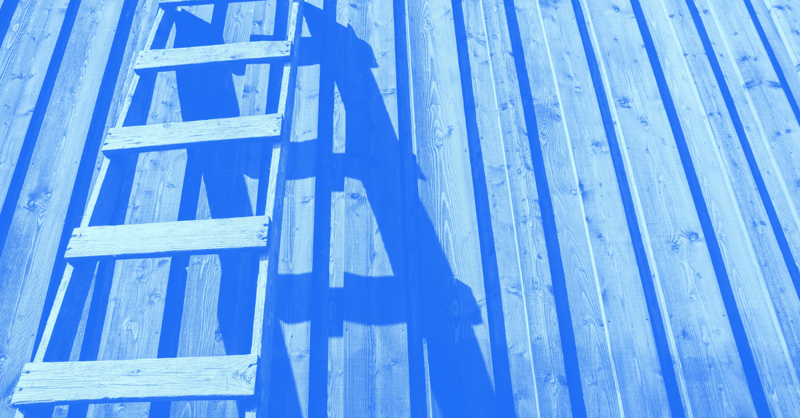 Some friends and I recently had an interesting conversation on "The Spectrum of Financial Dependence". We liked the idea—where do you fall on the spectrum? What's your "score"? (Yeah, I know, it's an easy trap to fall into, but it was fun.) But even though we liked the idea, we were a little iffy on the execution—some of the ranks on the spectrum seemed arbitrary and/or orthogonal to progression. Also, because it was applied to both businesses and people, it felt a little diluted.

Hence, this post: the Seaborn Personal Financial Ladder! The idea is straightforward: each rung is a step towards financial independence.

Before we get started, a couple notes:

Rung 0: complete dependence. You have no money of your own to spend, or if you do, it gets spend immediately on categories dictated by others. Small children fall into this category; for example, they're given money in a candy store and told to buy something. While you may have some choices on how to spend your money, they're extremely limited and short-lived.

Rung 1: a short-term discretionary budget. You're still mostly dependent on others, but you have a small amount of money that you can use to spend on discretionary items -- a basic allowance.

Rung 2: a long-term discretionary budget. Still mostly dependent, but now you have a larger budget that allows you to save up over time to buy higher-cost, non-essential items. Your benefactor(s) still cover your essentials.

Rung 3: long-term non-discretionary budget. Now you're responsible for saving up for some essentials, such as clothing. (This is where my children are currently.)

Rung 4: mostly independent. You're dependent on someone else's charity for a significant part of your living expenses, but you have autonomy over most of your finances. Most college-age children and "boomerangs" fall into this category.

Rung 5: independent. Your income comes entirely from wages, investments, pensions, etc. You may have bad debt, or no insurance, or no savings, but you're independent!

Rung 6: "starter" emergency savings. You have enough set aside in savings to handle minor emergencies.

Rung 8: no "really bad debt". You've paid off any credit card debt and/or consumer loans (or got this far and didn't have any to begin with. If this is a big hurdle for you, I recommend breaking it into smaller rungs for your own personal ladder!

(You may be wondering, why did I include this after rungs 6 and 7? Answer: because they provide "backstops" that are critical to not losing ground on your way to rung 8!)

Rung 9: full emergency savings. You've set enough aside in savings for 3-6 months of job loss, which should also be enough to cover other emergencies: medical, auto, and home. Like rung 8, break this up into smaller rungs as necessary!

Rung 10: no "bad debt". This is another one where you'll have to use your personal judgement. How OK are you with auto loans? Student loans? Your mortgage? In my finances, I've defined "bad debt" as "debt that's higher than my expected long-term return on investments OR that's keeping me from the 50/20/10 rule".

(Rung 10 is a huge turning point. Up until now, you've been working in the past or present: you were dependent on charity, or establishing backstops, or paying off debt. Now you're officially "caught up", and you can start preparing in earnest for the future!)

Rung 12: investing. You're starting to contribute to your 401(k), IRA, or other investment accounts. (No, it doesn't count if your employer is doing it for you; you're not at rung 11 until you're doing it yourself!)

(Now, if your employer offers a 401(k) match, you may be tempted to take it before you've knocked out the other rungs. I would not advise this for most people! That said, it's your ladder; if you've looked at it carefully and determined that it makes sense in your situation, go for it.)

Rung 14: mini-retirement/sabbatical. I highly recommend saving up for and taking a mini-retirement or sabbatical for several months. Once you're on track for your long-term goals, why not have a taste of what retirement looks like, but when you're still young? Not to mention the fact that this can help you figure out what you actually want to do with your life -- whether in retirement or in general!

Rung 15: semi-retirement. You can meet your long-term goals even if you take a significant pay cut for a significant amount of time. Maybe you love your job so much that you don't change anything -- that's great! But maybe you just work fewer days per week. (Warning: if you have an open-ended job like most tech professionals do, it's all too easy to end up working almost as much as you used to, just for less pay!) Maybe you take another job that pays less. Maybe you start an encore career. (Yes, I'm at this step.)

Rung 16: full retirement. You can meet your long-term goals without working for any pay at all. This isn't to say that you stop working! You just don't have to.

Rung 17+: ??? At this point, the next rungs are entirely up to you. Do you give your money away? Volunteer? Become a serial entrepreneur? A "genius / billionaire / playboy / philanthropist"? The choice is yours. The one piece of advice I'd offer is this: find someone you trust to help you determine where to go. As an Austinite, I'm familiar with the desire not to flaunt our wealth; we often don't want other people to know how far up the ladder we are. Find someone, though! I see the alternative far too often, especially with engineers; they just kind of float along, doing what they always did, while their net worth just piles up until they die sitting on hundreds of thousands of dollars -- or more! You may as well be lighting your money on fire.

So: where do you find yourself on this (new-and-improved) financial ladder? How does your ladder look different from the template? And how are you going to get to the next rung? 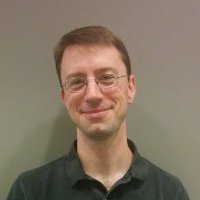 About the Author
Britton is an engineer-turned-financial-planner in Austin, Texas. As such, he shies away from suits and commissions, and instead tends towards blue jeans, data-driven analysis, and a fee-only approach to financial planning.

Do you know XYPN advisors provide virtual services? They can work with clients in any state! View Britton's Find an Advisor profile.