Tips for Investing in an Election Year 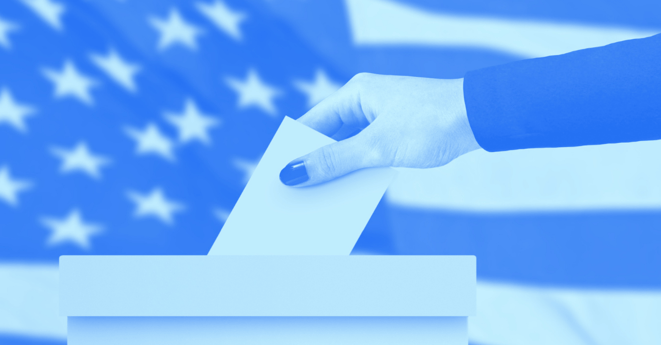 Every four years, nervous investors face the question of how to invest in election years, and whether or not they should wait until after an election to invest. This can be an emotionally challenging time, as candidates, campaigns, and social media spread divisiveness, fear, and more.

So, how should you invest around presidential elections (or should you sit on the sidelines until it’s all over)? No matter what you think of the candidate you don’t like, elections probably have less of an impact on your long-term investments than you think.

If you have a hard time believing that, that’s not surprising. So, let’s review some of the evidence from past election cycles. Undoubtedly, you’ll still be skeptical and (understandably) claim the four most dangerous words in finance: “This time is different!”

It may very well be different this time, but let’s not forget that in previous cycles, the country was also in uncharted territory (at the time), with strong feelings and agendas on the line.

The data below should show that:

The most important thing to know is that your emotions have a strong influence on your investing behavior. Even with all the facts, it’s hard to make a rational decision about your investments, and acknowledging that puts you miles ahead of most investors.

Before we get into the numbers, let’s clarify that nobody can predict the future, and this is information about the past—not advice. The past does not predict what will happen next, and anything is possible, including a completely unexpected outcome. Still, it’s often helpful to at least understand the past as we make decisions.

Markets Have Tended to Rise, Regardless

While stock and bond markets certainly experience bumpy patches, and losses are a reality, markets have tended to rise over long periods of time. As a result, it’s no surprise that markets often rise in election years—because they gain value in most other years, as well.

What About the Following Year?

In many cases (especially recent elections), the year following an election has been relatively good. That doesn’t mean the election year is necessarily bad, though.

You may also wonder if it matters whether or not a Democrat or Republican took office. Although a direct causation link may or may not exist, a study shows that when Democrats were in office, U.S. markets had a total return of 57.44% during a four-year term. When Republicans were in office, that number was 16.61%.

Although investing may still make sense, election years can be more volatile. That’s to be expected, as uncertainty about new policies and bold promises may cause some shuffling. However, the difference is not that impressive, with a standard deviation of 15.8% in election years vs. 15.2% in non-election years.

Your political views can skew your perception. In a Pew Research Center survey, when asked if economic conditions are good or bad, people tend to answer based on whether or not their party is in power. Because economic expectations impact the returns you expect from investments, this can backfire.

Remember March of 2009, when the markets finally reached the bottom after the Great Financial Crisis (or mortgage crisis)? Stocks rose sharply from there, but Republicans continued to doubt that things were getting better for most of the Obama administration. Over the next four years, an investor in an S&P 500 index fund might have earned a total return of just over 148%.

When Donald Trump took office after the 2016 election, Democrats’ views on the economy took a sharp downturn. If they let that influence their investing, they would have missed out on potential gains. Just looking at the confidence dip from November 9th, 2016 to January 1st, 2018, an S&P 500 investment might have returned almost 28%.

Regardless of which party is at the helm, it may make sense to stay invested. Remember that you vote with your ballot, not necessarily with your investment dollars. The most important thing is to have assets to help you pay for goals like education, retirement, healthcare expenses, and more.

It’s More Than The Election

While political races can influence the economy, other factors have a huge impact—possibly more than politics. The health of the global economy, business cycles, and practices of prominent businesses can all influence stock prices. Plus, there’s always the possibility for unexpected disruptions—like terrorist attacks or global pandemics—which can affect markets.

While there are several theories out there that try to predict which years of a president’s term will be good or bad, these external factors can quickly render those rigid rules useless.

If you’re an optimist, reading that may suggest that you don’t necessarily need to obsess about which way an election will go. It’s about so much more than a single election (and midterm elections don’t necessarily change everything, either).

Yes, presidential candidates make bold promises, and they have some power over legislation. Plus, candidates may cause anxiety with rhetoric about how an opponent will cause mayhem in your life. But several thoughts come to mind:

Maybe those things will happen, and maybe not—and maybe it’ll end up looking very different from what you expected.  Only time will tell.

It’s easy to try and outguess the future, but for most investors, that’s both impossible and unnecessary. Smart, long-term investing is one of the most prudent ways to proceed, no matter what issue you’re seeing in the headlines. Policies may affect your business (and other aspects of your life), and that’s important. But the question here is if politicians will fundamentally change the investing landscape.

These concepts are important, whether you have $500,000 for retirement or $15 million of family wealth to oversee.

Go Back to Your “Why”

Why are you investing, and what is this money for?

If you’re investing for a goal that’s many years out—or a retirement that might last 25 years or more—the next presidential election might not have a substantial impact on your long-term finances. Anything is possible, and this election could affect you, but that’s not a given.

You’ll presumably be investing through many more election seasons. Some will go the way you want, and some won’t. But if you react to elections, it may end up hurting you.

This probably isn’t a time for heroics. If you’re thinking of making big bets in anticipation of your favored candidate’s victory, you may end up disappointed. It’s often best to use a tried-and-true strategy and avoid getting too fancy. Again, maybe it’s completely different this time, but that would not have been a good bet in the past.

A Sample of One

The most important thing now is what happens in the election cycles that you invest through. History can provide valuable insight, but there are probabilities on either side.

Imagine a day when there’s a 20% chance of rain. That’s a pretty low chance. But if it happens to rain while you’re out, that may be catastrophic or dangerous. For example, you might be hiking in slot canyons, and flash floods could be deadly. The likelihood of something doesn’t necessarily match up with consequences, so a low-probability event can have significant consequences.

What does that mean for you? It’s critical to develop a plan that takes into consideration a variety of outcomes. Undoubtedly, something (or many things) will happen, and you need to be able to respond—or choose not to—to whatever it happens to be. The actual event might be one of the things you anticipated, or it might be something else out of the blue.

While we don’t know what the future will bring, we know that there will be surprises, challenges, and opportunities from various sources. If you’re just deciding whether to be in or out based on who wins in November, you would probably benefit from a wider lens. 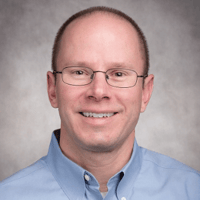 About the Author
Justin Pritchard, CFP® is a financial advisor with over 15 years of experience helping people with retirement. He's based in the small town of Montrose, Colorado, and he works with clients nationwide. When he's not working on somebody's retirement plan, he likes to ride his bike and ski.

Did you know XYPN advisors provide virtual services? They can work with clients in any state! View Justin's Find an Advisor profile.

Good Financial Reads: A Guide to Finances for Newlyweds

Our 8 Favorite Personal Finance Blogs for Millennials
A Millennial’s Guide to Budgeting for Medical Expenses
Personal Finance 101: Essential Tips for Beginners
5 Awesome and Totally Free Money Management Tools
Is It Financially Responsible to Own Pets?