Planning for "DIY" Work Sabbaticals (and Convincing Yourself to Take One) 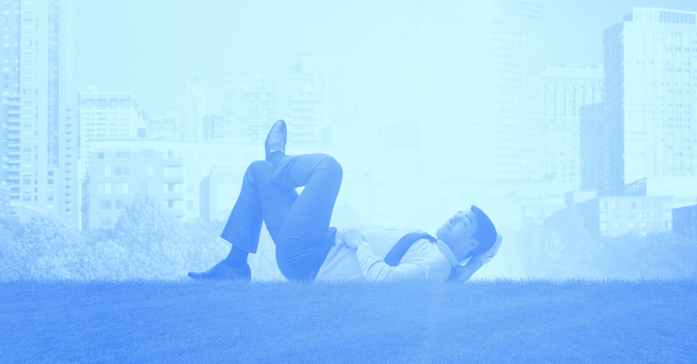 Anyone here remember the halcyon days of tech, when AMD offered an 8-week sabbatical after seven years of service? I do! This was back when I was an engineer, and I remember dreaming about how awesome that would be...until I realized that it wasn't outside the realm of possibility to just figure out how to do one myself. Mine was a mini-sabbatical that "just" involved burning 4 weeks of leave all at one go...but that, as crazy as it felt to me at the time, was scratching the surface. Why not make it three months? Or six? Or a year?!

If you work in tech, a work sabbatical is an extremely achievable goal, if you choose to go for it -- and I highly recommend it! Let's talk about why you haven't planned for one already, and then talk about actually making it happen...optimally, of course.

Should You Take a Sabbatical?

Virtually no one I know would turn down a paid sabbatical if their employer offered one. However, I understand if you're a bit skeptical on the idea of an unpaid one, so let me make a few points.

You might not be delaying retirement as much as you think. "But if I take a sabbatical, that'll completely blow a hole in my retirement plans!" OK, maybe, but...are you sure? Have you and/or a good financial planner run the numbers? When tech clients first start working with me, it's quite common that I find a lot of "sandbagging" when I run the long-term projections -- if they'd kept going on their current trajectory, they would have ended up dying on a huge pile of money. One of the favorite parts of my job is figuring out how to spend their "buffer" -- whether it's e.g. more travel, earlier retirement...or a sabbatical!

(Side note: stop and think about that for a moment, if you're on the fence about hiring a financial planner. Do you want to die sitting on a pile of cash that you never spent? How much would it be worth for you to actually get to use that pile of cash? By definition, it's worth at least the amount you wouldn't spend otherwise, right? I'm not plugging Seaborn per se, but I am plugging financial planners in general...)

Just because your company doesn't talk about something doesn't mean it's impossible. A lot of folks tend to naturally "color within the lines", and so the idea of taking a sabbatical has never occurred to them, simply because no one at work talks about doing it. Most companies aren't really built for employees -- particularly lynchpins like the kind of folks who read this blog! -- to take extended vacations, so they don't necessarily go around encouraging the idea. But if it comes down to a sabbatical or permanently losing the employee...well, a lot of companies can be negotiated with (via your boss, who knows how valuable you are).

To be clear: if you decide you want to take a year off, there's a good chance that you won't be able to come back to your old job -- someone has to do your work while you're gone, and it'd be a jerk move for your company to hire them only for the time you're gone! So it's entirely possible that taking a sabbatical means leaving your old job and, once the sabbatical is over, looking for a new one. Which leads us to.

It's OK to take a sabbatical between jobs. If you started hyperventilating at the thought of leaving your job without another job already in hand...well, I don't blame you. Here's the thing, though -- if you got laid off tomorrow, wouldn't you have to find another job anyway? And isn't that what your emergency fund is for? In which case, planning for a sabbatical simply means making sure you have enough money to enjoy the sabbatical and search for a new job when you're ready to come back to the working world. If you're working now, then you've done the job search thing before; you can do it again!

How about what a sabbatical looks like on your resume? Well, if you're taking a yearlong vacation every other year, then a potential employer will be a little worried -- and rightfully so! On the flip side, if you give a company or industry your all for ten years, then take a six-month break, that's entirely reasonable. Just be transparent about it on your resume and in interviews; "gap time" is common enough that there's plenty of material out there on how to handle it in a job search.

Think of a sabbatical as a "practice retirement" -- or even a permanent lifestyle, for those of you who (like me!) enjoy your work. I know plenty of hardworking rock star tech professionals who make really good money, and absolutely refuse to slow down until they permanently retire to a beach somewhere. However, they have no idea as to whether they'll enjoy it...because they've never tried it for an extended period. Will they enjoy it? Maybe. Or they might get bored. They won't know until they try it...and if they don't try it until they're 60, they might be very disappointed to find that life on the beach isn't what they thought it was!

Moreover, your sabbatical not be margaritas by the waves -- it might be something that requires extensive physical exertion, like hiking the Appalachian Trail, or simply something you'd enjoy more if you were younger and fitter. If that's the case, why not do it now, and retire a little bit later?

And if you don't like the idea of permanent retirement, why not build regular sabbaticals into your work timeline? This will give you a chance to periodically reassess what you love to do, what's important, and who you are. (And if that idea scares you...well, maybe that's a sign that it's an important thing to do.)

(IYKYK, as the kids say these days.) Alright, so you're convinced that a sabbatical is a good thing, and the long-term projections (Monte Carlo, ideally!) seem to work out alright. Financially speaking, though, how do you make it work? How do you fund it, how do you handle the lack of employee benefits, and what do you do tax-wise?

Strongly consider funding your sabbatical with a cash equivalent. If you've been around a while, you know that I (like the vast majority of other fiduciaries) don't like funding short-term goals with anything not guaranteed by the full faith and credit of the US government. To whit, I recommend that you fund your sabbatical the same way you would your emergency savings. Hell, you can simply pad out your emergency savings to your sabbatical length and just use them to fund your sabbatical, the same way you would if you got laid off! Yes, that might mean that there's a lot of money sitting in cash for a while...but remember, it's only for a few months, and even a "safe" bond-heavy portfolio could lose value suddenly and significantly (ref. early 2022).

Where should the money for that "pad" come from, though? Depending on your situation, there are a variety of options. You could temporarily reduce your other monthly investment contributions and funnel the money towards sabbatical savings -- yes, this means delaying retirement, but you've already decided the tradeoff is worth it, right? You could pull money from your liquid investments, including employee stock (if you haven't already converted your stock into a portfolio which matches your risk capacity and risk tolerance). If you've got a bonus or stock vest coming, you can use that to jump-start your savings. You can even pull your contributions from your Roth tax- and penalty-free if you've met the necessary requirements, though of course that's sub-optimal from a long-term tax perspective.

What do I do about employee benefits? You may be able to keep benefits while on sabbatical -- for example, you might make use of the "qualifying life event" clause to sign on to your spouse's healthcare when you leave your job. If that's not an option, however, it's worth noting the fact that you'll lose employer-provided health, life, and disability insurance while you're on sabbatical. All of these are available for private purchase; note especially that if you retire early, you're going to have to get healthcare insurance via the ACA marketplace anyway, so this will be good practice in figuring out how you do it and what kind you need!

However, I'm not demanding that you go out and find exact replacements for your employer-provided insurance. What insurance you get to cover your sabbatical -- or if you even decide to replace your insurance at all, given the relatively short time period -- is your decision. All I can tell you on this front is to be aware of what will happen, and think it through. And again, this is something a financial planner can help with.

Should I do anything tax-wise? While you're on sabbatical, you almost certainly won't be making the amount of money you were before, which means you may be in a lower tax bracket, which may mean changes to your tax planning!

Specifically, there are three items I recommend you take a look at: pre-tax v. Roth 401(k) contributions, Roth conversions, and capital gains harvesting. If you're making pre-tax 401(k) contributions because you're fairly certain you'll be in a lower tax bracket in retirement than you are now, it may be worth it to re-run the numbers and see if that situation will be different if you take a sabbatical. Similarly, you may consider making use of your low tax bracket in order to do Roth conversions. And on the capital gains side, you may find that you can realize capital gains at the 0% rate! And yes, this is something a good financial planner can help with, too -- tax strategies are a big part of what many of us do!

The Ball's in Your Court!

As you can tell, I really, really like the idea of sabbaticals, though the DIY version definitely requires a bit of homework. I want to reiterate, though -- planning for a sabbatical is a lot like planning for retirement, which you'll be doing eventually, anyway, so why not learn the skills and/or find an expert now? While I'm sure they're out there, I've yet to meet someone who regretted taking a sabbatical, and I've met a lot of people who regretted not doing so! 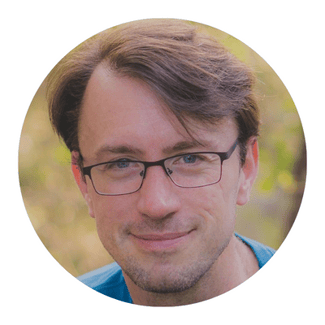 Britton is an engineer-turned-financial-planner in Austin, Texas. As such, he shies away from suits and commissions, and instead tends towards blue jeans, data-driven analysis, and a fee-only approach to financial planning.

Did you know XYPN advisors provide virtual services? They can work with clients in any state! Find an Advisor.