Berkshire Hathaway released its most recent (2016) annual shareholder letter and every retail investor in the United States posted on LinkedIn pretending they could invest like the Oracle himself.

Buffett’s legendary letter usually offers a vast amount of insights into business, life and investing. This year, Buffet spoke about a variety of topics from the effects of buying back corporate stock to emotional investing, but it was his comments on hedge fund fees and his take on the active vs. passive debate that have thus far been most controversial.

If you aren’t familiar with the active vs. passive debate, click here.

“Over the years, I’ve often been asked for investment advice, and in the process of answering I’ve learned a good deal about human behavior. My regular recommendation has been a low-cost S&P 500 index fund” said Buffett.

Buffett’s advice to individual investors is a classic gap between do what I dovs. do what I say. For most of his life, Buffett has been a bold but prudent active investor: going against the grain of popular opinion; making big, concentrated bets; and in the process earning returns that puts the S&P 500 to shame. Yet now, in his later years, his parting advice to the public (and to the heirs of his fortune) has been decidedly cautious and conservative.

Buffett’s advice to stick to passive indexing is cited by advocates of the ride-the-market approach as evidence that the ongoing debate between passive and active investing has turned in their favor. If the ultimate beat-the-market investor has switched sides and joined the passive investing team, who are we to argue? Yet as I’ve been responding to claims that this debate is over: Not so fast…

The underlying concern of Buffett’s advice is an important cautionary note we should all pay attention to. Attempts to beat the market can easily go horribly wrong and result in significant losses. Avoiding big losses has always been Buffett’s number one rule of investing. Thus, it may be a bad idea for some investors to even try to beat the market. At the very least, anyone making the attempt should do so with extreme care, and a healthy dose of humility. Yet the problem with applying Buffett’s advice to the average investor, particularly Millennials, is that Buffett has already made his fortune — so it makes perfect sense that his number one priority would be to protect and preserve that fortune. Millennial investors, on the other hand, are in the very early stages of building long-term wealth. They should be prudent, and careful, to be sure. But in my opinion they can’t afford to limit themselves — particularly given the realities of the post-crisis economy.

In 2009, Mohamed El-Erian was the CEO of PIMCO, one of the largest investment management firms in the world. As the world struggled through the early months of the post-crisis recovery, El-Erian tried to get a handle on how to view economic and investing prospects in the coming years. Many assumed that the economies of industrialized countries like the United States would sooner than later bounce back to pre-crisis economic health, as has historically been the pattern after most recessions. But El-Erian and his colleagues felt that the aftershocks of the Great Recession would be deep and long-lasting. They coined the term “The New Normal” to indicate a prolonged period of sluggish and uncertain growth. “Our use of the term was an attempt,” he wrote, “to move the discussion beyond the notion that the crisis was a mere flesh wound, easily healed with time. Instead, the crisis cut to the bone.”

Similarly, in April 2016 the McKinsey Global Institute, a respected analytics group, released a report supporting this idea of The New Normal. “The forces that have driven exceptional investment returns over the past 30 years,” the report says (such as low inflation and interest rates, strong global economic growth, and high corporate profits) “are weakening, and even reversing. It may be time for investors to lower their expectations… After an era of stellar performance, investment returns are likely to come back down to earth over the next 20 years.” Even a modest decline in average returns, they point out, has serious repercussions for the average investor: to make up for a 2% drop, for instance, “a 30-year-old worker would have to work seven years longer or almost double his or her saving rate.”

It was this challenging future I had in mind when, in my book (titled The Millennial Advantage) I wrote about what I called the Millennial Disadvantage (yes, I know). The Financial Crisis of 2008 has left a mark on Millennial’s financial prospects and will continue to do so. Older Millennials who had already purchased a home and those in debt suffered a significant loss of wealth during the crisis. For younger Millennials just entering the job market, the crisis dealt a sharp blow to job prospects and wages at precisely the time that young workers are usually building up their earnings potential. Millennials are embarking on their lifelong journey to build lasting wealth with a significant handicap. I remain optimistic that your strengths and advantages, and the strength and dynamism of the economy, will ultimately allow you to overcome that slow start. But an overly cautious approach to building wealth is unlikely, in my opinion, to meet the challenges posed by The New Normal. As I’ve stated before, Millennials, more than any previous generation, must take responsibility for their own long-term financial well-being.

Jason Kirsch, is a CERTIFIED FINANCIAL PLANNER™ and the founder of Grow. Jason has been featured in top financial publications such as Investor’s Business Daily, CBS News, Investopedia and Financial Advisor Magazine, and recently published an investment book called The Millennial Advantage: How Millennials Can (And Must) Be the Next Great Generation of Investors.

Do you know XYPN advisors provide virtual services? They can work with clients in any state! View Jason Kirsch's profile 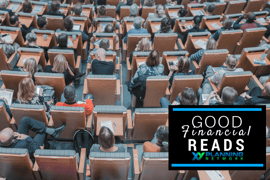 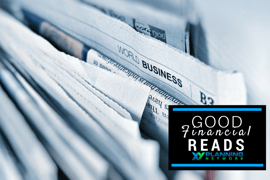 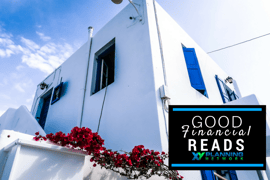 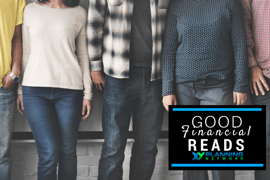 Our 8 Favorite Personal Finance Blogs for Millennials
Personal Finance 101: Essential Tips for Beginners
A Millennial’s Guide to Budgeting for Medical Expenses
5 Awesome and Totally Free Money Management Tools
I'm a Financial Advisor — Here Is How I Organize My Bank Accounts