Is it Time to Refinance Your Mortgage? Six Points to Consider 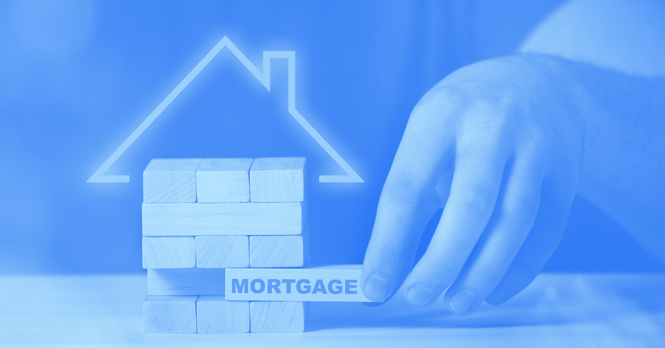 As mortgage loan rates hover around historic lows, almost everyone seems to be asking themselves if they should refinance. And if you aren’t, you should be. Your home is usually one of your biggest expenses and the source of a significant portion of your net worth.

Making the right choices about real estate can make or break your financial plan. That’s why it makes sense to consider all the angles before you make that important decision. Below are the top 6 things you need to think about.

Duh. That’s what got you thinking about this topic in the first place. There used to be a rule of thumb that interest rates needed to drop .75%-2% before refinancing made sense. I don’t think that’s the case anymore (if it ever was) because everyone’s situation is different. Use an online mortgage calculator to run a couple of scenarios to see what different payments would be. This calculator is one of my favorites, and also calculates the breakeven point I discuss below. Would it ever make sense to refi at the same interest rate or even one slightly higher? It might – see #2.

2. Value of your Home

In 2008 when rates started dropping, many people couldn’t take advantage of them because the value of their home dropped too. Even if you started with 20% equity, if your home value dropped 30%, you were screwed. Eventually, government programs like HARP brought some relief, and home values have been on the rise again in most areas. If you put 10% down a few years ago, and have been paying PMI, you might want to see if the value of your home has risen enough to refi and get rid of that portion of your payment. That’s when even the same interest rate will save you money. Depending on how long ago you bought your house, and the amount you put down as a down payment, you may have even more options – such as taking cash out (i.e. a “cash-out refi”) to use to accomplish other financial goals. But think about #3.

The length of the new mortgage is important when you refi. Although a drop in interest rate does cause your payment to go down, what most people don’t realize is that if you refi back into the same term you originally had, you might not be better off long term. Part of the drop in payment is because you’ve added more payments that you have to make beyond your original term. For example, say your original mortgage was for $500,000 at 3.5% on a 30-year fixed. Your P&I payment was $2,245. Three years later, you can refinance to a new 30-year mortgage at 3.0%, and the new loan amount is approximately $470,000 because you’ve paid off $30k during those 3 years. Your new payment is $1,982 and you start jumping up and down for joy. You’re saving $263 bucks a month! Well yes, for those first 27 years. Then for 3 years you’re paying $1,982 a month that you wouldn’t have had to pay had you stayed in your original mortgage!!! If you do the math, you are still saving over the course of 30 years, but it isn’t nearly as much as you thought. And tack on closing costs…see #4.

Many times when you refi, your mortgage guy either offers to “pick up the closing costs”, or they “get rolled into the loan”. When he says he’ll pick up the closing costs, that means you aren’t getting the best rate you could have gotten (i.e. you would get something like 3.125% in our example above), if you had paid your closing costs out of pocket. When closing costs get rolled into the loan (you borrow more than the $470,000 in our above example), that means you are paying interest on them for 30 years. Those closing costs end up costing you a lot more. If you pay closing costs out of pocket, then you have to think about how long you are going to be in the house and how many months of savings of $263 that it takes to break even (use the calculator above). Also, you probably want to shop around with several lenders and/or brokers and see who can give you the best deal – costs can be wildly different. Expect to pay about 2%-5% of your home’s value in closing costs depending on your lender and area of the country – see this article for a good explanation of all closing costs.

For many people, your personal situation may be what tips the decision one way or the other. Has your credit improved or gotten worse and do you have more or less debt than you did before? That will affect whether or not you can get the best rate. Are you looking to just lower your monthly payment, get rid of PMI, or pay your mortgage off faster with less interest paid over time? Do you plan to move in the next couple of years? Do you want to go through the hassle of refinancing? Not to make your head explode, but do you want to consider a cash-out refi so you can do some remodeling, or pay off high-interest debt? The refinance decision almost always involves several moving parts and non-numerical considerations.

6. The World Around You

One other consideration to think about right now. When rates dropped earlier this year, mortgage lenders were slammed with new applications for refinancing. In response, they raised their rates and tightened their standards for approval. If you want to refinance now, get in contact with your mortgage person to see how this might affect you. Expect a refinance to take longer than normal because of the higher volume. Lenders usually prioritize loans for new purchases over refinances because of the contractual time constraints. Prepare to be patient and produce a lot of documentation to prove your financial situation is stable.

And on the question of financial stability. Even if all signs point to refinancing being the right idea, there is a lot of uncertainty right now in the world. Who knows what will happen with the economy, jobs, and the real estate market. Sometimes it’s better to just hang tight in the mortgage you are in rather than adding the stress of refinancing to your plate during challenging times. 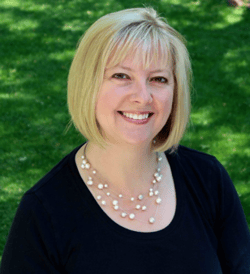 About the Author
Nannette Kamien, MBA, CFP® is a financial planner at Cultivating Wealth. Before joining the firm, Nannette founded Inspiration Financial Planning, a fee-only firm based in Encinitas, CA. She received her Certificate in Financial Planning from Boston University in 2015 and her Certified Financial Planner designation in 2018. In addition to financial planning, she enjoys working with families educating them about making smart financial choices paying for college. She wrote a book called Crazy College Money and presents workshops with the University of California, San Diego Extension program. Prior to changing careers into financial planning, Nannette spent 15 years in Business Intelligence and Information Technology roles. She earned her MBA in 2010 from the Kellogg School of Management at Northwestern University. Nannette enjoys playing golf and enjoying the beach with her kids in sunny Southern California.

Good Financial Reads: How to Handle Your Finances When Times Are Tough