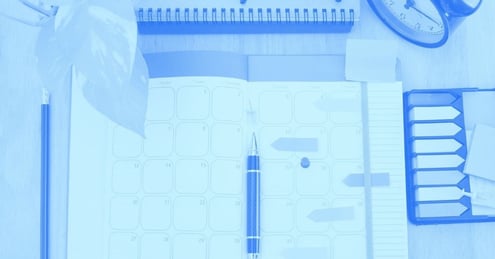 The IRS just released new retirement account contribution limits for 2015 due to an increase in the average of cost-of-living. So what changed, how does this affect you, and how can you take advantage of it?

The New Retirement Account Contribution Limits for 401(k), 403(b), Thrift Savings Plans, and Most 457 Plans

If you’re not sure if this applies to you, here are brief descriptions of each plan:

Under all of these plans, money is taken out of your paycheck and contributed directly to the account you have. These contributions are only taxed once you withdraw the funds in retirement.

Are you over 50 and wondering what “catch-up” contributions are? Since you’re closer to the traditional age of retirement, the government allows you to contribute more. If you didn’t make contributions early on, this is your chance to save as much as possible before retiring.

Unfortunately, Individual Retirement Accounts did not meet the threshold for the cost-of-living increase, so contribution limits remain unchanged.

As alluded to in the name, Individual Retirement Accounts are up to individuals to open -- they aren’t offered by employers. You should make use of them if you’re working for a company that doesn’t offer a retirement plan, though you can still open an IRA even if you contribute to an employer plan.

For singles and heads of household covered by workplace retirement plans that also contribute to a traditional IRA, the phase out begins with modified adjusted gross incomes (AGI) between $61,000 and $71,000. This is a $1,000 increase over the limit from 2014.

For a married individual filing separately, who is also covered by a workplace retirement plan, the phase-out range remains unchanged ($0 to $10,000).

If you’re a low to moderate income taxpayer, you should look into the saver’s credit. Its purpose is to give a tax break to those who earn less but still work to save for retirement.

Are you wondering exactly what “phased out” means? It refers to the gradual reduction of a taxpayer’s eligibility to contribute to a tax-advantaged retirement account as the taxpayer approaches an income limit.

In this case, income limits have been increased, so phase-outs are occurring slightly later on.

All of these IRS changes are welcome news for those dedicated to maxing out their retirement contributions. And if you're not contributing the new (or even the old) max yet? Consider this your invitation to start bumping up what you put in!

Start by increasing your contributions by just a percentage or two. Then, with every pay raise, contribute half of it to retirement accounts and add the other half to your monthly budget.

Why Are You Thankful?

Our 8 Favorite Personal Finance Blogs for Millennials
A Millennial’s Guide to Budgeting for Medical Expenses
What You Need to Know to Retire Early at 55
5 Awesome and Totally Free Money Management Tools
Is it Better to Pay Off Your Mortgage or Invest at Retirement?