Double Dipping: How to Take Social Security While Still Getting Paid 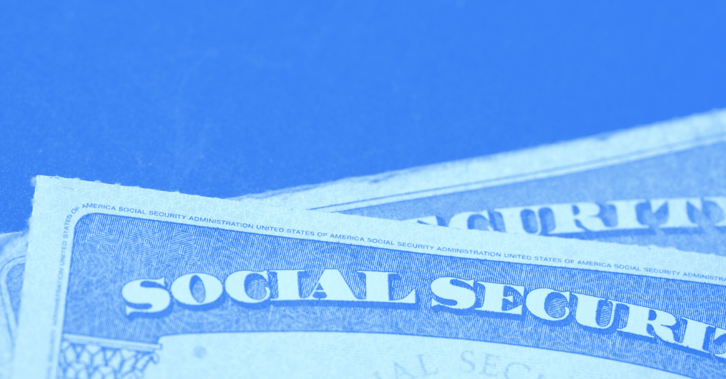 Conventional wisdom has it that Social Security benefits are for when you’ve retired. Earning money AND taking Social Security at the same time seems a bit rogue, and such schemes do have limitations imposed by the Social Security Administration. However, there ARE, in fact times when you can double-dip and collect Social Security retirement benefits, and there may be certain cases where starting benefits while still employed actually makes sense.

Historically, the Social Security Administration has put limits on how much someone can earn and still collect retirement benefits. Up until 2000, there were separate limitations on people before their ‘full retirement age’ and after that age up to age 70. Beyond age 70, Social Security hasn’t limited eligibility based upon earned income.

In 2000, though, the rules were changed so that anyone who is of “Full Retirement Age (FRA)” can take their Social Security Benefits without regard to earned income. In the years prior to FRA, there is a limit that is established and for every $2 above the limit, Social Security will withhold $1 in benefits. The 2019 Earnings Limit is $17,640. In the year a worker reaches his or her FRA, the limit is higher – $46,920. It’s important to point out that Social Security will not withhold benefits after Full Retirement Age, but that they don’t know when during the year the income was earned. For example, someone who reaches FRA in March, but starts a high-paying job in April may exceed the $46,920 limit. Since Social Security isn’t aware of when the income was earned, they will expect that it was evenly earned throughout the year, so they’ll withhold benefits in this case UNLESS the worker provides them with the information showing the income was made after his or her FRA (and thus not withhold-able.)

It should go without saying that since Social Security deferment only takes place on income over the Earnings Limit, income beneath this limit will not impact Social Security benefits. Someone whose Full Retirement Age is 67 can still start taking Social Security benefits as early as age 62. If their income is below the Limit during this period, they’ll be able to double-dip (we’ll call this strategy ‘skinny dipping’ due to the lower level of income involved!) One common misperception is that if someone makes more than the Earnings Limit, they will be forfeiting benefits for good. In fact, they are actually DEFERRING benefits. Someone who starts collecting a permanently reduced benefit at age 62, but whose earnings level causes them to have six months withheld, will be re-calculated at their Full Retirement Age as if they’d have waited until 62 and 6 months to start their benefit (and will receive the attendant increase in benefits).

A worker whose annual income exceeds the Earnings Limit, but whose income stops during the year (like a 62-year-old who retires in August) can still take a full benefit during the month(s) they are under ($17,640 divided by twelve equals) $1,470 in earned income. In this case, the worker would report their income to the Social Security Administration, and for this one year, the SSA would grant what they call a ‘Grace Year’, during which the Earnings Test is applied monthly instead of annually.

People whose income comes from investments

The Social Security Earnings Test only includes income that is generated from actual work (and that is reported on a W2) or in a self-employment situation. Therefore distributions from retirement accounts, pensions, or income or capital gains distributions throughout the year do NOT get subjected to the earnings test. Sure these are likely taxable income sources, but not ‘earned income’ for the purposes of the Earnings Test.

Workers whose income was earned during an earlier period

The Social Security Earnings Test only applies to income generated during the current period. Often, an employee will retire with ‘deferred compensation’ arrangements, where money that was earned in prior years gets paid to the employee after retirement. An important ‘gotcha’ here for would-be double-dippers: Since deferred compensation payments are generally reported on a W2 form (just like wages), Social Security will not be able to know that these wages were earned in previous years unless you tell them!

Workers with spouses who earn money

Even though they might file a joint return, spouses earnings are considered separately when performing earnings limit testing. If your spouse makes $1million per month, as long as your earnings and age allow, you can take a full retirement benefit.

So there are a lot of situations that allow for Social Security to be combined with other forms of income. The decision as to whether to actually do so depends on a large number of factors, but the tax-efficiency of Social Security benefits (partially non-taxed at the federal level and usually untaxed by states), make it a good way of being able to afford to boost tax-deferred savings where such plans are available. Of course, any decision to delay benefits or to take them early should be implemented with care and with someone who understands and can explain all of the considerations, tax-related, benefits related and otherwise.   Make sure any decision to double-dip yields the desired benefits!

About the Author
Craig Joncas is a Certified Financial Planner™ (CFP®) who believes that EVERYONE deserves access to quality financial advice. With the help of his team at Penobscot Financial Advisors, he provides comprehensive Financial Planning and Asset Management services to individuals and families regardless of their income, assets or financial standing. Craig strives to develop long-term relationships with his client, by acting as more than just their trusted advisor, but also as an educator, friend, and partner in their financial success.

Did you know XYPN advisors provide virtual services? They can work with clients in any state! View Craig's Find an Advisor profile.

Our 8 Favorite Personal Finance Blogs for Millennials
Personal Finance 101: Essential Tips for Beginners
A Millennial’s Guide to Budgeting for Medical Expenses
I'm a Financial Advisor — Here Is How I Organize My Bank Accounts
5 Awesome and Totally Free Money Management Tools