How to Be Financially Successful: 3 Things Wealthy People Do Differently Than Everyone Else 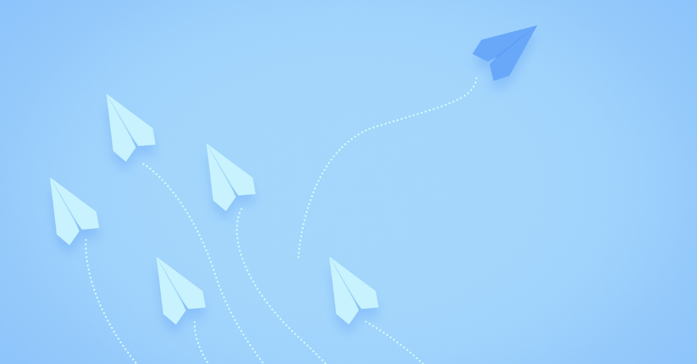 Ever wonder what it really takes to become wealthy and financially successful?

Assuming you don’t have a very rich relative who leaves you a lot of cash or you’re not on track to be the next Silicon Valley tech startup wunderkind, then you’re probably taking the same path most of the rest of us take:

Obviously, there’s a little more to it than just this list, but this 3-step process gives you an outline to follow. If you want to be “first-generation wealthy” — meaning, you’re not getting a massive inheritance and will have to build your wealth yourself — this is the most basic way to here there.

So why are so few people actually financially successful?

Again, the real answer is complex and nuanced and includes factors both within your control (like skill and agency) and completely outside of your ability to influence or change (such as longstanding systemic issues and plain dumb luck).

But there are a few things that people who “make it” financially tend have in common. Studying those patterns can help us see what we can replicate in our own lives to enjoy the same success — and wealth.

This is what financially successful people tend to do differently, and how it pays off:

A complex topic such as “how to be wealthy” can’t have a single source explanation, but if you had to point to just one factor?

Acting before you’re forced to do so. Planning ahead and preparing for a range of outcomes, from ideal to challenging to downright unfair. Understanding that while the future is unknowable, that doesn’t mean you have to wait for it to just happen to you.

You can act now and exert some influence over how your life unfolds. Financially successful people know how powerful it is to be proactive.

People who struggle with money even though they earn high incomes often feel stuck because they don’t plan or think ahead. They don’t consider where they want to be in 5 years (let alone 10 or 20!) so they never start making the necessary moves today that will position them for what they want tomorrow.

Those who are proactive, however, do plan. They strategize. They take time to dream about the future and work backward from there to get to the action steps they have to take now to make such dreams into realities.

People who are proactive with their finances tend to create, build, and keep more wealth than people who merely react to things after they’ve already happened.

Here are some examples of what that proactivity might look like in action. Financially successful people tend to:

2. They Think Positively, Not Negatively

Did you know your circumstances only account for about 10% of the influences that determine how you’ll react or feel about a situation you find yourself in?

For example, if you suddenly lose your job, the actual event of losing the job only exerts about a 10% influence over how your react to it or feel about it.

Meanwhile, about 50% of our reactions are up to genetics. If you’re naturally inclined to feeling negative or unhappy, which some people are, you might have to work harder than the next person to find the silver lining in an unpleasant circumstance.

But even accounting for that, that means a full 40% of your reaction is up to you.

You control it. You decide how you feel, how you react, and how you respond. That gives you a lot of power in deciding how your life goes.

We learned about this breakdown in both Solve for Happy by Mo Gawdat and The Geometry of Wealth by Brian Portnoy.

It seems clear that a major factor that sets successful people apart from people who find themselves struggling is chosen optimism — chosen meaning, you decide to be an optimist regardless of whether it comes easily or naturally.

People who are successful think positively. They reframe negative situations. When something “bad” happens to them, they tend to choose to respond in a positive and productive way rather than in a negative or self-defeating way.

This isn’t just a platitude; optimism really does seem to play a role in the success of entrepreneurs, leaders, and wealthy individuals. Check out some of these articles on the subject:

When you keep an optimistic outlook, you’re primed to look for opportunities. When you keep yourself down in the dumps, it’s hard to see anything but doom and gloom ahead.

There’s actually a scientific reason for this. It’s called the Baader-Meinhof phenomenon (or the frequency or recency illusion).

Once you think about or notice something, your brain tends to pay more attention to that thing and therefore thinks or notices more of the same than it did before… even though the likelihood or amount of that thing never actually changed.

Think back to the last time you bought a car. Afterward, you might have felt like you suddenly saw that same car everywhere. But it’s not because the cars increased in number; it’s just that your brain became primed to notice them (since you bought one yourself).

You can apply this idea to your financial life. If you prime your brain to pay attention to opportunities or good financial habits, guess what your brain pays attention to? More of the same.

The opposite, however, is also true. Think negatively and assume the worst, and your brain will respond by giving you more negative, worst-case scenario thoughts that keep you feeling down and stuck.

Positive thinking alone will not make you rich. But it is a prerequesite that sets you up to successfully engage in all the other behaviors and actions that will help you grow your wealth over time.

3. They Ask Questions, Not Assume the Answers

The third important factor that tends to set most financially successful people apart from people who struggle with money? Successful people tend to ask a lot of questions.

They don’t assume they have all the answers. Yes, they’re smart, motivated, and capable — but they’re also self-aware enough to understand they don’t know everything.

People aren’t just naturally “good with money.” Anyone who is financially savvy wasn’t just born that way. They learned. They experienced. They asked, and they listened.

Admitting you don’t know something or feel uncertain isn’t a weakness. In fact, it’s overconfidence in your own knowledge and all your assumptions about what you know that will land you in trouble.

Simply asking for clarification can do wonders for your financial trajectory.

Asking for help, advice, or guidance could mean the difference between a massive, costly mistake and getting on the right path early to maximize your potential.

And small gains — getting that little thing right — grow exponentially over time. James Clear explains the idea of these marginal gains, explaining that you’ll progress farther if you simply focus on making incremental progress (rather than trying to knock it out of the park once).

Financially successful people don’t just assume they’re doing all the little stuff right and only worry about their money when it’s a big deal. They constantly ask, “how can I make this small tweak and become 1% better?”

Ask, don’t assume. And while you’re at it, think ahead. Be proactive — and stay positive!

They’re all good step to take if you want to build your own financial success. 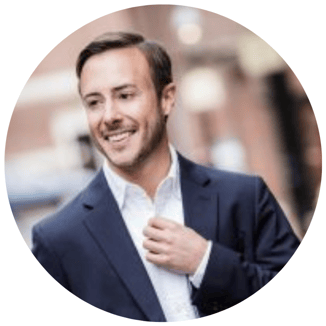 Eric Roberge, CFP®, is the founder of Beyond Your Hammock, a fee-only financial planning firm based in Boston, Massachusetts that specializes in providing planning services and investment management to professionals in their 30s and 40s.

Did you know XYPN advisors provide virtual services? They can work with clients in any state! View Eric's Find an Advisor profile.