Awakening Gen X to the Reality of Retirement 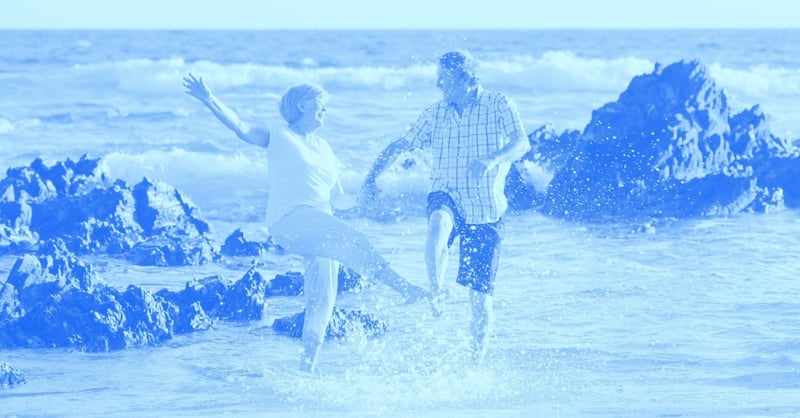 Nestled between the Baby Boomers and the Millennials is Generation X, a generation that, by and large, isn't prepared for the rapidly approaching reality of retirement. Many Gen-Xers began working right around the time that the tech bubble burst in the 1990s, and then many more lost substantial wealth in the economic crisis of 2008. Things like Social Security, which have been paid into for decades, can look pretty unsteady for members Generation X. That's why, in large part, it is so important for Gen-Xers to get serious about their future financial freedom by saving for retirement.

Saving for retirement is a daunting prospect when income goes directly to various expenses each month. Cutting down on fixed expenses wherever possible can have a significant impact on the ability to save for retirement. Generation X is one of the biggest groups spending money on credit card debt, which is an obstacle for saving. Paying off high-interest debt as quickly as possible can free up earned income to pay off mortgages or student loans faster. By reducing fixed expenses even slightly, it can be easier for a Gen Xer to pay off credit card debt in less time.

When unexpected expenses arise, or Gen Xers with children want to upgrade their home or pay for schooling, it is tempting to tap into a 401(k). Doing so, however, can absolutely put the future of your retirement at risk.

A much better option is to start slowly building up an emergency fund. Don't have one? It is never too late to open one at your bank, or even consider establishing a money market mutual fund. When unexpected expenditures arise, something that will consistently happen throughout life, let the savings in your emergency fund cover the costs whenever possible, and protect the assets stored safely in your 401(k).

Make the Most of Catch-up Contribution Rules

With standard limits in effect for most IRAs and 401(k)s, many members of Generation X believe that they are only able to set aside a specific amount of money per year. While this is mostly, true, those who didn't set aside money early on in their careers may be able to catch-up after the fact. If you have any extra money available to place in your retirement savings accounts, you may be able to exceed the limit and set aside more tax-free income for your future.

Generation X has seen the market crash more than once in their working history, but that doesn't mean they should be afraid to invest. Often, your 401(k) will include investment advice and financial guidance. If this is available to you, make the most of it, and consider ways to invest that are lower-risk and could help you protect your wealth.

Retirement age is on the rise, and many of Generation X believe that they will be working well into their sixties and even seventies. While this may be true, keep in mind that some senior citizens require long-term care, and aren't able to work even part-time beyond the standard retirement age. Prepare for the possibility of these costs by saving specifically for long-term care or investing in a long-term care insurance policy.

Give Your Finances a Once-Over

Ultimately, every Gen-Xer has a unique financial situation. While there may be similarities at play, every person will be different. Sit down with a retirement worksheet, determine expected costs and give your financial status a complete once-over. This might reveal areas that you hadn't planned for - like easily fixable bad credit issues - or it may even expose unnecessarily large expenditures that are keeping you further from meaningful retirement savings.

Between the tech bubble bursting, the instability of Social Security and the current economic crisis, Generation X hasn't had the best luck when it comes to financial stability. However, the right preparation can still ensure a comfortable retirement and a secure future.

As Gen-X moves closer to retirement age, the reality of their collective financial future is coming into clearer focus. Thankfully, it’s never too late to make thoughtful choices regarding new retirement strategies and savings plans, and take control of the rest of your financial life.

About the Author: Kate V is a finance writer and blogger. She graduated from the University of Illinois in 2011 and plans on pursuing a master's program in Accounting beginning this spring. In her free time, Kate trains for triathlons. Kate currently lives in Chicago.

Good Financial Reads: If It Sounds Too Good to be True, Funding Future Education Expenses, and More