Four Ways to Improve Your Budget 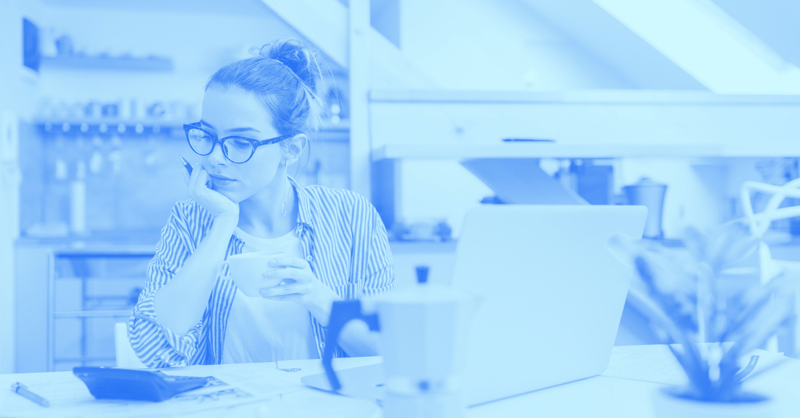 Budgeting can be a real drag. Even the thought of the term can bring tears of boredom or guilt to the most frugal of all spenders. Often times, budgeting can feel restrictive and time-consuming for little benefit, but if done right, budgeting can free you to be able to make the purchases that are most important to you.

After trying various budgeting systems during the first five years of our marriage - and failing at most of them - my wife and I finally found a way to budget that actually stuck. Budgeting used to be boring and frustrating, and every time we spent more than we should, I felt guilty about it. Eventually, though, we found a way for our budget to free us instead of restrict us. Here are a few of the rules we follow that I think have made a big difference.

1. Consider What Brings You Happiness

Before forming your budget - or before revising it – it’s wise to consider what brings you happiness, and then prioritize those items in your budget. For example, many people consider relationships with family and friends to be one of their top values. How can you adjust your budget to align with that? Maybe you can do that by creating a category called “friendship”, and when you want to spend some time with a friend, you can take them to lunch and categorize the purchase accordingly. My wife and I actually have a budget category called “marriage”, and when we spend money on a date, marriage book, or anything else that we believe is an intentional way to strengthen our relationship, we use that category. Or, maybe your family really bonds during vacations, so you allocate more money to that than, say, restaurants. A foodie, though, might intentionally budget a lot more money to restaurants than vacations. Whatever you enjoy most - whether it’s craft coffee, buying gifts for others, going on vacation, giving to the needy, or attending concerts – clearly identify it so you can be intentional about how you spend your money.

If you already have a budget, or if you’ve been categorizing transactions but don’t follow a budget per se, a good exercise is to write down your top five values. Then, take a look at where you spend your money. Are you spending money on the things that you find to be most important in life? Or are you wasting a lot of discretionary money on things that you don’t really enjoy? Chances are, you will find somewhere you can cut spending without really feeling the hit, and reallocate those dollars to things that actually matter to you.

If you’re having trouble identifying what you value, or if you’re just open to some research about happiness and how it relates to spending, check out this blog post about how money can actually buy happiness.

2. Give Every Dollar A Job

There are multiple different methods of budgeting. One way is to simply look at your take-home pay each month, and then form a budget that sums all your expenses/savings/giving, and equals your take-home pay. We did that for years. When expenses were irregularly high, I felt guilty about overspending, and there wasn’t much we could do about it, at least according to our budget. After all, our budget was sort of “set in stone”, because we budgeted for what we made. To compound the problem, when we had an extra paycheck during a particular month, or a bonus, we’d typically spend that on a treat. That’s a behavioral finance flaw called mental accounting, and many people fall in to the same trap.

What changed the game for us was to give every dollar a job. What does that mean? Instead of budgeting your future income, budget what you already have. Only when you get paid do you decide what to do with those dollars – not before. The easiest way to envision this is the envelope system. You’re taking every dollar you own, and you’re placing them in envelopes labeled “restaurants”, “rent”, “life insurance premium”, “travel”, “car repairs”, etc. If you have an irregularly high expense and you don’t have enough money in an envelope, what happens? If you don’t want to go in to debt, you have to take dollars from a different envelope. This really forces you to consider your priorities.

Here’s a tangible example. I’ve recently gotten in to feeding wild birds. It’s super nerdy, but I’ve been thoroughly enjoying it. We have a “birds” envelope that gets $30 placed in it each month. A couple weeks ago, I wanted to buy a hummingbird feeder, but the envelope was empty. My wife doesn’t care nearly as much as I do about feeding the birds, so I knew that if I wanted to buy it, I had to take money from my own personal “Dan” envelope, and transfer it to the “birds” envelope before buying the feeder. Did I want to reduce my ability to go to Raising Cane’s for lunch by taking money from my personal envelope? In my case, yes, I’d rather see hummingbirds in my backyard than have fried chicken, although it’s a really close call.

The drawback of the envelope system is that is horribly inconvenient. Are you going to have 30 envelopes sitting at home, go to the bank when you get paid and withdraw all your money so you can fill your envelopes, make sure you always plan on what you’re going to buy before you go to the store, and take money from the appropriate envelopes before you leave? Or maybe you’ll just keep all of your envelopes in your glovebox so you’ll always have the cash you need nearby (that’s a terrible idea, by the way, don’t do that). Even worse for me is the thought of leaving behind all of those travel points earned by using a credit card, because you’re purchasing everything possible with cash.

This is where the budgeting software we use called You Need A Budget (YNAB) really sings. YNAB is a digital version of the envelope budgeting system. Every time we get paid, the software detects new money, and then we get to “fill up” our digital envelopes. The single most effective way this has improved our finances is that if we are going to overspend on something (like bird feeders), we can still make the purchase, but then we have to pull money from another digital envelope (like Dan Eating Out) to cover the shortfall. Lots of other budgeting systems will help you categorize transactions and form a monthly budget, but YNAB is the only system I’m aware of that is a digital version of the envelope system, and that’s the reason we choose to use it after trying about four other systems.

3. View Your Budget Before You Make The Purchase

This seems like a no-brainer, but how often to you actually view your budget before you purchase something, instead of afterwards? For some purchases, this makes sense, but for discretionary purchases, it’s wise to see if you can afford something before pulling the trigger. Once you make a habit of this, impulse buys that you can’t afford will be a thing of the past.

Viewing your budget before a purchase can be another opportunity for you to weigh your values, and also avoid guilt. If you want to spend $500 more than you have in your travel budget, but you have a bunch of unused money in your “new car” budget, you can decide to take money from that new car budget and put it in your travel budget. You overspent on travel, but effectively, you could afford it. That money was just in a different bucket (or envelope, or digital envelope, or whatever you want to call it). No more guilt for overspending. The challenge I’ll mention here, though, is that typically someone will “borrow” from their other budget categories, but then they don’t actually reduce their spending in those other categories from which they borrowed. That’s another thing I like about YNAB, but other budgeting apps or software do allow you to accomplish the same thing, just perhaps not as easily.

4. Always Have Your Budget Handy And Up-To-Date

One of the challenges of viewing your budget before purchasing is that most people don’t have good data to help inform their decisions. For example, I used to rely on budgeting software to eventually detect and categorize my purchases so I didn’t really have to mess with entering transactions. I’d purchase a meal, three days later it would be detected by the software, and would reduce my available funds in my restaurant budget. The problem was that two days after the initial purchase (before it was detected by the software), when faced with the decision of bringing my lunch to work versus eating out, I might look at my budget and think I was fine, forgetting that I had made a purchase two days prior that just hadn’t been picked up yet by the software. Or, maybe the software thought my purchase at Target was for groceries, but it really was for clothes, so I thought I had more money available for clothes than I actually did. Now, my wife and I are in the habit of inputting transactions in our app right when they happen, so we’re always making purchasing decisions with up-to-date information. There are many different budgeting apps that allow you to do this straight from your phone, and if it’s an option, try it out for a couple of weeks. It will be tough at first, but eventually it could become second nature. With YNAB, sometimes it takes less than 10 seconds because it learns the GPS coordinates of the stores you shop at, how you typically categorize those purchases, and what cards you typically use at those stores. So, I just have to tell it the amount. Creepy? For some, maybe, but I don’t think so. Plus, it makes the process super easy.

I hope you can implement some of these ideas in to your own budget. If you’re not a budgeter, this probably seems overwhelming, and honestly, I’d agree. If you want to get started with a budget and never have before, I’d love to chat with you about some ways to get started that aren’t so intimidating. Or heck, just save your receipts for a month and see what you discover! What’s important is that you take a step in the right direction, not that you get it perfect the first time. Budgeting is a years-long process that will get easier over time, so just make the next correct decision without beating yourself up about what you’ve done in the past.

About the Author
Dan has worked in the financial services industry for more than ten years, and has been a financial planner since 2015. He grew up in Lincoln, majored in Finance at the University of Nebraska-Lincoln, and earned his Bachelor's of Science in Business Administration in 2008. In 2013, Dan earned his Master's of Business Administration with a concentration in Finance from the University of Nebraska-Lincoln. He is also a CERTIFIED FINANCIAL PLANNER™ professional. Dan and his wife, Kate, enjoy spending time with their two Balinese cats, Neville and Luna. They also enjoy riding their bikes to the Haymarket, discovering new restaurants, and traveling to new vacation destinations. Dan is also an audio enthusiast, a gardener, and a pianist. He would love to travel to the Grand Canyon, Japan, South Korea, and Sweden within the next ten years.

Did you know XYPN advisors provide virtual services? They can work with clients in any state! View Dan's Find an Advisor profile.

Our 8 Favorite Personal Finance Blogs for Millennials
Personal Finance 101: Essential Tips for Beginners
A Millennial’s Guide to Budgeting for Medical Expenses
I'm a Financial Advisor — Here Is How I Organize My Bank Accounts
8 Ways to Make Saving Money Fun