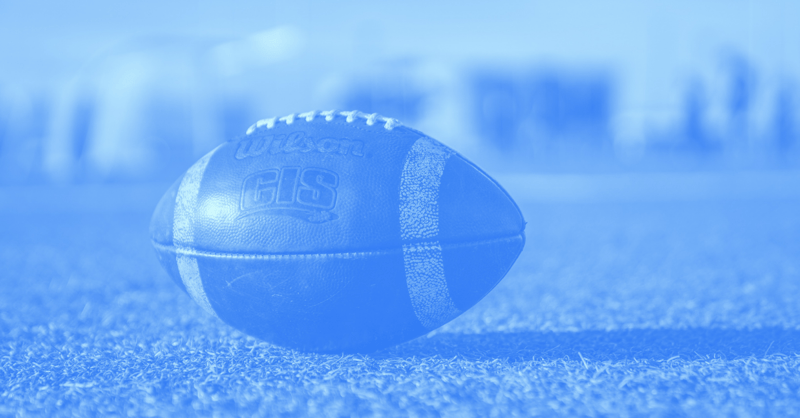 It finally came! The moment I’d been waiting for since football season ended in February.

It was early September and the fantasy football draft was about to begin. Last year’s performance was wiped away, and there was nothing stopping me from drafting a new team to win the coveted fantasy football championship.

Fast forward 14 weeks later, and the fantasy football regular season is now over. Looking back, it didn’t turn out exactly the way I had hoped. But it gave me something even better.

It taught me three very important lessons about how to invest.

David Johnson came into the 2017 season widely rated as the number one fantasy football draft pick.

He was poised to have an amazing 2017 season, and with the number one pick in my draft, I knew he was going to help me win the championship.

Until he didn’t. He dislocated his wrist in the first game of the year and hasn’t played a game since.

How can that be? With his incredible performance last year it seemed certain that he would perform well again in 2017!

The same thing can happen in investing.

Remember BlackBerry? Formerly the most prominent phone company in the world?

Going into 2007 BlackBerry was the hottest smartphone on the market. BlackBerry’s stock price rose from just over $60/share in June of 2006 up to over $140/share just 13 months later.

BlackBerry was the David Johnson of the phone market. It was on a tear until a little thing called the iPhone came along.

Over the past decade the iPhone has gone on an incredible run, turning Apple into the largest company in the world. As for BlackBerry? Well, it’s stock is currently trading around $10/share and has nowhere near the market share that iOS and Android have.

But it’s not just BlackBerry that suffered this fate.

JC Penney, Chesapeake Energy, Enron, Kodak. These are all companies that were once giants in their industries. For one reason or another, none of these companies enjoy the same dominance that they once had.

Whether it’s fantasy football or owning stock – David Johnson or BlackBerry smartphones – past results are no guarantee of future performance.

My strategy going into the season was flawless.

I was going to draft a running back with my first draft pick and then my next two picks were going to be wide receivers.

But the wide receiver selection didn’t stop there. I went on to select Jarvis Landry and Danny Amendola with two of my next few draft picks.

Nothing is wrong with these receivers. But here’s the thing – I didn’t draft any other high quality running back besides David Johnson. And I had to learn lesson #1 the hard way by losing Johnson in the first week of the season!

So what happened? I wasn’t diversified.

I owned too many wide receivers and not enough running backs. So when my only strong running back went down via injury, I didn’t have a viable running back to capture the points I needed for that position.

What happens when you’re not diversified as an investor? You also suffer.

If you started investing in 2000 and you only held big US investments, you would have actually lost money over the next ten years.

Now, this doesn’t account for the impact of dividends over this time, but it does show us the danger of not being diversified.

If on the other hand, you also owned international investments, small companies, or bonds between 2000 – 2009, then your performance would have been higher (assuming of course that you held your investments the whole time)

While US stocks struggled mightily between 2000 – 2010, international stocks, emerging market stocks, small company stocks, and bonds all fared much better.

Going into the last decade without being diversified was like me going into my fantasy football season without any good running backs. Don’t make the same mistake I did!

Lesson #3: It’s Hard to be Objective About Your Own Money

In my second fantasy football league, I used my 5th round pick to draft Danny Woodhead.

Like David Johnson, Danny Woodhead was injured during the first week of the season.

He was set to miss at least the next eight weeks of the 13-week fantasy football season. And with roster spots being a precious commodity, it was tough to decide whether or not I should keep him. So what did I do?

The end result – Woodhead sat on my bench for the next ten weeks, taking up a spot that could have been filled by a player that would have contributed to my performance.

Was this a good decision? No.

Did I do it for rational reasons? I hate to admit it, but no.

I did it for two reasons.

Reason number one – Woodhead played for the Chargers for four years. He was loyal to my Chargers, so of course I had to show loyalty to him. How could I cut a player that was so close to the team I cheer for?

Thinking back on this, there are a lot of parallels that can be drawn to behavior people commonly show with their investments.

I’ve met with many people who own their own company’s stock. There’s nothing inherently wrong with this, but the loyalty they have for their company can hinder their ability to make rational investment decisions.

I have seen many cases when selling company stock was the most rational thing to do, but many of these people’s loyalty to their company prevented them emotionally from being able to sell it.

I know the feeling! The loyalty that kept me from cutting Danny Woodhead is the same as the loyalty people feel when it comes to selling their company’s stock.

When it comes to choice – Research shows us that when we choose something, it can automatically become over twice as valuable to us in our minds.

This means that we value something we own by choice over 100% higher than an uninvolved party would be willing to buy it for. Over 100% – That’s insane!

But that’s exactly why it can be so difficult to sell losing stocks. We know the stock is dead in the water. We know that it’s probably not a good idea to keep owning the stock. But we do it anyways. Why? Because we were the ones that chose it. I chose Danny Woodhead, so I kept him even when prudence would have suggested a different strategy.

The same behavioral biases that led to me keeping Danny Woodhead can also cause investors to keep investments that aren’t good for them.

But if there’s any silver lining in my season it’s this – Hopefully the principles I learned about building a successful fantasy football team will help me to become a better investor.

Here’s to doing well at both!

About the Authors
James Conole is the Founder of Root Financial Partners. He helps modern entrepreneurs and professionals take control of their finances.

Scott Snider originally started Mellen Money Management in 2016 with the purpose of providing conflict-free advice, while emphasizing the financial impact of life transitions on household finances. However, Scott's desire to help a group desperate for good advice compelled him to leverage his expertise in areas that have been underserved in the financial planning industry -- student loans and college planning. With proper guidance, student loan borrowers and parents with college-bound kids gain the assurance necessary in order to maximize their financial resources across the board. The bottom line -- we help our clients quantify, evaluate, and understand the financial impact of major life events so that they have more money at their disposal to use towards the things they want in life.

Do you know XYPN advisors provide virtual services? They can work with clients in any state! View our Find-an-Advisor Portal

Our 8 Favorite Personal Finance Blogs for Millennials
A Millennial’s Guide to Budgeting for Medical Expenses
Personal Finance 101: Essential Tips for Beginners
Is It Financially Responsible to Own Pets?
5 Awesome and Totally Free Money Management Tools