Your Financial Advisor Has Conflicts of Interest. What Can You Do About It?

Rule #1: Realize that all advisors have conflicts of interest. It’s not (necessarily) a condemnation of the advisor to have them. It is, realistically, impossible to avoid them.

Rule #2: If an advisor claims to have none, either that advisor hasn’t thought through their process well enough, or they’re intentionally trying to mislead you.

I was inspired to write this post after reading a recent article in the Wall Street Journal by Jason Zweig (behind a paywall, so I’ve linked to his site), personal finance writer extraordinaire, about this very issue. In particular, about advisors who claim to be “conflict free,” which is Patent Nonsense.

There’s a lot of anxiety about working with a financial advisor, for darn good reason. The more you know about how an advisor works, the more confident you can feel, and the more likely you are to get financial advice right for you.

What Kind of Conflicts Exist?

No matter what business model, service model, or compensation model an advisor has, it creates a conflict of interest with the client (you, my fair reader). How the advisor operates determines what kind of conflict they’ll have, so you need to understand how an advisor runs their business and how they are compensated to understand their conflicts.

(There might be other ways of being compensated, and I might have missed more-minor conflicts of interest, but I’ve covered all the major ones here.)

Attempts to Mitigate Conflicts of Interest

Conflicts of interest are unavoidable. But they’re not good, so the government has made some attempts to minimize or mitigate their effects. As you can imagine, government efforts have left a little something to be desired, so much of the onus still lies on the shoulders of the individual financial advisor.

ATTEMPTS BY THE GOVERNMENT

Some financial advisors, like myself, are “Registered Investment Advisors.” RIAs are required to disclose conflicts of interest in their ADVs, which is a regulatory document all RIAs are required to give to their clients each year and every time it’s meaningfully changed.

Advisors can also be broker/dealers. A perhaps simplistic way of describing the difference is that RIAs provide advice and broker/dealers sell products. An advisor working for a broker/dealer might very well do both.

Why do I mention this?  Because the beleaguered Department of Labor Fiduciary Rule extends this “requirement to disclose” to representatives of broker/dealers, too. The DoL rule requires all advisors to retirement accounts (think: your 401(k)) to be fiduciaries, that is, to put their clients’ interests ahead of their own. As part of this, the rule requires that advisors disclose their conflicts of interests.

The DoL rule will “require brokers to clearly and prominently disclose any conflicts of interest, like hidden fees or backdoor payments often buried in the fine print.” The Trump administration has been doing its best to delay and de-fang this rule, and it is not yet implemented, so we shall see what requirements about conflicts of interest survive the onslaught.

ATTEMPTS BY THE ADVISOR

While some advisors are required to disclose conflicts of interest in their ADVs or other regulatory documents…who actually reads that sh*t? I can tell you right now, my ADV is 20+ pages of boooooring.

Alas, the disclosure requirement is often the same as “bury the client in minutiae so they can’t tell what’s important and what isn’t.” And there’s no requirement that I know of forcing advisors to bring up the issue in conversation with their clients or prospects.

So, if an advisor brings up this issue explicitly with you? I think you’ve got a keeper.

What You Can and Should Do About It

Alas (ooh! Second “alas” of the post…I must be writing about the financial industry), this is yet another instance in which you, the person seeking financial advice, have to take on the responsibility of figuring out the conflicts of interest and how they can affect you.

STEP 1. LEARN WHAT CONFLICTS EXIST FOR YOUR ADVISOR

This is perhaps the simplest step, though maybe a bit socially uncomfortable. Who, after all, likes to ask a question that’s equivalent to, “So, tell me how you’re likely to screw me over?”

Still and all, I encourage you to ask an advisor straight up what their conflicts of interest are. If your advisor hesitates, well, I can’t blame them…it’s not a very common or comfortable question. If they refuse to answer or say “I don’t have any” or “Don’t worry, I manage them,” that’s a red flag.

STEP 2. ASK YOUR ADVISOR HOW THEY ADDRESS THEIR CONFLICTS OF INTEREST

Again, this is something that most advisors might not think about much (yes, including me). Even “good” financial advisors. So, don’t be surprised if there’s some stumbling in the response, or even a “that’s a good question, let me think about that and get back to you!” (Hopefully, having written this blog post, I’ll be a bit quicker on the draw than that…)

STEP 3. DECIDE WHETHER YOU’RE OKAY WITH THE ANSWERS.

Like I’ve said many times, conflicts are inevitable. So, there is no strict rule about “this conflict of interest = good; that one = bad.” Though I should point out, I obviously drew my line in the sand when I chose my compensation model: a flat subscription fee, with optional percentage-of-money-being-invested on top.

Like most other aspects of personal financial planning, the right answer is going to be specific to your situation: your finances, your family, your personality, your goals, your grasp of personal finance. I won’t criticize you for using an advisor who gets commissions. I will make faces at you behind your back, however, if you do so without thinking through the effects. 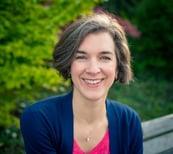 Meg Bartelt, CFP®, MS, is the President of Flow Financial Planning, LLC, a fee-only virtual firm that provides financial guidance to women in tech. Previously, she spent over a decade in the software industry

Do you know XYPN advisors provide virtual services? They can work with clients in any state! View Meg's profile

Our 8 Favorite Personal Finance Blogs for Millennials
Personal Finance 101: Essential Tips for Beginners
A Millennial’s Guide to Budgeting for Medical Expenses
I'm a Financial Advisor — Here Is How I Organize My Bank Accounts
8 Ways to Make Saving Money Fun