Bankrupt at 24: My Journey to Recovery 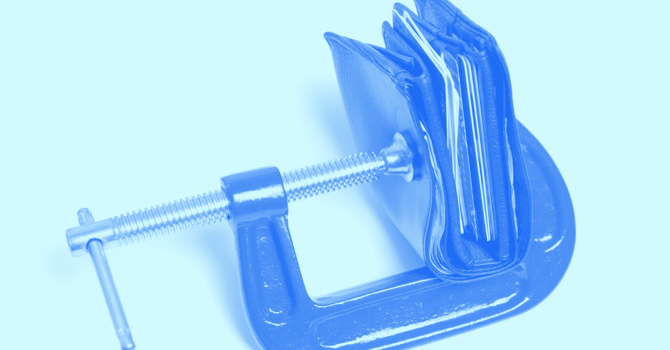 Bankruptcy is a scary word — especially when you’re young and just starting out financially.

As a sophomore in high school, I took a personal finance class that successfully drilled a few good financial habits into my thick, teenage skull. Once I hit 18, I used the knowledge I acquired to carefully begin building my credit. By 24, I had an enviable credit score; I never made a late payment, always paid above the minimum amount, had several revolving lines of credit in good standing, and had even bought and paid off a car.

And then it all came crashing down.

On Life and Lemons

America isn’t the greatest country to get sick in — healthcare is overpriced and tends to work against the common person. I found this out firsthand after a mystery illness left me thousands of dollars in debt, and unable to work. In six months time, I went from being perfectly healthy and having a normal life, to constantly writhing in unimaginable pain, losing my job, and owing a ridiculous amount of money in medical bills.

When you’re happy, healthy, and employed, having a monthly car, credit card, and cell phone payment isn’t too much of a stretch. However, once it’s all snatched away from you, you suddenly begin to question every financial decision you ever made. With no income and no savings, I was left with no choice but to file bankruptcy.

I remember lying on the couch, sobbing at the thought of destroying the credit I’d worked so hard to build. I felt like there was no light at the end of the tunnel— that the damage I was about to do could never be undone. In a way, I was right.

But, I was also wrong.

Time is a relative thing. Generally speaking, we compare time intervals to the total amount of time we’ve already lived. At 24 years old, 7 years was roughly 30 percent of my life — and that was a hell of a long time to wait for a bankruptcy to fall off of my credit report. I was forced to accept it, though. This was the hand I was dealt, and I would have to figure out a way to make it work.

The first few years after my bankruptcy were spent on physical recovery. I received a diagnosis and began to recuperate. Eventually, I was healthy enough to work again. Unfortunately, these moments of sunshine were overshadowed by one looming grey cloud. You see, bankruptcy left a mark on me, and it was one I hadn’t expected.

I was absolutely terrified of debt.

On one hand, I suppose this isn’t the worst thing in the world. On the other, much of the way our society works necessitates taking on some form of debt. The stress of the bankruptcy — lawyer fees, going to court, making payments to my creditors, completing required classes — caused me to dread the thought of ever owing anyone money again. I mean, hell, if bankruptcy happened to me once, it could happen again.

It took some serious coaching to convince myself to apply for a credit card. It had been five years since I filed for bankruptcy, and I knew it was time to start rebuilding my shattered credit. After a generous helping of positive self-talk, I applied for a store credit card — and was promptly denied. Despite some initial irritation, I was secretly relieved. I didn’t really want a new credit card, because I honestly didn’t trust myself with it.

But that didn’t change the fact that I needed to repair my credit. So, I put on my big kid pants and made a plan. The first thing I did was have my mother add me as an authorized user to some of her oldest revolving credit accounts. Common knowledge says the history associated with these account should be added to my credit report within a few months — I’m crossing my fingers that this is the case.

My next step will involve taking out a credit-builder loan. In a credit-builder loan, the money borrowed is deposited in a savings account and will only be accessible once I’ve fully repaid the loan. Once it’s completely repaid, my credit union will report the payments to the credit bureaus.

It’s been seven years and three months since I filed for bankruptcy —  which means, hopefully, that glaring red mark should be gone from my credit report. Despite my fear of debt, I acquired a bit more over the last few years. There were a few medical bills, vet bills, and a badly needed car (which is under my parent’s name) — but, as of yesterday, all my debt has been repaid.

I can’t be sure what the future holds for me, but for now, I’m going to enjoy living debt free, focus on building up a sizable emergency fund, and apply for a credit-builder loan. Like many millennials, I’ve decided to stay away from credit cards — I’m not going to buy anything unless I have the money for it in my bank account.

Debt, bankruptcy, unemployment; all of these things still terrify me. However, because of my experience, I’ve learned to manage money better than ever before. I’ve also obtained in-depth knowledge of how the credit reporting system works. I’m now equipped with tools I may have never had otherwise — and hopefully, I can use them to help somebody else out along the way.

Liz Greene is a writer, anxiety-ridden realist, and full blown pop culture geek from the beautiful City of Trees, Boise, ID. When not stalking the aisles of her local Ulta, she can be found shoveling down sushi while discussing the merits of the latest Game of Thrones fan theories. You can follow her on Twitter @LizVGreene, or check out her latest post on Three Broke Bunnies.