A Millennial's Unusual Search for Home 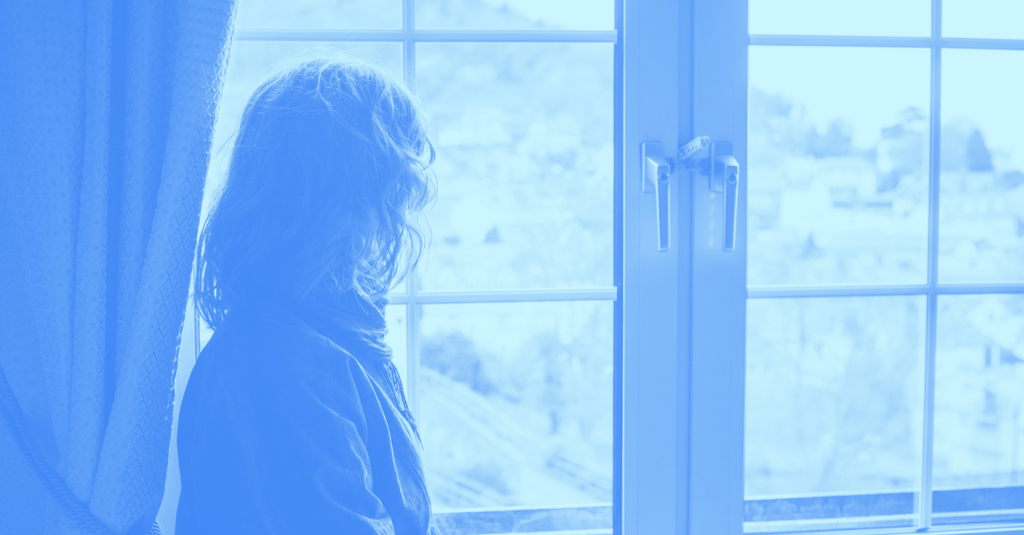 Like most millennials, I can’t afford a house — at least not in the traditional sense. I’m never going to have a “House Hunters” moment where I happily search for the perfect home. I’m never going to excitedly sign mortgage papers or gleefully post a picture on Facebook in front of my very own house. There will be no white picket fence for this lady.

While I technically have a credit score that would qualify for an FHA loan, the idea of ever having enough money to save up for a 10 percent down payment seems laughable. Even if I did somehow save enough money for a down payment, I can’t afford a monthly mortgage payment above $600 (which again, totally laughable). And beyond mortgages, home insurance, and the confusing world of property taxes, there’s still all the other bills that I would have to be able to pay — you know, electricity, gas, food. The fact of the matter is, I simply don’t make enough money to purchase my own home.

Perhaps that’s what led to my “bright idea” for having a place of my own without a hefty mortgage or ever-rising rent.

It all started in therapy (I know, weird, but bear with me here). My therapist and I share an affinity for tiny houses, and one day our conversation turned to whether or not a tiny house would be right for me. I told her that I’d done a bit of research on them, and like their larger counterparts, I simply didn’t have the money to afford one. Land, building materials, a contractor to do the work — all in all, for me, it would end up costing the same as a traditional home.

“Do you think your dad might let you build a tiny house in his backyard?”

It was a simple question, but one that snowballed into something I never expected. I mulled over her idea for a while before approaching my father. At first, he was a bit put off by the whole thing, so I dropped it. However, a few months later, he brought it up again. We talked it over and decided that it wasn’t the worst idea in the world. It would allow me a safe place to build an affordable home, not to mention save a ton of money by not having to purchase land.

It was when we got into the nitty gritty that I realized it would still end up costing more than I could afford. I was looking at $75,000 for a 500-square-foot home, and it just didn’t seem plausible. There were the multiple permits we’d need to build an “accessory dwelling unit,” house plans, lines, pipes, and connections to sewer and gas, a foundation, and so on. And getting a mortgage loan still looked iffy, given my credit history and the fact that lenders tend to shy away from non-traditional homes.

I’d hit a bump in the road and was at a loss as to what to do. Enter my dad and his idea for a detour.

“What if we just built onto the house,” my dad asked late one night, after returning from dinner with his girlfriend. His idea boiled down to building a 500 square foot addition to his home that featured a full kitchen, bathroom, bedroom, and living area. There would be an outside door, complete with walkway, and separate power, gas, and water meters. It would, in essence, turn his single family home into a duplex.

After crunching some numbers, we realized this would save me a significant amount of money. The only problem: “Dad, no one’s going to give me a loan to build onto your house.” Dad scoffed immediately. His plan was to take out a home equity line of credit (HELOC) and have me make the monthly payments. While the duplex plans does come with its own unique set of downsides, it solves most of my problems while still allowing me to “own” a home.

We’ve had the uncomfortable discussion surrounding what happens when my dad dies — I’ll be taking possession of his home — and now we’re ready to get started building. Though this arrangement of ours is definitely strange, it works for us. I have a fantastic relationship with my father and his soon-to-be wife, the neighborhood is safe and features lots of space and mature trees, and I don’t have to worry about selling either my home or my father’s when he passes. Plus, it will make it a lot easier for me to help care for him as he ages.

Now, I’m not saying this is the answer to every millennial’s home ownership problem — in fact, this will only work for a very small percentage of my generational cohorts — but it’s another idea to add to the growing list of non-traditional homes for the broke members of Gen Y.

I doubt I’ll ever be able to afford a traditional home as I have no plans to marry and the thought of roommates makes my skin crawl (I’m incredibly introverted). Without a dual income — or a significant raise in pay — it just isn’t going to happen. But, my little fantasy duplex is slowly becoming a reality, and even though I may not have everything “the American Dream” promised, I do have a lot.

And that’s enough for me. Liz Greene is a makeup loving, dog hugging, anxiety-ridden realist from the gorgeous City of Trees, Boise, Idaho. You can follow her on Twitter @LizVGreene or catch her latest misadventures on her blog, Instant Lo.

5 Steps to Achieving Your Financial Goals