5 Facts Every Woman Should Know About Social Security 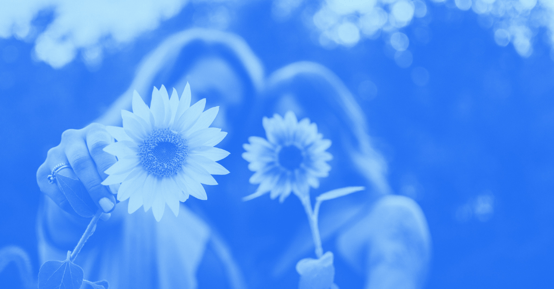 Social-Security-related rules are complicated. It can be easy to make a bad decision. On average, women live longer than men. In a traditional couple, the average female is about two years younger than her spouse. As a result, roughly 90% of women will end up on their own at some point. On average, the average widow is 59!

This adds up to more years of retirement – at a cost. You should consider life expectancy when determining your Social Security claiming strategy. For couples, this means the life expectancy of both partners. Not each of you as individuals.

The Elephant in the Room

Let’s start by addressing the elephant in the room. What’s that? A report last year indicated the Social Security system would run out of money in 2033. But that overstates the case. Remember that those still working make ongoing contributions to the Social Security system. Without federal intervention, according to projections, the system will only be 76% funded in 2033.

It seems unlikely that Social Security benefits would go away. Social Security represents the most important financial asset many retirees have. Most politicians don’t want to lose their jobs. A voter backlash would likely result if Social Security went away.

Facts Every Woman Should Know About Social Security

The Social Security Administration shared its thoughts on the “5 Things Every Woman Should Know About Social Security.” Let’s summarize some key points from those facts and their implications:

1. You can claim your own benefit.

To qualify for Social Security benefits, you must have paid taxes into the Social Security system for at least 10 years of 40 quarters. You do not have to work 40 consecutive quarters. Just 40 total quarters. Your lifetime earnings act as the basis for your benefit. These earnings get indexed to account for changes in average wages over time.

You can start claiming benefits as early as age 62. Claiming at age 62 will leave you with a reduced benefit. Your maximum benefit comes at age 70. Your Full Retirement Age (FRA) ranges from 66 for those born in 1954 and earlier to 67 for those born in 1960 and beyond. Benefits are reduced by 5/9 of one percent for each month prior to FRA up to 36 months. If you start collecting benefits more than 36 months before FRA, your benefit will decline by 5/12 of one percent for each additional month. Those with a FRA of 67 who retire at age 62 will receive a 30% reduction in their benefit.

Waiting beyond FRA to start your benefit allows it to grow. Your benefit grows by 8% per year (two-thirds of one percent per month). For example, say you’re entitled to a $3,000 per month benefit at FRA. If you start collecting benefits at age 62, you will get $2,100 per month. If you wait until age 70, your monthly benefit increases to about $3,720. Cost of living increases can make your benefit grow even more.

3. You get the higher of two possible benefits.

Any benefits a divorced spouse receives DO NOT reduce the amount of any payments due to their ex or their ex’s current spouse. For a divorcee to receive a spousal benefit, the following requirements must be met:

If you have divorced two or more people to whom you were married at least 10 years, you can receive a divorced spousal benefit based on the ex-spouse with the most favorable earnings history.

In general, the same payment rules apply to divorced spouses – including widows – as to married ones.

A widow can receive between 71% (at age 60) and 100% (at full retirement age) of what the spouse was getting before they died. You are paid your own retirement benefit first. This gets supplemented with whatever extra benefits you are due as a widow. This will bring your Social Security benefit amount up to the widow’s rate. You can also receive a $255 lump-sum death payment if you were living with your spouse when they died.

Facts Every Woman Should Know About Social Security – Planning Factors

Remember that a widow’s benefit equals the higher of the couple’s two benefits. The wider the age difference, the greater the likelihood that having an older spouse with a larger benefit will pay off. By waiting to claim, the higher-earning spouse increases the amount a widow receives. Depending on when they start collecting, widowed spouses receive 71-100% of their partner’s payments at death.

This can apply even if the older spouse is in poor health. In an extreme situation, an older spouse could wait until 70 to start their benefit and then die the next day. The decision could still work out well for a surviving spouse as they would receive a larger benefit for the rest of their life.

2. The decision to wait is not irrevocable.

Your health and personal financial situations can change. You can start with the intention of waiting until age 70. You can change your mind if circumstances change.

Once you reach FRA, you can decide to collect Social Security benefits retroactively. You can elect to receive benefits for up to six months in a lump-sum payment. This does come with one disadvantage. Remember that from FRA to age 70 your benefit grows by 8% per year (2/3% per month). You lose the benefit growth that you would have otherwise earned during the period that any retroactive benefits covered. For example, if you decided in February that you wanted to receive benefits for the last six months, you would lose the growth in your benefit from August through February.

You have a lot of factors to consider when deciding when to start Social Security benefits. The decision can have a lasting effect on your finances. Women have a longer life expectancy and are often younger than their spouses. These factors can cause Social Security claiming decisions to have a greater impact on women than men.

When deciding when to start collecting benefits, couples should coordinate their decision. The best decision takes into account the complete picture rather. That should lead to a better result than if you looked at the impact on each member of the couple independently.

With the benefit of hindsight, when it comes to Social Security benefits, many people make the mistake many people of starting to receive their benefits too early. That causes a permanent reduction in benefits. You will have a smaller initial benefit. You will also receive smaller cost-of-living adjustments – a lower base payment equates to a smaller adjustment. 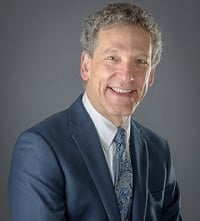 About the Author
Phil Weiss founded Apprise Wealth Management. He started his financial services career in 1987 working as a tax professional for Deloitte & Touche. For the past 25 years, he has worked extensively in the areas of personal finance and investment management. Phil is both a CFA charterholder and a CPA.

Did you know XYPN advisors provide virtual services? They can work with clients in any state! View our Find an Advisor Portal.