It’s been good to be an investor in 2019. Probably not going to win a Pullitzer for that analysis, but it doesn’t make the statement any less true. Simply put, effectively all investors have seen positive returns so far in 2019. Of course, some more than others, so from a relative perspective some may look at 2019 as being a loss. However, from an absolute perspective 2019 has just been downright strong. 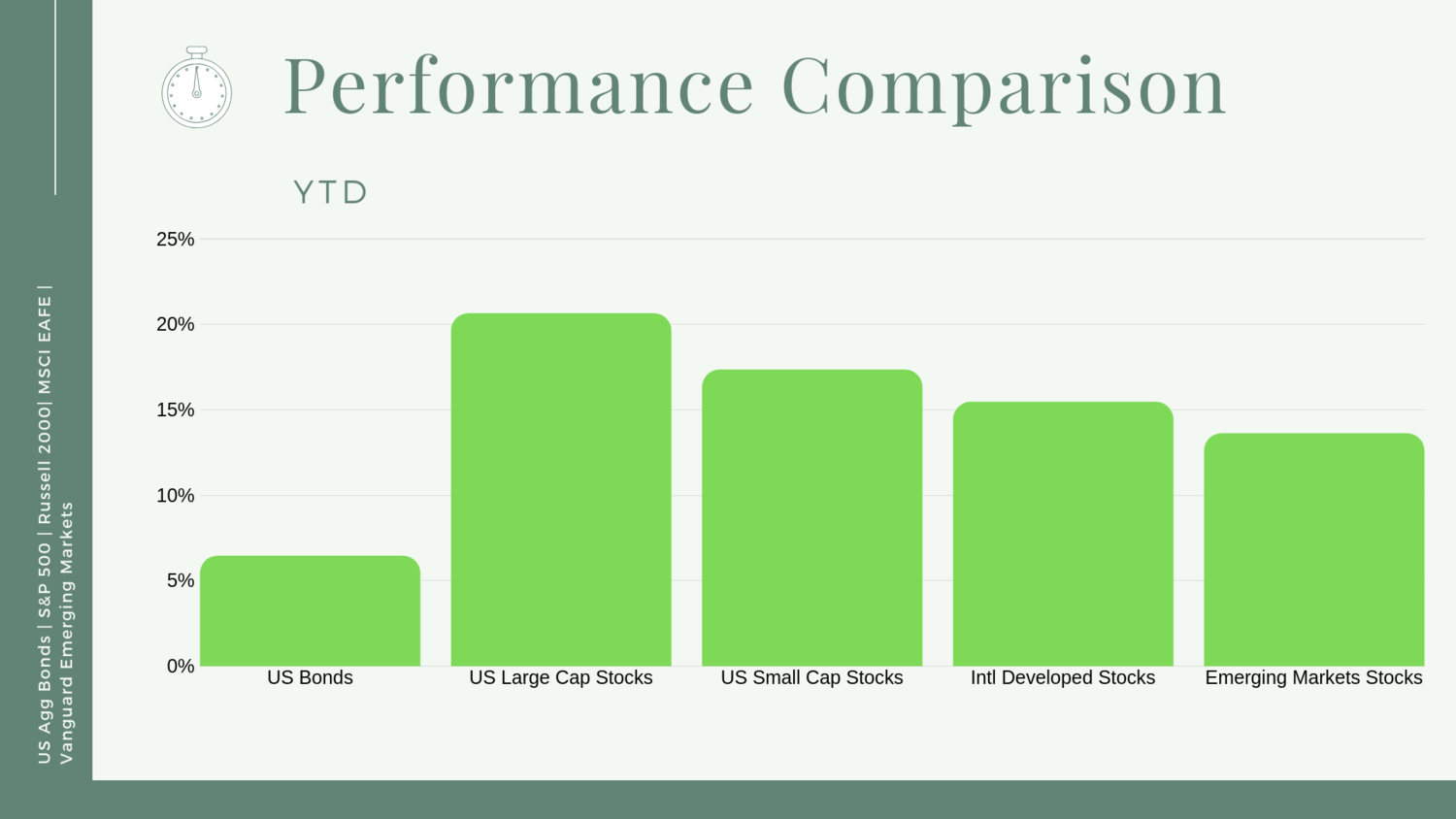 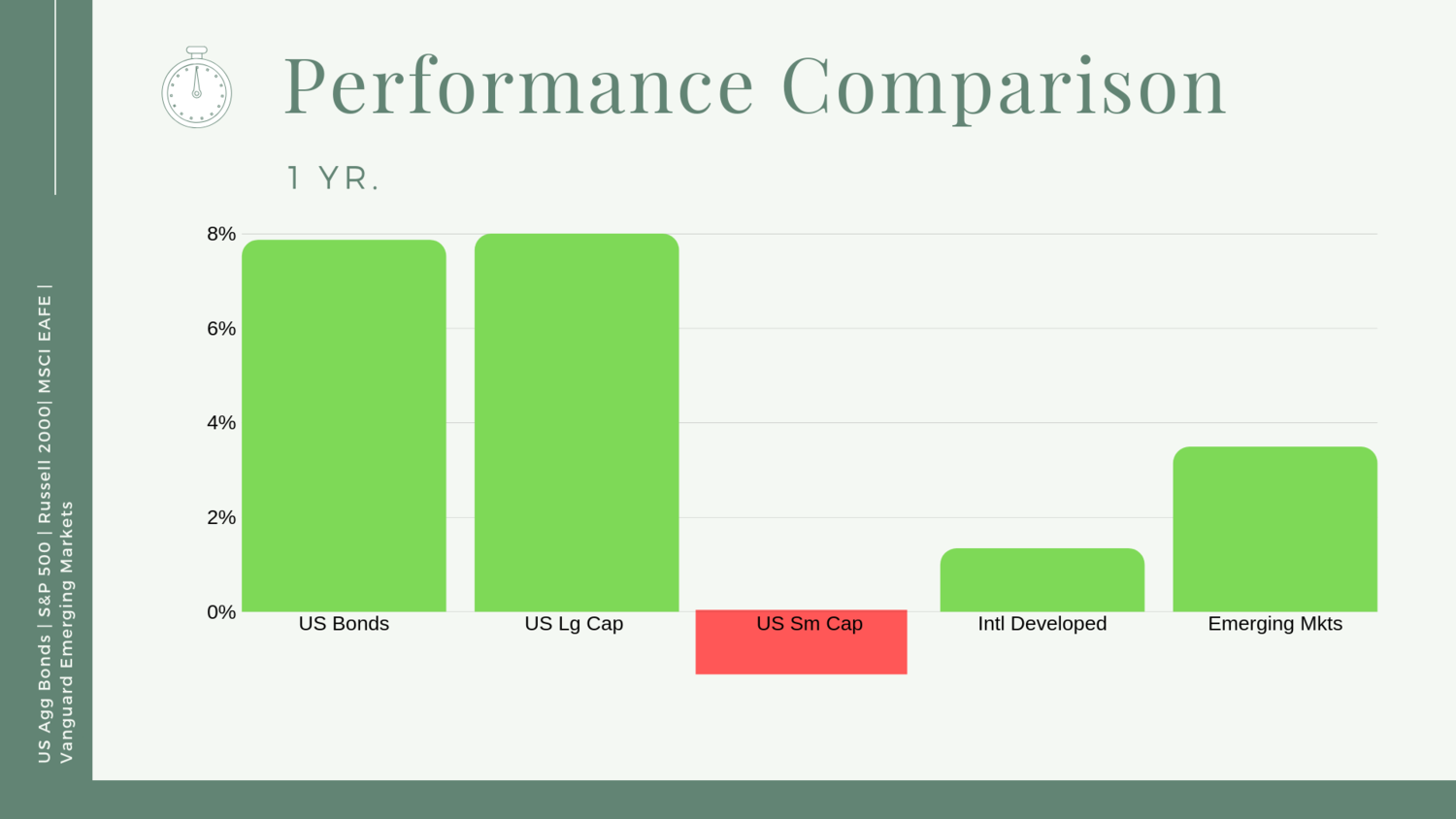 Finally, the most recent three year annualized returns gets us back to a similar narrative as that of the year-to-date returns, in that it’s almost completely good news. The only complaint possible is that of relative performance (i.e. “I wish I would have been invested 100% in large cap US stocks so I would have had even higher returns.”). 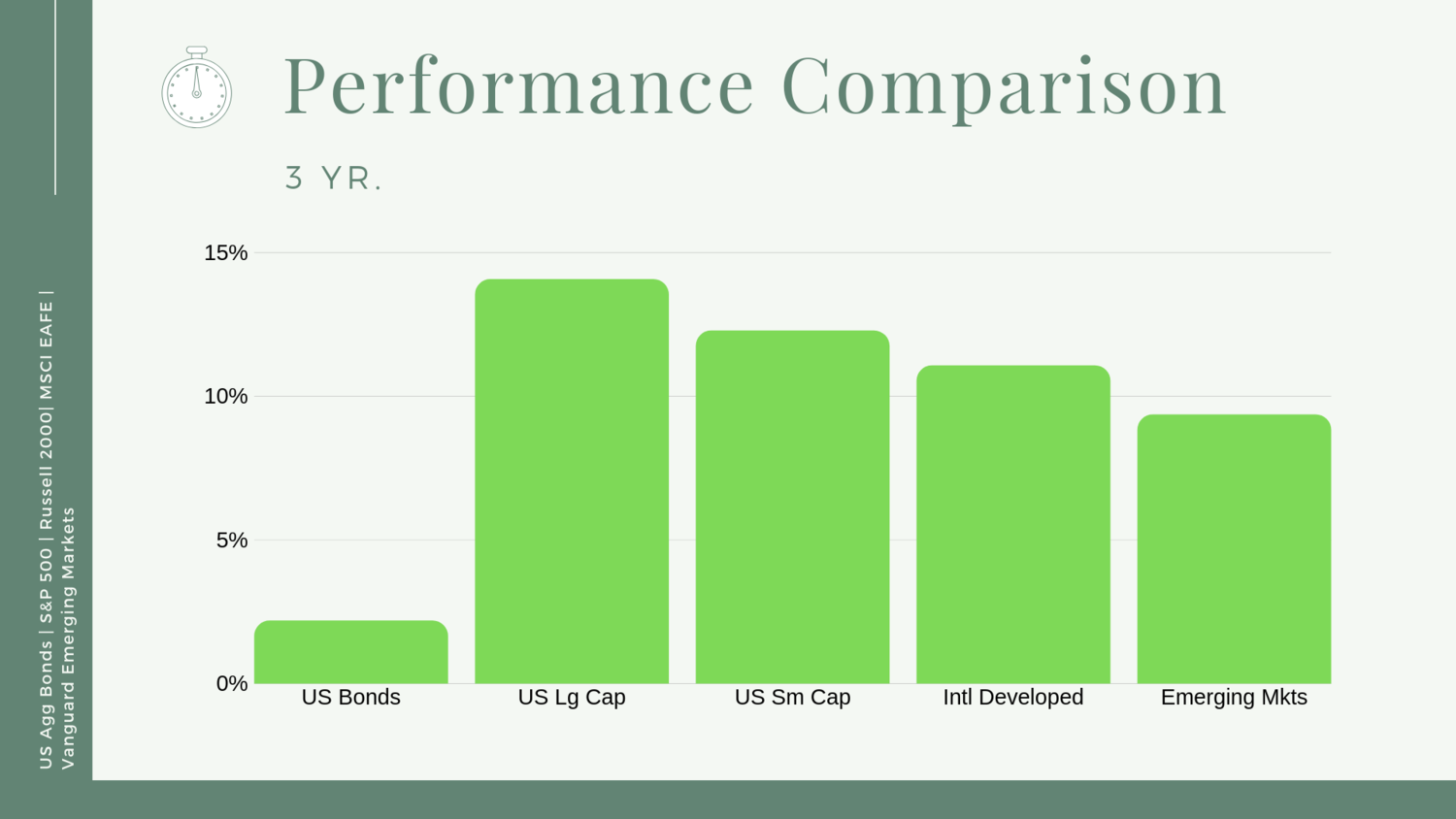 There are risks associated with returns like these though. Just as abundant growth in a garden can make the gardener unaware of the poisonous snake lurking, so too can growth in investment assets blind us towards risks, of which there are many. The risks that most people are focused on are the external ones: what if [insert name of politician you dislike] makes this decision, is the Federal Reserve doing the right thing, what if there’s a housing crash, etc. However, it’s just as common - if not more common - for the harm to come from internalized risks, those deficiencies that come from some combination of a lack of discipline, lack of knowledge, or just plain being susceptible to psychological stimuli. One of these in particular afflicts nearly everyone, that being what is known as recency bias, and it is quite common after periods of extremes (positive or negative).

Recency bias is the tendency to look at what has happened in the near past and act as if it is the norm. Put another way, it is giving a bias towards the recent past while mostly or entirely ignoring the more distant past.

Here’s how that plays out in the investment world. Scroll back up and take a look at the YTD, 1 year, and 3 year returns. Notice a trend? You likely noticed that large cap US stocks outperformed every other investment class in every time period. Right about now there is a halfway decent chance that you’re thinking something along the lines of, “I need to invest more in large cap US stocks.” This type of attitude - looking at what’s worked recently - and mimicking it, is extremely common, even among professionals. It makes sense at a base level. Do what appears to be working. However, there are significant dangers to this.

Let’s backtrack our decision-making. By that I mean let’s go back in time and pretend we make a decision on what to invest in based off of what most recently did well and/or avoid what didn’t do well.

2017: The best performing of the five categories above was Emerging Markets, with over a 31% annual return. Let’s say you checked the returns on January 1st of 2018 and decided that you should invest everything in Emerging Markets, because that’s what recently worked. Well, the following year, 2018, emerging markets got crushed, losing nearly 15%, while US Bonds were in the green and US large caps losing only about 5%.

January, 2000: The 90’s were an amazing time to be a US stock market investor, with routine double-digit returns. It was a time when many people were lulled into a US-only bias - understandably so. Well, look at the 10 year period from Jan. 2000 to Dec. 2009. The best performing of the five asset classes noted above? Emerging Markets. Second best? International Developed stocks. Those who experienced the wonderful returns of US stocks in the 1990’s and decided to go all in due to those recent (there’s that word again) returns were the ones pulling up the rear in the following decade, some even with negative returns over a entire decade.

So, recent positive stock market performance is a gift with a catch. We like the result but need to be careful to not let it impact our decision-making too terribly much.

If you have been invested in any capacity over the past handful of years, you’re probably somewhere between satisfied and thrilled. However, all of that simply tells us what has happened. Most of us probably spend far too much of our time in the past and/or future (no pun intended). As the band Something Corporate sang in their song Konstantine, "The present is just a pleasant interruption to the past.” It’s an apt description of how many may feel about their investments right now, but should probably be more of a description rather than guidance.

The past shouldn’t be discounted, of course, as the past is significant as a mechanism for telling us:

The past is useful but we probably shouldn’t dwell on it too terribly much.

So then, where are we now? Let’s look at three valuation metrics: The Shiller P/E, Tobin’s Q, & The Buffett Indicator. All named after fairly intelligent individuals. ***For the sake of brevity, we’ll skip the mechanics of how these work. If you’re curious just Google them.

The higher these three are, the more expensive the stock market is considered to be. 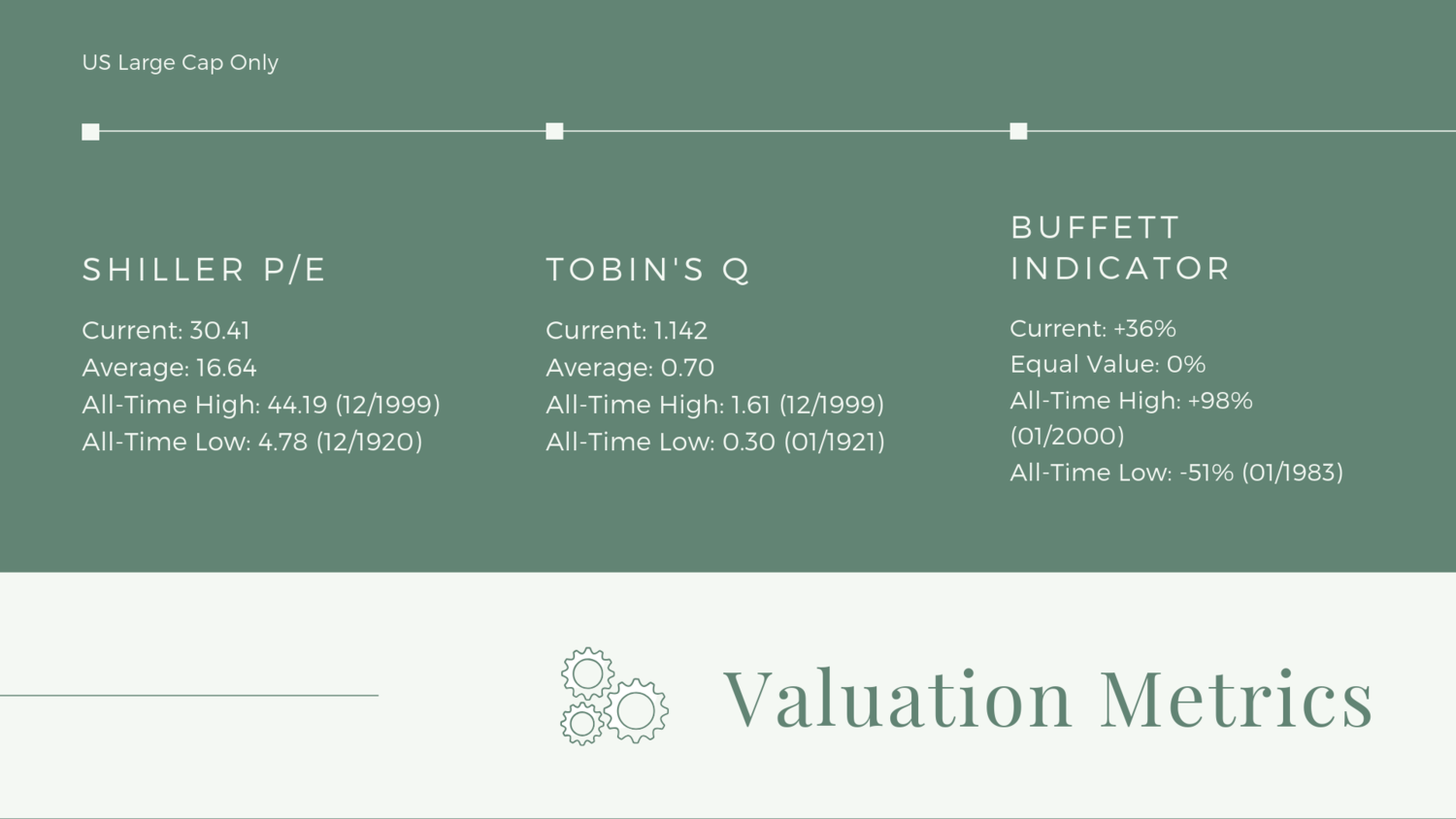 *Dates approximate; exact metrics will vary depending on source; to be used only for informational purposes

Though the three metrics all have different inputs into creating their respective outputs, they all tell a very similar story:

If the past is a narrative, then the present is a picture. They’re both nice in isolation, but when put together they can be hugely impactful. So it is with the market. The past can teach us what happened in the years following a moment in time, or a metric measured at a moment in time. In particular, we can use the past to inform us as to what may happen in the future, should history rhyme (side note: I once heard/read - I don’t remember which - that history doesn’t repeat, it rhymes. Accurate description.). What can the past coupled with the present teach us about what may happen in our future?

In short, the future looks bleak, at least if these metrics’ intermediate term predictive ability play out as being remotely accurate. Consider this, the average annual return for the following ten years for the S&P 500 (which is one of the two most commonly used indices for large cap US stocks) when its Shiller P/E is over 30 is negative 0.30%. Put another way - on average - investors in the past would have been better off simply not investing in the S&P 500 when it was as high as it is now, at least if they were buy-and-hold investors for ten-ish years.

Here are more somewhat alarming numbers associated with these metrics:

These numbers provide a range of scary to acceptable. Hopefully the returns over the next ten, fifteen, twenty years, etc. are closer to being acceptable than scary. Unfortunately, there is zero historical evidence that the next decade will provide exciting returns - let’s define exciting as being 10%+. That’s not to say it can’t or won’t happen, perhaps these valuation metrics are all just noise in and of themselves, or perhaps there is a new normal, or perhaps we’ve just been in an extended, 100 year low return period as part of a much longer cycle and these current valuations are actually “fair.” I don’t know if I necessarily believe any of those to be true, but stranger things have indeed happened.

Furthermore, it’s also dangerous to use any of these metrics as signals to get wholly in or out of the market. These metrics suggested the market was expensive a few years ago too, if you had bowed out you would have missed double digit annualized returns in the S&P 500. It may be prudent to use these to inform your strategy, but perhaps not to drive it.

All that being said, here’s hoping history reverses course, that despite the high valuations the stock market continues ever higher, and that Warren Buffett (perhaps the most famous investor ever), James Tobin (Nobel prize winner), and James Shiller (also Nobel prize winner) created poor valuation equations. 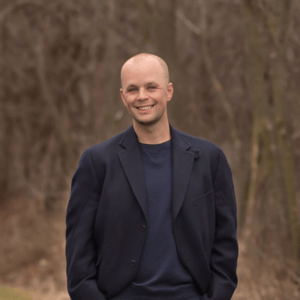 About the Author
Luke has over 10 years of industry experience guiding individuals and families in multiple facets of financial planning, including investing, insurance, & employer benefits consulting.

Additionally, Luke is a CERTIFIED FINANCIAL PLANNER™ professional, a Certified Benefits Professional, and holds an MBA with a concentration in Tax from the Carlson School of Management at the University of Minnesota.

His professional career includes time at Fidelity Investments as a consultant, leading the financial wellbeing efforts for the 170,000 employees of UnitedHealth Group, and he also currently serves as a Sr. Relationship Manager at Optum Bank, specializing in HSA’s and their relationship with retirement savings.

Luke is married to Gina DeBoer and they have 5 children (Isabella, Veda, Judah, Lucia, Amelia), ages ranging from 1-9. They are attendees at Oakwood Community Church in Waconia. Luke is a native Minnesotan, having grown up in the Elk River area.

Did you know XYPN advisors provide virtual services? They can work with clients in any state! View Luke's Find an Advisor profile.