Although not new news, per se, effective May 4, 2021, the SEC updated Rule 206(4)-1, the “marketing rule.” (A summary of the changes can be found in our previous blog.) The intention of the marketing rule was to bring regulation to modern-day practices. Previously, advisors were subject to rules that were created in 1940 after the Great Depression. In today’s world of social media, online reviews, website marketing, and essentially all business and interactions with clients being conducted online, the SEC wanted to modernize its rules to reflect these changing dynamics. But how does this affect your social media policies?

The most notable and impactful change to the marketing rule is the move from prohibiting testimonials to now allowing testimonials. Previously, the term “testimonial” was undefined and based on SEC guidance that was broadly understood to mean any statement by a client or former client that endorses the advisor or otherwise presents a favorable opinion of the advisor. So what was considered to be a “testimonial” was heavily analyzed from all angles, including the constant debate on whether “liking” a post on Facebook or LinkedIn was considered a testimonial that would violate the rule.

For large firms, to avoid these minute violations, they instituted strict social media policies into their policies and procedures. These new policies either forbid representatives from mentioning their position at their firm or reference any business-related communication on their social media or did allow social media posts but with heavy controls. This included restricting comments on posts, disabling the “like” button, and not allowing client posts, among others.

The recent change to the advertising rules now relieves firms from this strict monitoring. Though firms have until November 4, 2022, to adopt and begin enforcing these rules within their firms, many have already taken advantage of the loosened regulations. Let’s re-examine how a firm’s social media policies will be affected under the new rules.

This creates a new perspective on how advisors strategize their marketing efforts. It’s been common practice for some advisors to offer gift cards to clients for client referrals or a reduction in advisory fees on their financial plan or investment management fees in exchange for referring a new client. Now, the SEC has explicitly stated it considers “non-cash” compensation as a form of compensation that must be disclosed to prospective clients in the event they are referred based on the receipt of such non-cash compensation.

In our prior blog, we mention that the solicitor’s rule had been combined with the advertising rule to create the new marketing rule. Previously, any compensation with third parties for client referrals were subject to a written agreement between the parties, and disclosure, known as a “solicitor’s disclosure,” would be provided to the client. There are minor changes to the processes of this arrangement, including the client no longer needing to attest to the solicitor’s disclosure and the solicitor not being required to deliver the advisor’s Form ADV (if already provided by the advisor). But for the most part, the rules governing solicitor activities remain relatively the same.

Another marketing strategy advisors commonly employ is rating systems. This can come in the form of Google Reviews, Yelp Reviews, or local publications that provide 5-star or similar ratings of the firm. Advisors are allowed to utilize and post such ratings on their websites, provided they satisfy two obligations: the due diligence requirement and the disclosure requirement.

The due diligence provision requires that advisors have a reasonable basis to believe no ratings were biased in favor of or against the advisor. For instance, it would be a violation if favorable stars were given only as a result of allowing certain clients to participate. Advisors can satisfy the due diligence requirement by obtaining information regarding the methodology of how stars or ratings are obtained.

The disclosure requirement would need to disclose the date on which the rating was given and the period of time upon which the rating was based in addition to the identity of the third party that created and tabulated the rating. And if applicable, that compensation has been provided directly or indirectly by the advisor in connection with obtaining or using the third-party rating. In addition, if ratings were based on certain criteria, such as those made for articles such as “Top Five Up and Coming Financial Planners Under 30,” it would be required to disclose the criteria used to determine the rating. Lastly, firms should not only use excerpts received from third-party review sites that only showcase positive reviews.

In drafting or amending your social media policy to be updated, advisors should still determine whether it will allow employees to post business-related content. In the event an employee posts about the firm, the social media handle would be considered an advertisement of the firm and subject to oversight and compliance with the marketing rules. In addition, firms should consider training employees on how to communicate with the public including policies in regards to how the employee will represent the firm, what is allowed and not allowed to be communicated in a public forum, and the use of direct messaging, among other considerations.

Allowing the use of social media requires oversight. Posts should still be reviewed and approved by the CCO. Moreover, advisors are required to keep copies of all advertisements of the firm, including social media. Thus posts and comments should be captured for no less than five years.

Though the adoption of the marketing rules allows for more flexibility, it doesn’t come without its complexities. Also, note some state-registered investment advisors are still subject to the previous rules prohibiting client testimonials as adoption of the SEC rules are state-by-state specific. As always, make sure to continue to update yourself as far as what the SEC expects from your firm when it comes to all things social media, marketing, and, well, everything else. 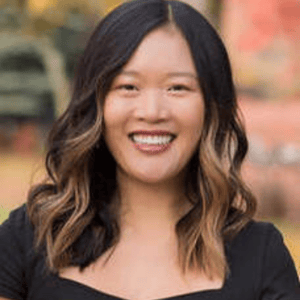 About the Author
Terria Heng has spent her career in financial regulatory compliance. She started out as a compliance consultant at a boutique compliance firm located in Beverly Hills, CA, where she assisted breakaway brokers in transitioning from wirehouses to the independent RIA space. Prior to joining XYPN, Terria was a financial examiner at the Texas State Securities Board for 6 years. Terria has extensive knowledge in state compliance examinations, including effectively communicating with regulators, responding to regulatory inquiries, and best practices in practice management. Currently living in Portland, Oregon, Terria enjoys hiking the Columbia Gorge with her dog Kuba or going on long road trips with her partner in their Sprinter van.

Stop & Shift: The Mindset Reset that Changes Everything with Karen Allen

What Makes a Rational Consumer (and Why Financial Advisors Should Care)
Hiring: The Phone Screen, 10 Minutes to Make It or Break It
The How and Why of Side Hustles for Financial Advisors
Navigating State De Minimis Exemptions from RIA Registration (or Notice Filing)
Moving Beyond “Fee-Only” by Building an “Advice-Only” Firm