Why Financial Advisors Need to Stop Saying "Should" 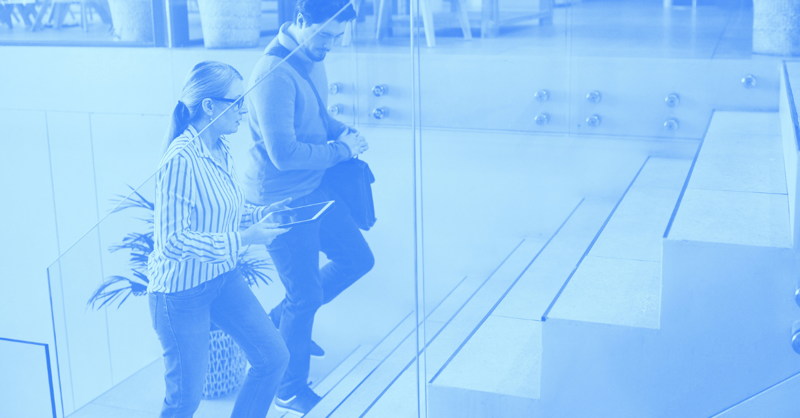 The word “should” has become a fixture in our daily dialogue. We use it in everyday conversations, often with the intention of motivating or keeping ourselves in check, or as a way of expressing feelings of frustration, guilt, and regret.

While the word should is often seen as motivating and as a way of encouraging us to do what needs to be done (or what we think needs to be done—more on that later), using the word carries more negative emotions than motivation.

As a form of criticism, the word should is inherently negative and often evokes strong feelings of guilt. The unspoken follow-up to statements that begin with “I should…” is “…but I don’t.” Telling yourself that you should be doing something reinforces the negative, highlights your shortcomings, and is less of a motivator and more of a guilt-monger.

So, how can financial advisors stop shoulding all over themselves?

The Danger of the “Should” Mentality

The “should” mentality locks you into a narrow way of thinking, which limits your opportunities for success. In an industry where differentiation is becoming increasingly important, fee-only financial advisors often need to think outside the box to compete and ultimately prevail. If you try to copy someone else’s version of success, you’re likely to fail. Instead, your chances at success are much higher if you find what works for you, even—or rather especially—if that means going against the grain. After all, success isn’t about fitting in. It’s about standing out.

XYPN’s most successful advisors have relinquished, or perhaps more appropriately, conquered, the “should” mentality. They saw the risks of their paths and had the courage to pursue them anyways in search of their best lives. They broke down the barrier of what they were told was possible and rebelled against the standards of what financial advisors “should” or “shouldn’t” be doing.

This takes a certain level of courage. After all, many of us don’t necessarily want to be industry disruptors. We just want to run our businesses successfully. We may find ourselves asking, “Who gave me permission to set the industry on fire?” The answer is no one. And that’s just it. You don’t need anyone’s permission to define, seek, and ultimately live your best life.

“Should” generally represents the path we’ve been told to take; typically, it’s about following the herd. The people who tell others they “should do this” or they “should do that” are really saying, “you should live your life they way I’ve lived mine.” Often, that misplaced sense of authority comes from insecurity on their part and a need to validate their own life choices.

Someone in your life will always think they know best. Of course, the advice of others has an important place in our lives. But when it comes to defining what will make you happy and finding your version of success, no one knows better than you.

There is no right way or single way to be a fee-only financial advisor—you need to find your own way, chase your own dream, and do what works for you. No one has the authority or the right to tell you how to run your business.

When it comes to what you can do as a fee-only financial advisor, the possibilities are limitless; don’t limit yourself with shoulds.

The word “should” almost always forces us to focus on what should have happened in the past or what we expect to happen in the future; this is the exact opposite of staying present. Agonizing over past failures or future decisions can seriously impair your happiness and hinder your success.

While it’s important to learn from past mistakes, you can’t beat yourself up over them. Instead of laboring over what you should have done and where you would be now had you made a different choice, use past failures as learning opportunities.

Similarly, while it’s important to always have an eye toward the future, don’t let this impair your ability to focus on what’s right in front of you. And as you’re looking to the future, be sure that you’re keeping your eye on your prize, not the prize someone else has chosen for you.

Take Back Your Power

Who sets the standards for your shoulds? If you really think about it, it likely isn’t you. Maybe it’s social media, your friends, or your colleagues.

When you give someone else the power to decide what is important in your life, you sacrifice your power. Take control of your shoulds by identifying and prioritizing what’s important to you. It takes courage to do/say/think what you really want instead of what everyone expects, and what you think you’re supposed to do. It’s not easy (for many of us, the should mentality is deeply engrained in our way of thinking and speaking), but in 5, 10, or 20 years from now when you’re living your great life and not someone else’s, you’ll realize the invaluable worth of chasing your wants instead of your shoulds.

Ask Yourself “Why?” Instead

Understanding the "why" behind your motivations is critical because it is the cause, purpose, or belief that inspires you. When you know your why, you have a filter by which to make choices that will lead you toward a greater sense of fulfillment.

Change Your “Shoulds” to “Coulds” or “Woulds”

Words hold power. In such an unfiltered world, sometimes that’s easy to forget. While the word “should”—which is so commonplace in our everyday speech—seems entirely innocuous (it’s just a simple verb, right?), it’s critical and counterproductive, and as such, can be damaging to your success and happiness.

Change your “shoulds” to “coulds” or “woulds.” The word “should” leads to feelings of anxiety, stress, and lack of control. “Could” and “would,” on the other hand, are motivating, encourage autonomy and freedom, and foster a take-charge, can-do mentality. Reframe your shoulds in a positive, more productive way, starting with something as simple as word choice.

So, are you ready to stop shoulding all over yourself? 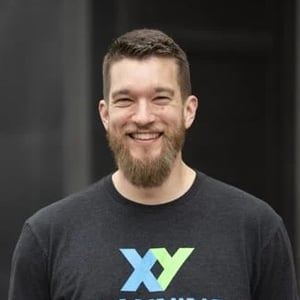 About the Author
Alan Moore, MS, CFP® is the co-founder of the XY Planning Network, a support network for advisors looking to serve next generation clients. He is also the CEO of AdvicePay, the first and only compliant payment processor for financial advisors. He is passionate about helping financial planners start and grow their own fee-only firms to serve Gen X & Gen Y clients largely ignored by traditional firms. Alan has been recognized by Investment News as a top “40 Under 40″ in financial planning, by Wealth Management as one of a “The 10 to Watch in 2015″, and was the first recipient of the NAPFA Young Professional award in 2015. Alan frequently speaks on topics related to technology, marketing, and business coaching, and has been quoted in publications including The Wall Street Journal, Forbes and The New York Times. He is also the host of XYPN Radio, one of the largest podcasts for independent financial advisors. He currently lives in Bozeman, MT so that he can hit the slopes on powder days.

Stop the Mindful Madness: What Would Arlene Say?