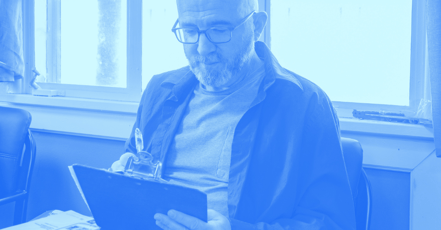 Nobody’s perfect. Each person is uniquely different, embodying their own set of qualities and characteristics. Some behaviors are deeply engrained as a result of environment, childhood, genetics etc., and other behaviors are learned by repetition and adaptation. Humans are creatures of habit, so it’s safe to suggest that habitual behaviors play a major role in the shaping of who we become. There are tons of catchy phrases and quotes that we subscribe to, as an exercise in our personal and professional development. By now, we have all heard ideas such as “We are what we do repeatedly”, and “Excellence is not an act, it’s a habit.” If you haven’t heard these mantras, check LinkedIn to make sure it’s working correctly!


For some, these characteristics will come naturally. For others, it can be a bit of a struggle to exercise the habits that lead to the behaviors as outlined. If nothing else, simply being aware of the need to perform self-evaluations against these ideas is the first step to improving performance as a Compliance Officer. Remember: “You don’t know what you don’t know, until you find out that you don’t know it!”

Scott is a licensed Securities Principal with experience in both RIA and broker-dealer compliance. He began his financial services career in 2006 as a Registered Representative with E*Trade Financial in Alpharetta, GA. He has also worked with J.P. Morgan Private Banking in Chicago, IL and with Wells Fargo Advisors in Chapel Hill, NC. Scott’s most recent role before joining Team XYPN was as Compliance Officer of Carolinas Investment Consulting, in Charlotte NC. He’s a graduate of The University of North Carolina at Chapel Hill and holds FINRA Series 63, 65, 24, 4 and 53 Licenses.

Scott lives in Charlotte NC with his wife Meredith, and their two Sons Tyson and Jackson. In his free time, Scott enjoys watching sports, exercising, and operating the charitable organization he created upon his father’s passing.

Choosing a Niche for Your Financial Planning Firm