As we come to the end of Black History Month, I want to take pride in the progress we’ve made while also acknowledging how far we have to go. One troubling sign of the work we have to do can be seen in a wealth gap between black Americans and white Americans that persists and even seems to be widening. It’s a sobering reminder of how far we are from true equality.

The facts and figures related to this gap (one author referred to it as a “chasm”) truly frighten me. But I’m hopeful that change will come.  And I think we, in the financial advising industry, are uniquely positioned to be the catalyst for real change on both a macro and micro level. I hope this post helps make you aware of the scope of this problem and gives you some guidance on how to effectuate true change.

The scope of the problem

Here are some of the statistics:

You might think that that the economic outlook for the black community and other people of color has gotten better lately, given our President touting black unemployment is as low as it’s ever been. Yet RZW shows that far from getting better, the total economic picture for black people is still deteriorating. In fact, by 2020 (just two years away) black and Latino households are projected to lose even more wealth: 18 percent for the former, 12 percent for the latter. After those declines, the median white household will own 86 times more wealth than its black counterpart, and 68 times more wealth than its Latino one.

If this trend continues, the median black household wealth will hit zero by 2053.

How did this happen?

The term “systemic racism” ruffles a lot of feathers. It often triggers emotional arguments about how people feel about racism and its effects. Yet concrete data over long periods of time shows very clearly that systemic racism exists.

Blacks were historically prevented from building wealth by slavery and Jim Crow Laws (laws that enforced segregation in the south until the Civil Rights act of 1964). Government policies including The Homestead Act, The Chinese Exclusion Act and even the Social Security Act, were often designed to exclude people of color.

For example, in the 1930s, as part of the New Deal, the Federal Housing Administration (FHA) created loan programs to help make home ownership accessible to more Americans. The Government created color-coded maps — green for good neighborhoods and red for bad neighborhoods — to determine who got those loans. Spoiler alert: many neighborhoods were designated as red because blacks and other people of color lived in them. This process, known as redlining, systematically prevented them from not only getting home loans but also encouraged developers in green areas to explicitly discriminate against non-whites. This often led households of color into wealth stripping “land contracts,” where they paid exorbitant prices for homes that they could lose very easily.

These polices resulted in 98% of home loans going to white families, from 1934 to 1962. Not only did the ability to purchase homes give whites the ability to accrue wealth, it also attracted new businesses to those neighborhoods, which increased property values and allowed those homeowners access to other wealth building vehicles like going to college. As a result, wealth in the white communities compounded and passed to future generations. Simultaneously, families of color had their property devalued because they lived in red districts, which wiped out the wealth they had previously amassed.

Even after these policies were eliminated, the lack of wealth still prevented minorities from moving up to the green neighborhoods and kept the communities separated by race. Additionally, a recent analysis of 31 million Home Mortgage Disclosure Act records showed that modern day redlining still takes place.  Systems like modern day redlining, a racially skewed criminal justice system and the tax code favoring the rich continue to widen this divide. The compounding effects of these types of laws have led to the wealth chasm that now exists. Even now, these effects are felt between otherwise similar families of different races. According to the Economic Policy Institute, the typical black family with a graduate or professional degree lagged its white counterpart in wealth by more than $200,000.

What can we do?

Racial wealth inequality is a huge problem that not only affects communities of color but will have a lasting impact on our country as a whole. Some 70% of our economic growth comes from consumer spending. As black and Latino households grow to become the majority of the population, their inability to spend due to the lack of wealth and paying down debt will slow economic growth. We owe it to ourselves, and future generations, to start correcting this problem now.

So what do we do about it? Here are a couple of solutions that XYPN’s Diversity Committee has helped foster.

Learn how to have difficult conversations and spread the word

As we learned in our first quarterly conversion, discussions about race, diversity and inclusion are hard but very important to have. We can employ techniques such as starting from a place of humility, focusing on what you’re hearing, not what you’re saying and putting yourself in the other person’s shoes will help make these conversations effective.

Effective conversations around the racial wealth gap are one of the most important things we can do to help solve the problem. The New York Times pointed out that despite these staggering figures, we tend to forget or dismiss the research. Do your part to spread the word about this gap and help build the collective consciousness of the problem. Now is the time to be vigilant and understand we have a lot of work to do.

To keep yourself informed, I strongly encourage you to read the entire RZW study. The mind-blowing research helps put into perspective the severity of the situation and how the racial divide will have a continuing negative impact our economy.

We got into this mess largely because government policies encouraged wealth-building for white Americans to the detriment of black Americans and other communities of color. To fix it, we’ll need policies that will help close the gap. RZW points out that no one initiative will do. The response needs to be widespread, including a racial wealth divide audit, improved data collection, and tax reform. The study highlights many specific polices that we can institute and their individual impact.

As financial advisors, we have particular insight into how certain tax and home-buying policies will affect different communities. While we, as individuals, don’t make policy, we elect the legislators who do. So, we should use our collective voices to support and elect people who can put this type of policy reform in place.

Not only can you support inclusion on a macro policy level, you can also support it within our profession, which will help provide the education and guidance needed to close the racial wealth gap on a micro level. Nikki McCord, founder of McCord Consulting Group, took us through practical steps that we can take to promote real inclusion and diversity within our industry. For example, you can promote diversity in your marketing and encourage mentorship. By taking these small steps, you can help recruit and retain diverse talent in our industry and bring more people of color into the fold (ultimately increasing your bottom line). Programs like Dead Day Job Army have found ways to successful support clients of color and run a profitable enterprise.

Whether we are aware of it or not, we live in a world where systems of oppression continue to divide the haves and the have-nots. And this divide affects us all. In our next quarterly conversation, we tackle what it means to join the fight for diversity and inclusion as a true ally. In the webinar, we will dive deep into the definition and importance of allyship, what it means in our advising context, and how to model it in your own life. You will learn how to effectively use allyship as an ongoing active process, rather than just a state of being.

I hope this post inspires you to take action now. This research has revolutionized the way I’ve understood the wealth divide and what I can do to help correct it. I would love to hear your ideas, reactions and takeaways. 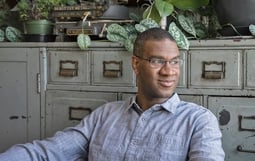 Brian Thompson, JD, CFP® is the founder of Brian Thompson Financial LLC.  His firm specializes in helping LGBTQ couples set and achieve their goals, protect and grow what they already have and guide them to the lifestyle that brings them fulfillment and happiness. Brian also serves as President of  XYPN's Diversity Committee, whose mission is to lead the industry by attracting, supporting, and developing a diverse group of Financial Planners so our community can embrace our differences and make us all more knowledgeable, more accepting, and better people.

The Ins and Outs of Hiring