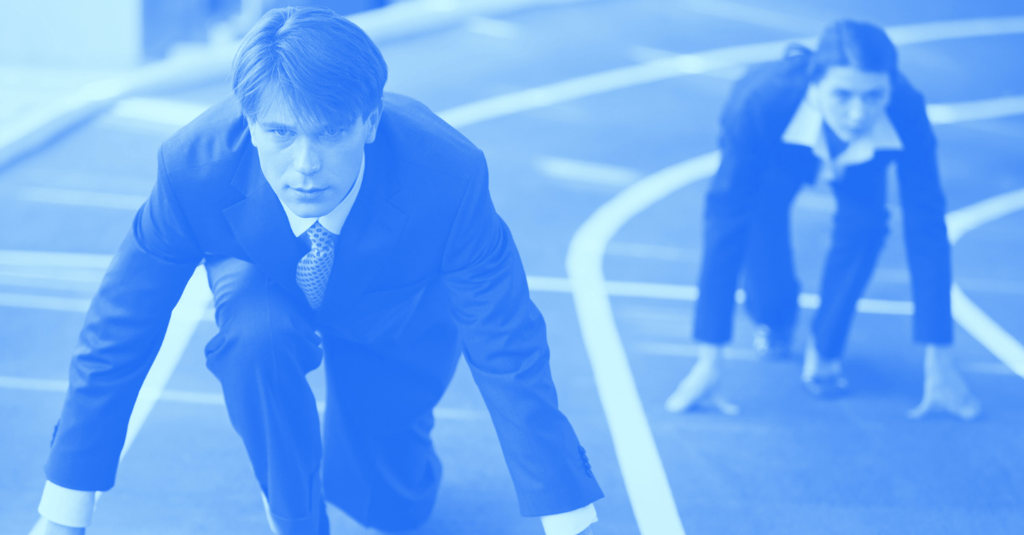 In 2017, we conducted XY Planning Network’s Inaugural Benchmarking Survey. We hired experts The Ensemble Practice to survey XYPN members to really understand their businesses. The report itself was lengthy, but the data we uncovered was valuable not only to us, but to advisors looking to succeed in their own practices.

As you may remember, Michael Kitces and I discussed the Benchmarking Survey at length in a recent XYPN Radio episode. We hit on a lot of the survey’s key discoveries: from how much firms earn in their first few years to the value of being a CFP®. We also touched on something I found very interesting: the vast majority of XYPN members raise their fees within their first year of being in business!

In fact, 61% of all XYPN members raise their fees after their first year of business. That’s a crazy high percentage of people - especially because raising fees is no small thing when you’re a business owner.

Why Do Advisors Raise Fees?

The decision to raise fees is difficult. It’s not just deciding that your services are worth more money, it’s deciding that you are valuable enough to charge more. This is such a vulnerable moment, and it can be viewed as a real risk because you never know how prospects in your pipeline or existing clients will respond to higher fees.

When we talk about raising fees, this question inevitably comes up: Why do advisors raise their fees? The truth is, there are several different answers to this question. We spoke with several XYPN members to get to the bottom of this fee-raising trend. Each advisor we spoke to had a different reason for raising fees.

Some advisors raise fees because they’ve been undercharging since the launch of their practices. When an advisor opens their financial planning practice, they may not have confidence in the value they provide to their clients - so they undercharge. Once they realize the value they’ve added to the lives of their clients after a year of business, they raise their fees accordingly.

Amy Irvine of Irvine Wealth Planning Strategies, LLC, says, “I started with a fee schedule that I thought people would be willing to pay and supported the design of the business.” But Irvine quickly realized she had made the mistake of comparing herself to what other services were charging without recognizing the incredible value she was already capable of bringing to her clients.

“I lacked confidence that people would pay me a bigger fee and I was terrified the business wouldn’t bring in enough for us to survive,” Irvine says. Irvine decided to raise fees a little bit to test the waters - and was surprised to find that business didn’t slow down.

“In January 2017, I hired a coach and she helped me see the error of my ways and how much I was earning per hour.” In some cases, Irvine was only making $5/hour! I think we can all confidently say that our services are worth more than that. But Irvine isn’t alone. Unless you sit down to do the math, it’s so easy to fall into this trap.

“We raised fees again, and business continued to pick up,” Irvine says, “We are currently in the process of adding another advisor to the firm and offering a ‘money coaching’ module along with our retainer services, in which the fees are being slightly increased again. This time, we are not just raising fees for new clients, but we are going back to existing clients and proposing the new fee schedules to them for consideration.”

Irvine started with 40 clients when she joined XY Planning Network as a member in May of 2016. Now, she works with over 100 households including financial planning and retainer clients. Raising her fees has allowed her to continue giving valuable services to existing clients, while giving her the flexibility she needs to add services here and there where they’re needed.

It would be easy to write off the year one fee increase as a simple question of undercharging from the start. This is a clean explanation, but it doesn’t really explore all of the complexities of the issue.

“My firm will be two years old as of May,” says Meg Bartelt, founder and president of Flow Financial Planning, LLC. “I raised my fees at the end of my first year of business, but kept the same fee model (flat fee for planning and a percentage of assets for investment management).” Bartelt raised her minimum planning fee from $150 per month to $200 for individuals and $250 per month for a couple. However, Bartelt raised her fees again five months later after overhauling her service model.

Bartelt moved to an “all-in-one” planning and investment management service model and increased her fees significantly to reflect the additional services and value she was providing to her clients.

“In retrospect, I do not necessarily think I was undercharging initially. I think my fee raises came about, yes, because I was more confident in my value,” Bartelt says, “but also because I actually started providing objectively more value to my clients. So, increased confidence and increased value caused me to raise my fees.”

There’s no doubt that financial planners refine their ability over time, and the increased value they have to offer is directly connected to their increased experience and expertise. However, many advisors shrink away from raising fees because they’re afraid of clients and prospects running for the hills.

To this point, Bartelt says, “None of my existing clients have left when I raised my fees either time, though I expect some to as I move them to the new model. On the contrary, when I closed my eyes and took the leap of significantly raising my fees in my new service model, I saw my prospect pipeline jump - filled with a lot of well-qualified prospects. I had supportive colleagues reassure me that this would happen, but I didn’t quite believe it until it happened.”

“Have a plan for raising your fees,” Scott Snider of Mellen Money Management says. When he founded his own financial planning firm, he intentionally discounted his fees as an incentive for contacts and previous clients to sign on. However, he had a plan from the beginning of his business to raise fees after his first 25 clients, then again after he reached 50, 75, 100 - and so on.

“The first time I raised my fees, it occured at the time I planned,” Snider says. “The second time - earlier this year - resulted from my desire to restructure the way I charged my fees and the belief that I was undercharging.” Snider believes that having a plan to raise fees from the get-go helped set him up for success, but he also knows that plans can change.

When Snider decided to restructure his fee and service model from a combination of a monthly retainer and an AUM model to a more comprehensive offering that’s tied to net worth, he gave himself room to adjust his fees as needed.

“It’s okay to make changes,” Snider says. And he’s right! Having a plan is an excellent way to navigate around the “undercharging phenomenon” we see with new advisors, but it’s okay (and expected) that you’ll need to adjust your plan so that it matches the pace at which your business is evolving.

We want to find the success we deserve as financial planners. If you’re undercharging at the start of your business, you could be losing a lot of money with your first 25-30 clients in comparison to the value you provide them.

But this is about more than money. We want advisors to have confidence in their value not just from their first year of business, but from their first day. As a financial planner, you are literally changing lives!

I encourage you to get connected with others who can help you navigate this territory...fellow XYPN members, a business coach, a mastermind group, etc. Find people who know the industry and know the ropes. Having a tight-knit group of advisors or mentors to give you advice on how and when to raise your fees can help reduce the anxiety you feel about it.

A Guide to the New 2020 Form 8915-E
What Makes a Rational Consumer (and Why Financial Advisors Should Care)
Hiring: The Phone Screen, 10 Minutes to Make It or Break It
How to Master the Art of Prospecting: A Step-by-Step Guide for Financial Advisors
Planning for Your First 12 Months as an RIA Owner: Part One