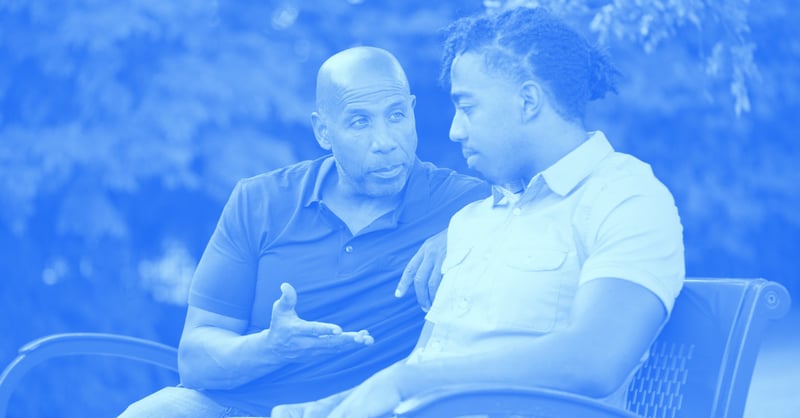 Financial advice for young people needs to go beyond the narrow confines of traditional wealth management. They must provide a more holistic service that factors in their client’s skills, experiences, purpose and potential. One way they can achieve this is by providing a type of life coaching or self-improvement program.  However, the life coaching component that goes deeper than the shallow waters of typical self-help. After all, clichés like “follow your bliss” sound good but have little staying power.

In 2010, two professors at Stanford’s Institute of Design (or d.school) embarked on an experiment. They wanted to see if they could take the design principles they had practiced at companies like Apple and apply them to the challenge of shaping a life in an increasingly fluid and uncertain world. Their course “Designing Your Life” took off like wildfire and is now the most popular class among Stanford seniors[1]. The professors, Bill Burnett and Dave Evans, have translated the course material into a book of the same name.

They explicitly reject the follow-your-bliss model of setting life goals. The problem, they point out, is that only one in five young people actually know what they’re passionate about. Where does that leave the other 80%? Echoing the insights of recent research into the science of peak performance, their solution is to focus on process: on shaping routines that are constantly creative, productive, changing, evolving. In most cases, they say, “passion is the result of a good life design, not the cause.”

Process: The Secret Sauce for Success and Fulfillment

In areas of endeavor as diverse as weight-loss and technological innovation, a goals-oriented approach (the idea that the key is to set clear goals and then make incremental progress toward those goals) is increasingly being debunked in favor of a process-oriented one. It’s not that goals are bad in themselves. A long-term goal can be a kind of “north star” guiding us forward; and Google’s “moonshots” have certainly shown how ambitious goals can galvanize and spur progress. But when it comes down to the nitty-gritty of designing our lives – our days and weeks and years – a pre-occupation with goals can backfire. An emphasis on process is trickier, but in the end more sustainable, and more flexible and adaptable.

Alabama football coach Nick Saban takes this approach to the nth degree. Saban realized that football has too many moving parts, variables, and unpredictable elements to absorb at any given moment. He also realized that the average play in football lasts just seven seconds. So the theme of what he has come to call The Process, according to Saban’s biographer, is to “concentrate only on winning those seconds, take a rest between plays, then do it all over again. There would be no focus at all on the scoreboard or on the end results.”

According to a growing number of experts in peak performance of all kinds, a process mindset, married with a broad sense of purpose, produces patience, and consistency. (It’s no coincidence that these are the keys to long-term success as an investor as well.) Just as interest compounds over time, so do productive habits and routines.

Uncertainty is bound to be a defining characteristic of the years to come—not just in the stock market, but in the economy, and in society in general. In his book Uncertainty, Jonathan Fields says that those with a “creation mindset” – embracing uncertainty, risk, and fluidity – are in the best position to weather the storms ahead. Those who do so successfully aren’t inherently braver than the rest of us; they have just adopted an effective set of routines and practices to nurture the proper mindset.

Purpose itself, argues author Roman Krznaric, can be nurtured and grown. In How to Find Fulfilling Work,[2] he follows the career of pioneering scientist Marie Curie as a case in point. She had no “aha” moment, no epiphany. Her obsessions “quietly crept up on her during years of sustained scientific research.” In essence, he says, she grew her purpose by devoting herself to work that gave her “deep fulfillment through meaning, flow and freedom.”

Millennials are crying out for a broader kind of guidance. They are deeply committed to self-improvement, and spend twice as much as earlier generations on it. And they put their talk into action: holding to New Year’s Resolutions and to budgets more than others. But they are also, a recent Harvard Business Review article reports[3], profoundly anxious: concerned about not measuring up with others, or with their own aspirations.

“Anxiety,” writes David Kekich, “is caused by a lack of control, organization, preparation, and action.” [4] And with a properly holistic approach, financial advisors have the opportunity (and obligation, I would argue) to assist young clients on all four points.

In their book Creative Confidence, brothers Tom and David Kelley suggest we take a similarly broad and holistic view of the idea of creativity. For too long, they say, we have drawn a false equation between “creative” and “artistic.” A chosen few among us are creative “types,” but the rest are not. By contrast, they characterize creativity as a birthright—and essential to innovation and problem-solving in just about every field of endeavor. Everybody is the creative type; it is just a matter of adopting the right methodology, the right process, to nurture and grow that potential.

“At its core,” they write, “creative confidence is about believing in your ability to create change in the world around you.” In other words, it is the antidote to the anxiety (and sometimes aimlessness) so many Millennials complain of. Through an accumulation of small steps, that confidence can be cultivated and developed, just like a muscle.

According to psychologist Albert Bandura [5], the path to such confidence (what he calls “self-efficacy”) is a process of “guided mastery.” Which is exactly the kind of guidance financial advisors can provide if we reconceive of wealth management as a kind of Total Life Management—one that integrates financial coaching and life coaching, and finds the vital middle where money and meaning intersect. By meeting Millennials where they are, and on their own terms, we can help them navigate the waters of their Odyssey years and equip them with the tools they will need when they come ashore. We can ensure they accumulate financial capital and identity capital at the same time.

But we can only succeed in delivering on this promise if we fundamentally reconfigure and diversify our services—not merely repackage them in new language. As we move Millennial clients toward the goal of assembling a diverse portfolio of investments, we also have work with them on putting together a diverse portfolio of experiences, skillsets, and value—value in every sense of the word.

In 2009, a then-unknown Simon Sinek gave a regional TED Talk that went viral and became the basis of his book of the same name. There was nothing new or revolutionary about his ideas. In a sense, his “golden circle” is just an update of economist Theodore Levitt’s long-standing advice to his students: “People don’t want to buy a quarter-inch drill. They want a quarter-inch hole.”

Yet his talk resonated because he crystallized an essential insight: more often than not, customers aren’t buying your What (the particular product or service you’re selling) but your Why (the deeper purpose or meaning behind it). Apple sells nifty products, he explained. But what really drives people to buy (and keep buying) Apple is the aspiration to think (and act) differently.

Similarly, financial advisors have to go beyond their What (a bundle of financial products and services) and define a Why. What should that Why be? Does “Designing Your Life” or “Guided Mastery in the Art of Living” sound too lofty?

I think not. The same skillsets that will help Millennials in their twenties develop the habits and routines to grow purpose will also enable them to grow wealth when they are ready to. Young workers starting out in an economy which encourages and sometimes even requires job-hopping every few years are deprived of the kind of mentoring and coaching more stable corporate settings once provided. Financial advisors who can reinvent themselves are in a unique position to be a missing link between financial mastery and life mastery.

More than ever, both are likely in coming years to be more art than science—to require a mix of preparation and improvisation. Just as Millennials are finding now that the early life milestones once taken for granted no longer always hold true, so they and the rest of us will find other markers and milestones more fluid than fixed. As Laura Carstensen[6], director of the Stanford Center on Longevity, points out, someone who expects to live into their 90s (and work into their 70s) might be less concerned with saving for a traditional retirement than, say, saving for a mid-life sabbatical or second education.

Financial advisors, she says, should be on the “front lines” of this evolving idea about what it means to shape and design a life, and are a “critical starting point for changing the conversation.” We’ve got to “get away from this idea that you’ve got to save, save, save and you can never get enough for retirement and instead begin to have people save in ways that will afford them more flexibility throughout their lives. That’ll be more inspiring to people.”

[4] quoted in David Allen, Getting Things Done (no link)

About the Author: I’m Jason Kirsch, CERTIFIED FINANCIAL PLANNER™ and founder of Grow. I’m on a mission to empower my generation to take control of their future.

I've been featured in top financial publications such as Investor’s Business Daily, CBS News, Investopedia and Financial Advisor Magazine, and recently published an investment book called The Millennial Advantage: How Millennials Can (And Must) Be the Next Great Generation of Investors.

I launched Grow to educate my generation on today's economic realities and provide them with actionable solutions to improve their life. We believe our client's life and finances are intertwined, so we take a more holistic approach, helping them work on all of the their investments, even the one in themselves.

Developing a Mini-Service as an Independent Financial Advisor