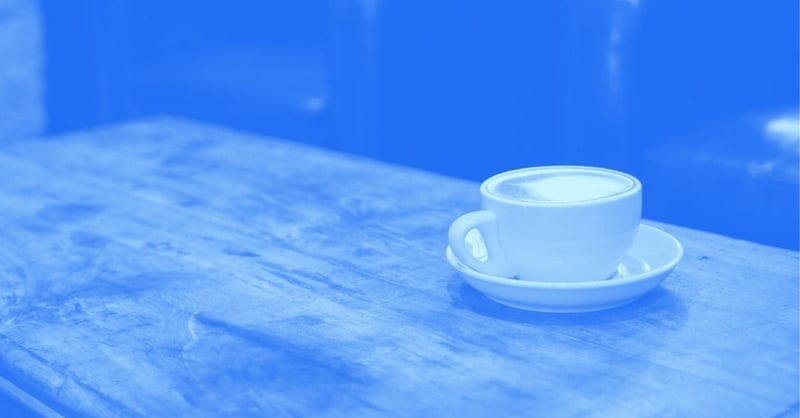 XY Planning Network is thrilled to continue promoting our members by spotlighting their experiences with launching a financial planning firm and the lessons learned along the way.

Today, we're welcoming XYPN member and Family Wealth Advisor Jason Howell to the blog to share his story and the unconventional journey that led him to start the Jason Howell Company.

Money is not the first thing that comes to mind when reminiscing about the 1990s. I remember the edge of alternative rock before it was really a category, the emotional roller coaster of being in college, and the political back-drop of a Presidential candidate playing saxophone on MTV.

But no one over 30 years old can ignore the stock market boom of the 1990s, thanks in part to the dawn of the information age and the on-line discount broker.

I cut my teeth on finance as a bank teller for the company currently known as Wells Fargo. In 1992 I was a college student majoring in accounting and only worked at the bank because my sister did. My dad already had the stories of blue-collar part-time jobs while struggling through college – all the way to his PhD – so for my sister and me, our college jobs were at the bank.

From the age of 18 I knew how to tie a Double Windsor knot, what traffic was like during rush hour, and why a full-time job didn’t guarantee you enough money for a full-time life. It wasn’t called “rent” but I contributed to paying for the family’s household bills. My financial education was just beginning.

A Really Cool But Unprofitable Niche

When I graduated college I left the bank and spent about 8 years in accounting. In 1999, I also started an accounting firm (on the side) for unsigned musicians called JAM: Jason’s Accounting and Music-Firm. Not surprisingly, I was the only accountant interested in working with bands who didn’t make much money.

Thankfully, I also had a regular job. Though I didn’t make money with JAM, I did receive a few benefits:

As luck, fate or God would have it, my last accounting job was Controller for the largest concert amphitheatre in the country (Nissan Pavilion). I was the head accountant for Clear Channel’s little Virginia outpost, writing checks to pay the Dave Matthews Band, Ozzfest tour, Cracker, and even Vanessa Carlton.

Though I loved the music industry, just being the accountant for these stars wasn’t enough to keep me fulfilled. The staffing firm that had placed me offered me an opportunity to work with them as a recruiter, helping individuals with their careers. This is where I learned life planning with my candidates. It’s also where I learned that nothing happens in business until a deal is done.

I had two clients: the people who paid my firm (and me) to find specific candidates and the candidates who did not pay me but wanted to work for certain firms.

This was the first time my main compensation was reliant on business development which meant I had to learn quickly how to focus my time on deals that were “closest to closing.” There were many calls to make, emails to send and networking meetings to attend; but if they didn’t help me match a candidate with a client, it was a step back in my “business.”

Writing Books and Running for Congress

I also learned that life goes on, even while you face personal crises. When my Dad first became ill in December of 2008 I began writing a book I had always planned to start “some day.”

It was called AMERICA: Still the Land of Opportunity, Always a Home for the Brave. The book is about having faith in the United States economy and the courage to rally your personal ability to secure a job -- in other words, your financial future.

Writing a book helped to organize my thoughts around a topic I thought was quite important. I wrote this book for the many people looking for jobs back then but I also wrote it for me and my Dad.

He passed away before I finished it and I dedicated myself to the book’s positive message for the next couple of years. I think one of the reasons event organizers like to hire speakers who have written a book is because they know how deeply those speakers have gotten into the topic and how much time it took to organize, reorganize and edit your thoughts.

The general public and potential clients know inherently that if you took the time to write more than a pamphlet about your topic, you must really know and care and believe in what you’re talking about. As a financial planner, writing a book can help translate your philosophy around working with clients and improving their lives.

I failed to finish writing a second book when our political leaders created a debt crisis in 2011. When our country’s debt was downgraded by Standard and Poors, I made the decision to stop writing and start running for office.

(Actually, after I asked my wife if it would be OK, I made the decision.)

In 2012 I became an independent candidate for United States Congress. I earned 10,180 votes, good enough for third out of four candidates. The 20-year incumbent won another term. There is nothing quite like running for political office but joining the financial advice industry does have some parallels: most people assume you have an ulterior motive until you prove otherwise, you work on issues people care about the most and if you do it well you will positively change lives.

One of my campaign volunteers was a third-generation New York Life agent and he invited me to meet his boss. What I liked about the firm was their no asset minimum and history of working with middle income America.

I officially joined the firm in January of 2013. I figured that if I couldn’t write financial policy for all families at once as a United States Congressman, I would just serve families as an advisor, one at a time!

What I didn’t know was anything about insurance, investment fees, or anything at all about Registered Investment Advisory (RIA) companies. Then an article in Investment News Daily caught my attention.

It was an article on a young woman from Minnesota who started her own firm. I reached out to her via email and she kindly replied. Her name was Sophia Bera and my financial services education began in earnest during the fall of 2013.

Sophia graciously introduced me to the RIA world, Michael Kitces, and eventually the XY Planning Network. Through email and through Nerd’s Eye View, Michael wholly inspired me to start my own financial planning firm.

I didn’t know when but I knew I would eventually.

Now I run Jason Howell Company, a wealth management firm designed for first-generation success stories. These are people who don’t come from money but who come from good families and have good jobs because their parents pushed them into becoming more successful than they were.

I picked this niche because it is a reflection of my personal history and my family. People like to do business with people whom they admire or remind them of themselves. I try to be worthy of admiration, but at a minimum I try to be myself.

Just like running for office, as a financial planner, being authentic can attract a lot of admirers.

I love offering the monthly retainer model because many of the prospects in my chosen niche either don’t have the accumulated assets or would like to “try before they buy.” I come from the skeptical generation branded with an “X” so I get it.

Meeting your clients “where they are” in their assumptions about our profession and their sophistication with money will help to attract clients. Many good clients know how to work hard but what they don’t know is how to work money.

We are the ones who can help them because we offer comprehensive planning in a fiduciary capacity without the conflicts of commissions. We are so fortunate.

Money takes at least a second generation perspective and we get to share our perspective with clients, one family at a time.

About the Author: Jason Howell is President of Jason Howell Company, a wealth management firm built to support first generation success stories. He is also a former United States Congressional candidate and an adjunct professor of personal finance at American University’s Kogod School of Business. He shares his home with a beautiful and patient wife, a 2 year old daughter and a couple of dusty, out of tune acoustic guitars.

8 Things to Do to Prepare for an RIA Audit