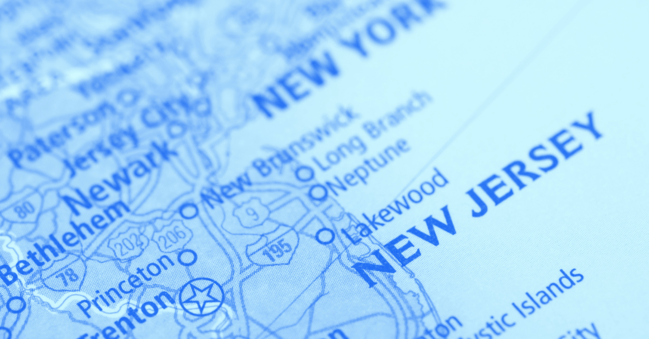 COVID-19 relief measures brought rapid-fire tax law changes and provisions that rained down from the federal level like an especially judicious new form of precipitation. While these new policies were issued at the federal level, the actual impact they will have on your filing this tax season is primarily shaped by your state’s conformity (or non-conformity) to these measures.

Flashback to your high school government class and you’ll remember that because state governments have a certain level of autonomy, things like state tax codes can differ substantially from the federal tax code. Regarding COVID-19 relief measures, states had to weigh their priorities and decide whether or not to adopt these federal provisions.

Now that we find ourselves face to face with tax season, it’s time to dig in to understand how our states responded to federal COVID-19 relief measures and, subsequently, how our tax liabilities may have changed. This guide outlines how different states have navigated these new federal provisions and the resulting tax landscape. Don’t worry—no more high school flashbacks required.

Income (AKA Things That Are Taxable)

Although federal and state tax codes may differ, generally, state taxes are based on the Federal Internal Revenue code to some extent. 29 states use federal adjusted gross income (or AGI) as the basis for their state tax returns, while six states use federal taxable income as the basis for the state return. These six states are Colorado, Idaho, Minnesota, North Dakota, Oregon, and South Carolina. Six other states have developed their own definitions of income for tax purposes, and in most cases, they include some aspects of the federal income definition. Seven states have no state income tax at all. Tennessee and New Hampshire only tax interest and dividend income.

Falling in Line: Types of Conformity

Rolling conformity: In a state with a rolling conformity system, when federal tax law changes, the state tax law changes accordingly. This method has the advantage of clarity and predictability. The disadvantage is that the state has less control over tax measures. A state does have the power to pass laws or take administrative action to depart from certain federal code provisions if they don’t want those provisions to apply for state taxes. There have been many instances where states have chosen to “decouple” from the federal tax code.

Fixed conformity: In a fixed conformity state, a specific point in time is used to determine conformity with the Internal Revenue code. New changes to the IRC are not automatically adopted. Some states may choose to conform annually, which effectively has the same result as rolling conformity. Sometimes this method can result in less consistency, and this happens when a state conforms to an old version of the IRC for many years.

Selective conformity: In a selective conformity state, the state chooses which aspects of the internal revenue code it wants to adopt. Many provisions of the IRC may be omitted. Some states may not use federal AGI or taxable income as a starting point for the state return. The state might conform only to specific IRC sections or apply only certain definitions from the IRC.

A central question on tax preparers minds this tax season is whether states will comply with federal CARES Act provisions, and the answer will depend on the state. Some CARES Act provisions are not part of the Internal Revenue Code, so states that conform to the code will not necessarily conform to these provisions. In general, the type of conformity (rolling or fixed) will impact how states adopt the federal rules. However, states may pass legislation to enact some provisions or decouple from others. States with selective conformity will need to choose which federal rules they want to incorporate into their state returns.

The paycheck protection program was initially enacted in March of 2020 to provide loans to eligible small businesses so they could continue to pay their workforces and cover their expenses during the coronavirus pandemic. Another round of PPP loans were authorized in January 2021. PPP loans may be used for payroll (including paid sick, medical, or family leave and costs related to the continuation of group healthcare benefits), mortgage payments, rent, utilities, and certain debt obligations. Loans are forgivable to the extent they were used for qualifying expenses. Most types of loan forgiveness are considered taxable income, such as when credit card debt is forgiven. However, the treatment is different for PPP loan forgiveness.

Federal: The Federal Government has stated that PPP loan forgiveness is not taxable income. Additionally, a company can deduct expenses paid with a PPP loan that was forgiven.

State: The state treatment of PPP loans will be a very individual decision. PPP loan forgiveness is not a part of the IRC, making it more difficult to predict how the states will react.

Some states are still undecided on how to treat PPP Loans. Businesses and individuals with PPP loans might want to extend their tax return if their state has not decided how to treat the loan forgiveness and the deductions. This way, they can avoid having to amend later if the state makes any changes.

Federal: Under the TCJA, the deduction for business interest expenses was limited to 30% of adjusted taxable income. The excess could be carried forward to future years. Adjusted taxable income was EBITDA for the first four years and EBIT after that. The CARES Act increased this limit to 50%, and this new limit is effective for the 2019 and 2020 tax years. The Federal Government will allow taxpayers to use 2019 adjusted taxable income to determine the 50% limit for 2020. This would be favorable if 2019 income was higher than 2020 income.

Fixed conformity: The conformity date will determine the applicability of the federal change to state tax returns.

A NOL results when tax deductions are greater than revenues. Taxpayers can use NOLs from one year to offset income in another year. The federal NOL rules before the TCJA allowed an NOL to be carried back two years and forward up to twenty years to be applied against income. The TCJA eliminated the carryback but allowed an indefinite carryforward. Under the TCJA, an NOL could only offset 80% of the tax liability, ensuring that NOLs can’t bring the tax liability down to zero. The CARES Act made some changes to the NOL rules.

Federal: For federal tax purposes, NOLs incurred in 2018, 2019, or 2020 may be carried back five years to offset prior income. The 80% limitation is suspended for tax years beginning before January 1, 2021.

State: In general, NOLs are treated differently for state taxes than for federal taxes. States may mirror portions of the IRC but will differ in other aspects. If states differ from federal, the difference between federal and state NOLs allowed would be an adjustment on the state return.

When a taxpayer owns a business that generates a loss, that loss can be used to offset other income. However, under the TCJA, a limitation was imposed for federal taxes on the amount of the loss that could be applied against other income.

Federal: Under the TCJA, single individuals could only use business losses to offset $250,000 of nonbusiness income. Married couples filing a joint return were limited to $500,000. Any remaining losses were carried forward to the following year. The CARES Act removed this limitation for years before 2021.

Qualified improvement Property (or QIP) refers to any improvement made by a taxpayer to an interior portion of an existing building that is nonresidential real property (residential rental property is excluded). Qualifying improvements may include installing or replacing drywall, ceilings, interior doors, fire protection systems, mechanical systems, electrical and plumbing. Improvements attributable to internal structural framework, enlargements to the building, and elevators or escalators are excluded.

Federal: The government had erroneously excluded QIP from 100% bonus depreciation and a 15-year class life under the TCJA. Under the TCJA, QIP was 39-year property.

California and New York are two densely populated states, and tax preparers will often find themselves preparing returns for taxpayers who live or work in these states. Therefore, it is useful to know a little bit of information about how these states develop their tax codes and how they will conform to federal CARES Act provisions.

California: California has fixed (or static) conformity as of January 1, 2015. This means that California conforms to a pre-TCJA version of the internal revenue code. California has issued some guidance on how it plans to adopt CARES Act provisions. As a fixed conformity state, California will not automatically adopt any of the federal rules.

New York: New York has rolling conformity. Ordinarily, New York would automatically apply any changes to the federal code to its own tax code. However, New York chose to “decouple” from federal tax laws in March 2020, so it won’t automatically adopt CARES Act provisions. Form IT-558 New York Adjustments due to Decoupling from the IRC will be used to calculate any differences between federal and state taxes due to the CARES Act and recent COVID-19 provisions.

Here are a few more examples of how states are dealing with the CARES Act changes.

Illinois: Illinois has rolling conformity and plans to adopt most of the CARES Act provisions. However, the state will not conform to the NOL rules. Illinois will keep its current provisions, which disallow carrybacks and limit the carryforward period to 12 years.

Ohio: Ohio has fixed conformity and will adopt all the federal Income tax laws, including CARES provisions, as of March 27, 2020.

Wisconsin: Wisconsin has fixed conformity. In Wisconsin, PPP loans issued in the first round of funding back in the spring will not be subject to tax on the loan forgiveness. However, expenses paid with forgiven loan proceeds will not be deductible and will be added back to the state return. For the second round of PPP loans, the loan forgiveness will be taxable, and expenses can be deducted. Wisconsin will also tax any additional unemployment benefits from CARES Act programs. Note the difference from California, where unemployment benefits are not taxable.

State conformity with federal tax laws can be a complicated subject, especially when you add in the federal COVID-19 response and the corresponding tax law changes. Ultimately, it was up to each state to decide whether to adopt the federal provisions as they weighed the need to balance the state budget against the need to provide relief to taxpayers who were negatively impacted by the pandemic.

While each state handled these difficult decisions uniquely, this guide has provided a high-level overview of the resulting tax landscape that you can expect as you head into tax season. A tax professional can help you dive deeper into your state’s tax laws to identify any pertinent issues and plan for how they might affect your income and taxes.

In need of a trusty tax professional? XY Tax Solutions is a great place to start. 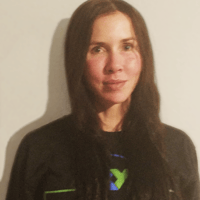 About the Author
Ever heard of someone who finds taxes exciting? Meet Katrina Ivancic, a Senior Tax Manager at XY Tax Solutions (XYTS). Katrina, who has been a CPA since 2012, first got her start in corporate accounting before moving on to taxes, which she finds more rewarding and challenging than corporate financial reporting. Why? Because she loves helping clients save money and save them the stress of doing their taxes themselves. Katrina loves all things taxes, but if she had to pick, her favorite tax topics would be rental properties and employee stock.