In a previous post, I wrote about what self-employed financial advisors should know about retirement. In that blog, I covered the three most common tax entities we see at XY Tax Solutions (XYTS): individuals, Schedule C/sole proprietorship/single-member LLC, and S corporations.

Today, I am going to turn my attention to IRAs for individuals who are W-2 employees and who are not otherwise self-employed. While you may not be in this boat, many of your clients likely are.

Let’s dive right in with a couple of side-by-side scenarios starring my favorite fictional couple, Dwight and Angela.

Dwight sells paper at a regional paper supply company in Scranton, PA. He makes $100,000 a year.

Angela is an accountant in the same office as Dwight. She makes $139,000 a year.

They are both single, though rumor has it after nine seasons together, Dwight’s finally going to pop the question (the jury’s still out on whether or not Angela will say yes). For the sake of ease, they both take the standard deduction, and both have no other income or deductions (unless we determine they get a deduction for contributing to an IRA).

Neither Dwight nor Angela are covered by a retirement plan at work.

After looking at the example, both Dwight and Angela will be able to not only contribute to their traditional IRA but will both also get a deduction for that contribution. As long as you are not covered by a retirement plan through your W-2 employer, there is no income limit that would disallow the deduction on your tax return. (Things change if you’re married and your spouse is covered by a retirement plan.)

Dwight may make a $6,000 contribution to his Roth IRA but will not get any sort of deduction for it because Roth accounts are funded with post-tax dollars.

Both Dwight and Angela are covered by a retirement plan at work.

In this example, both Dwight and Angela are allowed to make $6,000 contributions to their traditional IRA, but neither of them are allowed to take a deduction for it as per tax law. Congress’ thought here (presumably) is that they will be taking advantage of the tax benefits of their employer’s retirement plan, so they don’t get any more with a traditional IRA contribution. However, if your modified AGI is less than $75,000, you start to get some of that deduction back. And if your modified AGI is $65,000 or less, you get to enjoy the full deduction up to the annual contribution limit.

Again, Dwight is allowed to contribute his $6,000 to a Roth IRA if he wishes, while Angela cannot contribute directly but can do a backdoor Roth if she wishes.

If you find that you’ve contributed more to your IRA, either traditional or Roth, than the annual limit allows, there are a few things you can do to avoid the 6% excise tax.

The details of how you correct the over contribution and what the actual tax results are vary slightly depending on when you make the correction and whether it was a traditional IRA or Roth, but in general, you can:

This tax is annual, so if you don’t correct the overcontribution you will incur the 6% excise tax each year until you clean things up. The different options all carry different excise tax and income tax consequences, so make sure you do a little research or get in touch with the XYTS team before you pull that money back out.

And that’s the gist. A big shout-out to Dwight and Angela for helping make things so clear. 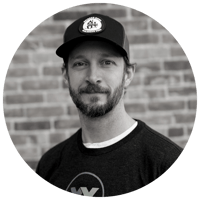 About the Author
Jason Brown, XY Tax Solutions’ Senior Tax Manager, is nerdy even among CPAs. He enjoys tax research and doesn’t mind spending a nice evening at home with the Internal Revenue Code. Perhaps that’s a bit of a stretch, but he certainly spends a fair amount of time reading federal and state tax laws, and even the occasional court case. While knowing tax laws for the sake of knowing them is reward enough itself, he also finds job satisfaction in being able to interpret tax rules and regulations for clients in a practical, meaningful way in an attempt to help clients shift their tax mindset from a once-a-year splitting headache to a proactive and strategic approach.

9 Experiments to Try When Marketing Your RIA