Feeling Stuck in Your Business? Here's How to Power Through 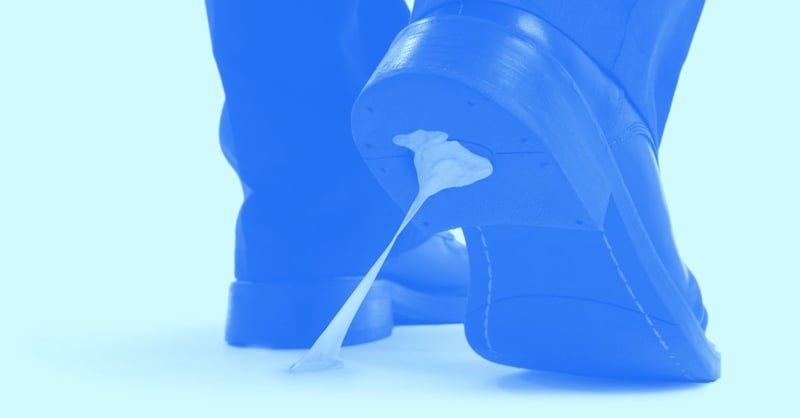 So, you're thinking about starting your own practice. Or maybe you've already started. You've got a niche nailed down, a clever company name and some killer ideas that are going to shake up the industry. It's time to make a name for yourself!

But there's just one problem.

You're not good enough. Or at least that's what you keep telling yourself.

You want to start a blog. All the people you look up to have a blog. But it turns out that blogging is pretty hard. And time-consuming. And your first few attempts really aren't very good and aren't getting shared.

You want to get quoted in the press. All the people you look up to seem to be featured in every major media outlet. But you've never been quoted anywhere, you don't know anyone in the press, and to be honest, you still feel a little awkward talking to people about your business idea.

You want to create a killer client experience. You want to use the latest technology to make your practice run efficiently and give your clients something that wows them and changes their lives.

But which tools matter and which don't? What do your clients really want and what could they care less about? How do you figure all that out without looking like an idiot in those first few meetings?

For that matter, you'd really like a couple of clients. But how do you get that first one to trust you? And how long will it take to build a business that supports you and your family?

There are so many things to do and when you look around, it feels like everyone else is already better at them than you are.

Are you really ready for this?

How do I know you feel these things? Because I feel them myself. Every single day.

I built my practice from scratch when I was completely new to the industry. I had to learn things like how to do marketing and write a business plan for the first time, along with learning how to run a client meeting and what actually goes into a formal financial plan.

Every day, I saw another advisor doing something better than the way I did it (and am doing it). Sometimes it's inspiring, pushing me to try something new or showing me how I can improve in some way.

But sometimes it just feels discouraging. Like they're playing at a level I could only dream of.  I start feeling stuck in my business.

It's in those moments that I have to remind myself not to get stuck in "The Gap."

Understanding and Fighting Through The Gap

The other day I was listening to an episode of The Fizzle Show (one of my favorite podcasts) and they mentioned something that really hit home for me. It was a quote from Ira Glass, the host and producer of the hugely popular radio show This American Life.

I would highly recommend you listen to the entire quote (which you can find here), but here's the meat of it:

Nobody tells people who are beginners, and I really wish somebody had told this to me, is that all of us who do creative work…we get into it because we have good taste. But it's like there's a gap, that for the first couple years that you're making stuff, what you're making isn't so good. Okay? It's not that great. It's really not that great. It's trying to be good, it has ambition to be good, but it's not quite that good. But your taste, the thing that got you into the game, your taste is still killer. And your taste is good enough that you can tell that what you're making is kind of a disappointment to you, you know what I mean?

And the thing I would say to you is everybody goes through that…you gotta know it's totally normal. And the most important possible thing you can do is do a lot of work. Do a huge volume of work. Put yourself on a deadline so that every week, or every month, you know you're going to finish one story. Because it's only by actually going through a volume of work that you're actually going to catch up and close that gap. And the work you're making will be as good as your ambitions…

Think about that for a second: "your taste is good enough that you can tell that what you're making is kind of a disappointment to you." Usually we get into something because we love the way someone else is doing it. We enjoy it. We admire it. And then we decide to try it for ourselves.

And as soon as we start, it's that thing we admire that becomes our benchmark.

The reality is that when you start out, you won't be as good as those benchmarks. You just won't. It's impossible for a beginner to be as good as someone who has spent years mastering the craft.

But the flip side of that is also true. Those people you look up to? They didn't start out as good as they are now.

They started out just like you, with goals that were bigger than their ability. And that should give you a lot of hope. Because the truth is that the only difference between you and them is time and effort.

So the question is this: are you willing to deal with feeling stuck long enough to work your way through The Gap?

Making It Through to the Other Side

What's the key to making it through The Gap and to the other side? How can you get to a point where your ability starts living up to your ambition?

I won't pretend to have all the answers. I'm still learning myself. But here are six things I think you have to take to heart:

The Only Question that Matters

If you only take one thing away today, it should be this:

The question is not whether you're good enough right now. No one is when they start something new. Don't let that get you down.

The real question is whether you're ready to dedicate yourself to continually learning, doing and improving, even when it's hard. Even when you're feeling stuck.

So, what do you say? Are you ready?

About the Author: Matt Becker is the founder of Mom and Dad Money, a fee-only financial planning practice dedicated to helping new parents build happy families by making money simple. His free time is spent jumping on beds and building block towers with his two awesome boys.

How to Deal With Failure In Your First Year