The Butterfly Effect: Getting A Client 4 Years Later 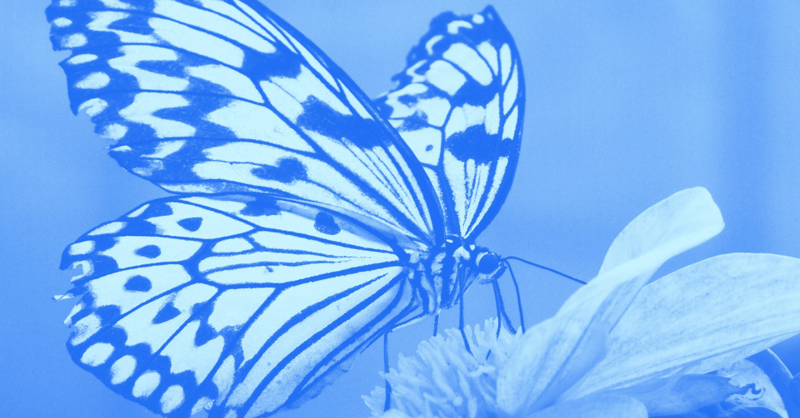 My first job out of college was working with a financial planner that had been a real estate agent for many years.

One day he said, “Alan, I used to know that if I gave out 20 business cards, I would get 3 leads, which turned into 1 sale. If I gave a presentation on real estate, I would get 3 sales. It just isn’t like that anymore.”

What my boss was saying was that we have made a colossal shift from transactional 1-to-1 marketing, to relationship marketing. But what does this mean?

Before we talk about the power of relationships, let me tell you a story of how I got a client 4 years after a relationship was formed.

The Importance of Building and Maintaining a Network of Genuine Connections

In 2010, I was studying for my Master’s Degree in Family Financial Planning at The University of Georgia. I applied for a graduate student scholarship to attend a NAPFA National conference (where landed my first job by meeting the planner mentioned above). The chair of the scholarship committee was Jessica Smith, a financial planner in Huntsville, Alabama. She served as my mentor at the conference, introducing me to a lot of financial planners, but more importantly she got to know me and learned what I wanted to do in financial planning.

The next year, Jessica was serving on the first board for NAPFA Genesis, the sub-group of NAPFA for members 33 and under, but needed to step down. She told the then-chair of NAPFA Genesis Dave Grant that she thought I would be a good fit for the position.

Dave called me that week and asked if I would serve, and I agreed. Over the next year, Dave and I became friends and worked together on various projects for NAPFA Genesis.

When I ultimately launched my own RIA in August 2012, Dave was (and still is) writing a column for Financial Planning the Magazine on topics for next generation advisors. He wrote an article profiling 5 under-30 financial planners, with me being one of them.

In October 2013, Maggie McGrath, a reporter for Forbes, called me to see if I would help her out with a story on 6 Tough Money Choices For Millennials. She had found Dave’s article by doing a Google search for young advisors, so she thought I might be able to help.

In March of 2014, I had a prospective client schedule an introductory meeting and said he found me by reading Maggie’s article, and thought I would be a good fit, and they signed on as a client.

So in short, a relationship with the head of a scholarship committee in 2010 got me a client in 2014 -- not solely because I simply knew these people, but had formed a sincere relationship with each and every one of them.

Can You Measure Return on Relationship?

This is just one example of how my time on the NAPFA Genesis Board has benefited me professionally. I have met literally hundreds of other advisors, co-founded a network geared towards young planners, and made lifelong friends in the process.

In financial planning, we talk a lot about Return On Investment, or ROI. But how can we measure the ROR, or Return on Relationship?

When my mentor said that he knew how many business cards he needed to give out in order to sell a house, we was looking at the ROI of his time and energy handing out business cards.

The answer? As you can guess, there isn’t one.

The Butterfly Effect of Your Present Actions

Today, marketing comes in the form of building and cultivating relationships. Whether you are building a relationship with the readers of your blog, Twitter followers, or connecting with reporters, ultimately the relationships you invest in today will determine your success as a financial planner.

As referenced in the title, the Butterfly Effect refers to small changes today having a large impact later in life. The theory proposes that a small incident in one area can set off a chain of events that ends in a exponentially larger incident in a completely different area -- like a butterfly flapping its wings in Texas causing a hurricane that hits China several weeks later.

Similarly, a tweet today may ultimately land you a job tomorrow.

How to Encourage Small Actions to Develop into Major Milestones

I hate it when people tell me what I need to do without actually telling me how to do it, so I won't leave you hanging here.

Check out these tips to help you get started in building relationships today that could have a huge, positive impact on your professional life somewhere down the road: