2018 Economic Outlook: Are We Approaching a Market Bubble? 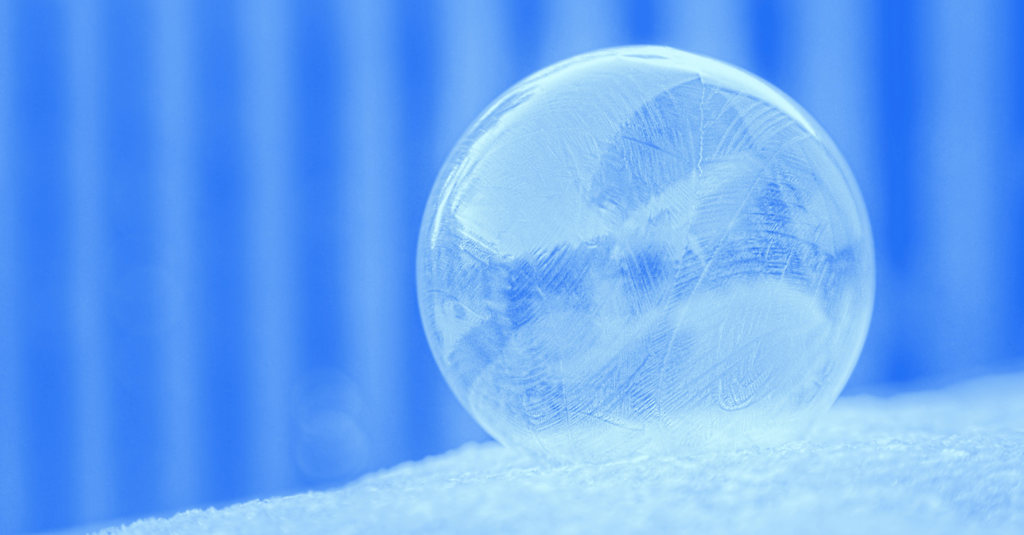 My answer is no. To understand why, we need to dig a little deeper and cover more specifics. First, one must understand what exactly is a market bubble. A market bubble occurs when the price of an asset rapidly rises and is then followed by a steep contraction. The jolt in prices occurs without any fundamentals to support it, and includes a period of extreme greed and overconfidence.

The last element mentioned is key to understanding my answer as to why I don't believe the stock market or economy is in bubble territory. Perhaps Bitcoin and cryptocurrencies are a bubble, but that is a discussion for another day. Anyway, a recent survey by The Boston Consulting Group (BCG) found that investor sentiment is at its most bearish level since 2009. According to the study, 46% (or nearly half) of those who responded have a negative outlook for 2018. Interesting. Such sentiment certainly doesn't show the usual signs of euphoria associated with a bubble. It's possible the answer is that simple, however, let's play devil's advocate for a moment. Maybe there is a valid basis for the lack of confidence going into 2018. This article looks at some of those reasons, as well as other key factors driving our economy along its current path. In doing so, I will be referencing much of the data and research that was presented to me at the Northeast Florida FPA Economic Summit by Dr. Roman Cech, professor of economics at Florida State College at Jacksonville, and Dr. Andres Gallo, professor of economics at the University of North Florida. Furthermore, I offer my interpretation and what it could mean for investors and the economy going into 2018. My goal is to give a balanced perspective so that you, the reader, understand the logic behind the arguments being postured in Washington DC and in the media. Personally, my outlook for 2018 is cautiously optimistic.

FACTORS DRIVING THE LACK OF CONFIDENCE

THE GREAT RECESSION OF 2008

The biggest factor is our recent memory of The Great Recession of 2008 and the housing market crash that ensued. Unfortunately, for most of us, that horrible event has stuck in our minds to this day. Since the housing disaster, we have been waiting for the next shoe to drop. "The Fed's monetary policies are going to cause hyperinflation." Time to buy gold and silver. That turned out well... Insert sarcasm emoji. "The market is overvalued." Value is relative. Besides, corporate earnings continue to exceed Wall Street analysts' expectations. "Volatility is at all-time lows, which means the market is due for a big correction." Maybe. Or maybe our economy is finally healthy again and volatility should be low. Fear, more fear, and even more fear. You would think we are in the middle of another recession! Quite frankly, for most of today's working adults, the Great Recession rattled the confidence of this country harder than any other period of time in our lives.

The only cohort to have lived through worse devastation, The Great Depression, is the generation often dubbed The Greatest Generation (GI Generation). Go find out how long it took to recover from that economic disaster. It was at a magnitude most of us can't begin to fathom. Thank you, World War II for getting us out of that mess. What our economists learned from The Great Depression is that monetary stimulus (loose credit) will reduce the effects of economic contractions. Cast aside all the fear mongering, and that is exactly what our Fed did and needed to do. It isn't coincidental that our country has experienced longer periods of expansions and shorter periods of recessions ever since the World War II era.

The endurance of our current expansion is another argument made by the skeptics. As 2017 comes to its conclusion, consider yourself lucky to be living through the 3rd longest economic expansion in US history -- see Dr. Cech's chart pictured below about US expansions and recessions. As a matter of fact, the current expansion is 1 quarter away from tying for our 2nd longest economic expansion, which occurred from 1961 to 1969. So the reversal of fortune is inevitable. The next economic downturn has to happen soon, right? Logic tells me that the odds favor this argument. However, when I look at the GDP growth rate (2.10%) of our recent recovery, it is much slower compared to our longest expansion on record -- which averaged 3.15%, lasted 40 quarters, and spanned from 1991 to 2001. Note, the current expansion is 34 quarters in age, which is 1.5 years shy of our best mark. Perhaps the slower GDP growth rate will extend the life of our current expansion because the cumulative impact is not even remotely on par with the one that occurred in the 90s.

THE MARKET IS OVERVALUED

Several intelligent people in the investment and financial planning community conclude that the current stock market is overvalued based on historic measures. Industry gurus like Bill Gross and Jim Rogers, for example, believe that we are due for an ugly market correction. People I consider smarter than me, often refer to the "trusty" P/E ratio (Price-to-Earnings ratio) as proof the market is indeed overvalued. However, history has shown that a high P/E ratio does not predict the direction of the stock market in any given year. For reference, the highest P/E ratio for the S&P 500 on record occurred in the year 2000, when it was at 42. Prior to The Great Recession, the stock market P/E was at 27. Today, the Wall Street Journal reports the S&P 500 P/E at 25, with a 1-year forward estimate of 20. Notice how the projected P/E ratio is trending down. That would mean either the price of stocks are going down (they are not), or the that earnings are growing at a faster velocity (precisely). Who knows how long our current momentum will hold? I certainly don't have a crystal ball, but the recent earnings trends seem to go against the skeptics argument in this instance. The important thing to remember is that it wasn't the stock market's P/E ratio that caused the most recent crash, it was the housing bubble bursting.

Let us circle back to the confidence issue referenced in the Boston Consulting Group report. US companies have been hoarding cash ever since the Fed's monetary stimulus in response to the 2008 recession. Meaning it's not just the polls and surveys, businesses are also showing a lack confidence in the economy. Rather than reinvest their money into hiring and paying more for talent, large corporations are using their excess cash to repurchase their stock as a means of growing shareholder returns. While share buybacks have positive effects on stock market returns, this does not move the needle in terms of real economic productivity. Not exactly what the average American wants to hear. Most American's would rather have a purpose and a decent paying job. A pay raise would be nice too.

Much to the chagrin of working-class America, wage growth has been stalling out for quite some time -- see Dr. Cech's exhibit below about inflation versus wage growth below. In other words, the trickle-down economic policies by the Fed have not worked as intended because corporate America is not living up to its end of the bargain. Ever since The Great Recession, companies are playing defense out of fear of what's lurking around the corner. Consequently, the mistrust between the public sector, businesses, and consumers has created the divide and debate we all hear about on the news. However, what isn't being debated is that other government measures are needed to get working Americans out of this rut. The Republican majority, along with Donald Trump, argue that deregulation and tax cuts will be the shot in the arm corporate America and labor markets are looking for. Given recent behavior, the jury is still out with regard to the tax cut theory. What's to stop executives from more share buybacks or using the extra dollars to acquire other businesses? How do we really know these policies will trickle down and create more jobs? I certainly don't trust the greedy nature of Wall Street.

My take is that deregulation will improve wage growth more so than tax cuts. I believe reducing red tape and the risk of litigation will inspire the confidence of executives. With less obstacles, businesses will be more eager to hire, which creates competition for talent and drives wages higher. Whereas, the current tax cuts seem to benefit corporations and wealthy families the most. For example, the rich get richer with the elimination of the estate tax, and can pass wealth from one generation to the next. I'm not sure that is in the spirit of the American dream.

From a longer-term perspective, if the excess proceeds are used for reinvesting in people and infrastructure, then the Trump tax plan will be beneficial towards spurring more jobs and wage growth. Regardless, higher profits due to lower taxes are certainly a benefit to corporate earnings. In turn, this funnels down to anyone who owns stocks inside a 401k, IRA, or brokerage account. As is often the case with changes to public policy, time will tell how impactful -- positively or negatively -- President Trump's policies will have on our economy and markets.

6 REASONS TO BE OPTIMISTIC

Looking ahead, I see more reasons to be optimistic than not. Here are six positive takeaways to keep in mind as we roll into 2018:

# 1 -- Real unemployment is back to a healthy level again. It only took our country 8 years to get there... This, along with labor participation, is especially important to the US economy and market.

# 2 -- Warren Buffet doesn't believe the market is overvalued. They don't call him the "Oracle of Omaha" for nothing! The current investment alternatives are low yielding savings and bonds.

# 3 -- Retail sales continue to jump off the page. Consumers are spending, which is a leading indicator of a growing economy.

#4 -- Deregulation (and possibly tax cuts). Here is a counter argument to cutting taxes.

#5 -- On a relative basis, the current budget deficit and amount of government debt are not as bad as the media make it sound. Therefore, cutting taxes is less of a concern.

#6 -- The housing market is still improving and not in danger of being in bubble territory. 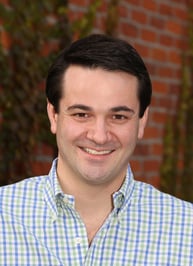 After spending much of his 11-year career in financial services working for a large regional bank and overseeing $44M in assets, Scott Snider broke away to start a fee-only financial planning firm -- Mellen Money Management. Named in memory of his grandparents, Scott's mission is to embody their generosity and serve-first values. Today, Scott works with clients in the Jacksonville, FL and Columbus, OH markets, and offers the convenience of virtual meetings for those that live on the other side of the United States.

Mellen Money Management's services include investment management and comprehensive financial planning, with an emphasis on helping clients quantify and understand the financial impact of key life events. In addition, Scott specializes in helping young professionals and families navigate the confusing maze of college tuition, financial aid, and student loans. It is Scott's mission to ensure that the stress of paying for college is conquered with a proactive plan. More importantly, Scott believes this problem cannot be solved in a vacuum and that any financial tradeoffs, like saving for retirement, should be prioritized with the other goals competing for your money.

Marketing v. Prospecting: Knowing the Difference, and Developing a Plan